A billionaire smoking up while the world watches? You don’t see THAT every day!

Joe Rogan is one of the biggest podcasters in the business.

Being a guest on Joe’s podcast has the same kind of impact on a career that having your book reviewed by Oprah used to have.

He’s kind of a big deal. He has a particular interest in free speech, and getting people to talk about big ideas — especially from wildly differing viewpoints — but remaining civil while he does it. He’s had guests from the business world, academia, politics, left wing, right wing, libertarian, you name it.

It doesn’t matter, he’s open to conversation and big ideas. That’s part of what makes him so popular.

He’s also known for something else… He’s a big fan of pot.

In his informal format, it’s not unusual for Joe and his guests to smoke up while they talk, or have a few drinks.

Imagine everyone’s surprise when billionaire Elon Musk joined him for a blunt while he was a guest on the Podcast.

It was his first time smoking one, and he described it as:
“like a cup of coffee in reverse”.

Naturally, social media lit right up. And then so did the Stock Market: 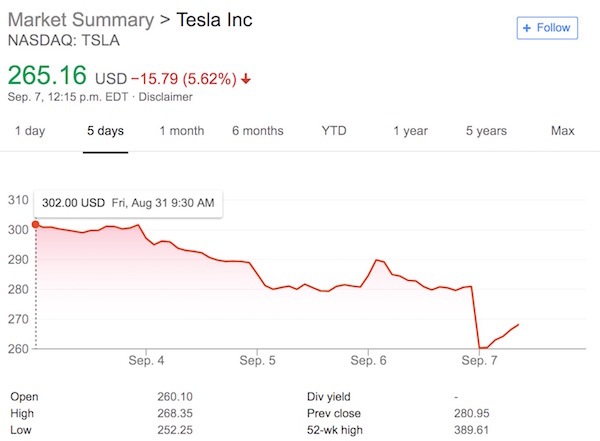 (Oops. Oh well, nothing he can do about that now.)

Actually, it just got worse:

Within the last 24 hours, Elon Musk smoked a blunt live on YouTube, two Tesla executives quit and its stock dropped as much as 10% before recovering some of those losses https://t.co/XCUY3Os98R pic.twitter.com/tncg1lqTux

Two executives QUIT over it?

But what did social media have to say about it?

Elon Musk discusses over two hours modern technological innovations and the headlines this AM “smokes joint & drinks whisky on a comedy show.”
Media in 2018 is laughable

Elon Musk coming out of his Tesla after that podcast … pic.twitter.com/X3I0tvj4e7

“Now hear me out, we put a Taco Bell…..on Mars.” pic.twitter.com/nSDhqtWwb6

But this story is Unrelated to that joke (well, probably):

Elon Musk said he's months away from announcing a 'neurolink' that connects your brain to computers https://t.co/YcPDl5l1KO

Elon Musk is such an innovator he created a way to look lame smoking a blunt pic.twitter.com/dM7Ndd99QA

Elon smoked up for all the world to see, and now Tesla’s in another crisis.

Is it a big deal?

The news about Elon Musk getting stoned...