Nike learned nothing from the public backlash the NFL faced. Now they have a backlash of their own.

Tim Kennedy — UFC fighter and Green Beret — weighed in on the reaction both he and the others at Ft Bragg had to Nike’s new Just Do It spokesman.

Since most everyone in that room knows five or ten other servicemen and women who have given their LIVES in service to this nation, they were unimpressed by Nike’s appeal to Colin’s ‘great sacrifice’.

Think anyone in that room will ever buy another pair of Nikes?

Nope. Not a chance.

His career was in question before he made his Anti-American, anti-cop schtick go viral.

And when Kaepernick’ been living a high life, quietly making bank as a Nike spokesperson for a couple of years, without even being able to make it onto a pro roster, it’s hard to take him seriously as an athlete.

He’s already made his transition to activist. He’s ‘sacrificed’ literally nothing. He’s an OPPORTUNIST, not a martyr.

Which makes this ‘dope’ a strange endorsement for an athletic company to pick. 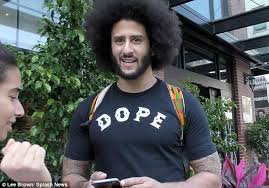 Especially when there are other athletes — even within the NFL — who could rightly claim they knew a thing or two about REAL sacrifice.

It didn’t take the public long to suggest a more worthy candidate for this campaign. Maybe Nike should have thought of that before hitching their economic future to a wildly partisan activist.

Think their board of directors might be rethinking that decision? 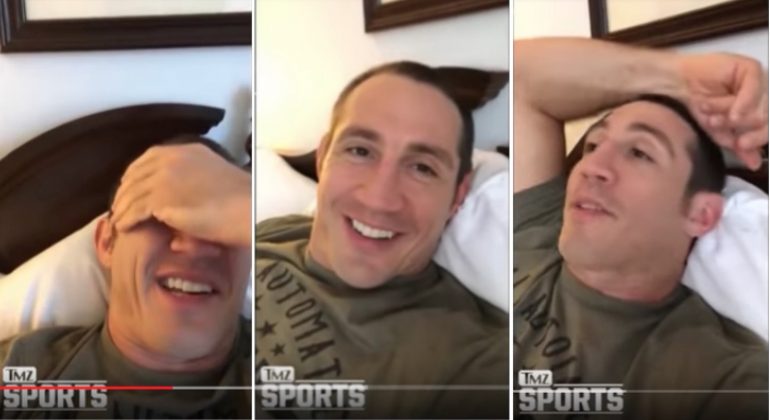 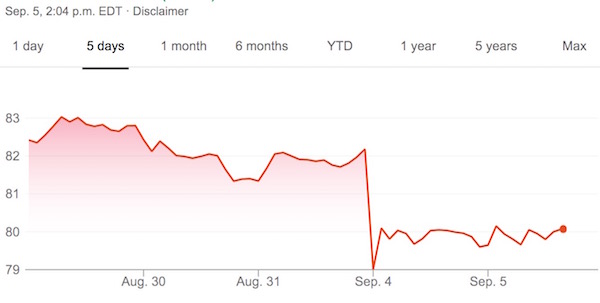 In an otherwise booming economy, this chart will not make shareholders happy.

And the chances of Nike winning back customers they have offended on a level like this one are slim indeed.