We’ve heard that ‘Houston, we have a problem’ so many times. But this time, it’s true.

Technology has advanced to the point that we have the possibility of a whole other kind of brothel. “Possibility” isn’t even the right word for it. One will soon be opening in a Houston neighborhood.

The Jurassic Park question reminds us that not every ‘leading edge’ technology is worth developing. Is this one of them?

Here’s what kind of ‘bots’ paying customers will be debasing themselves with.

Let’s not confuse the issue. There is nothing ‘human’ about this interaction. The company would have very poor business indeed if those ‘bots’ showed their true faces: 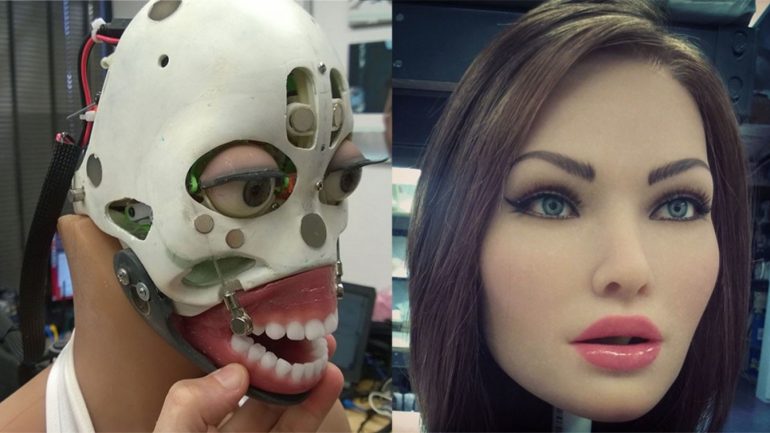 They are the new generation of sex dolls- sex bots that respond to touch and include verbal responses and next week, according to the owner of Kinkys Dolls, its first franchise in the country will open in Houston.

It will be a place where the dolls can be rented for a half hour and up to two hours.

According to the company’s web page for its Toronto operation, customers choose the doll then goes to a private room that’s provided.
Source: ValleyCentral

Some are going to say that this is an improvement because at least women in brothels won’t be subjected to various demeaning, inhuman, and health-compromising treatment.

Others will argue that this further debases and transactionalizes sexual interaction to the point where the participant is trained to give no thought whatsoever for the person on the other side of the equasion, and that this could set new cultural norms and have devastating effects on vulnerable people — often, women.

Are sex-bots a solution to regular prostitution?