The tech giants are not even TRYING to hide their biases anymore.

Aaron Guidry, a Christian praying on Social Media for the protection of children just got flagged. By Facebook.

The wording of his prayer may seem unusual to those used to more traditional forms of church prayer, but in a nutshell, it’s parallel in intent to the phrase in the Lord’s prayer that God ‘lead us not into temptation and deliver us from Evil/the evil one’. (Depending on your translation).

It’s apparently ‘hate’ somehow, to want your kid not to be caught up in a toxic culture.

Come to think of it, they might also think it’s ‘hate’ to call culture toxic, too. Unless you’re talking about guys, of course. It’s ok to call them toxic.

Here was the post. You judge for yourself whether any ‘lines were crossed’.

Remember, the site this was taken from is a Christian group centered around Christ, and a life marked by the intentional following of Jesus, including moral conformity to his Word and the gospel. 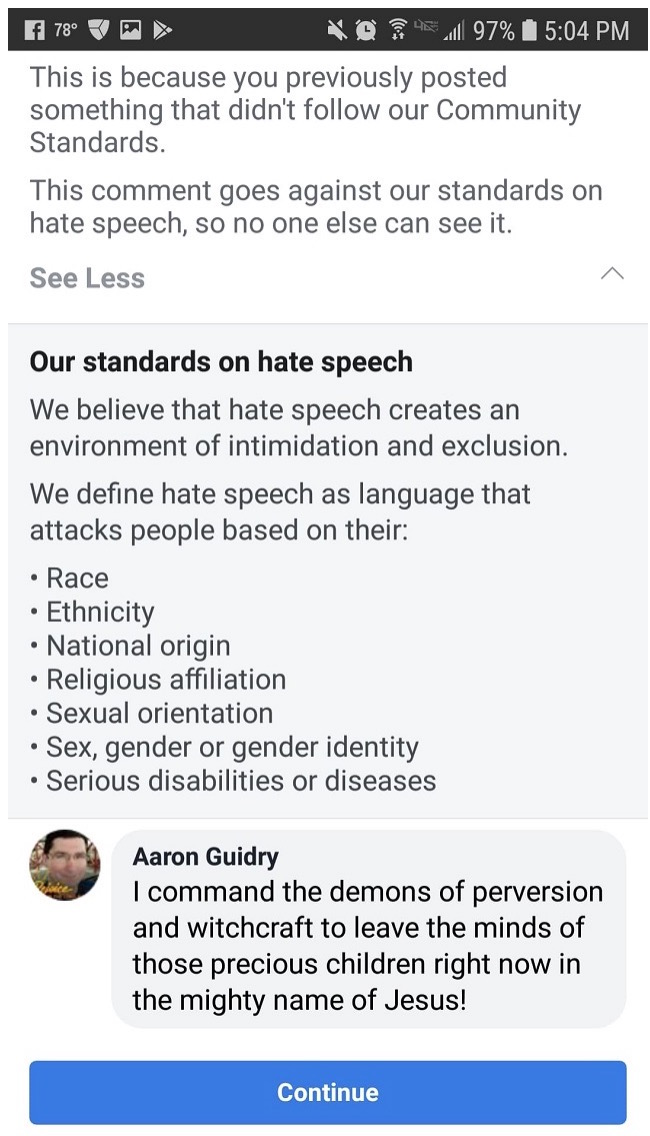 Did Guidry go too far?

Or is Facebook going over the top in their activism and exclusion of Christian and right-of-center content?

Is it really any surprise that the company he made is not aligned with a site that’s so strongly supporting monogamy and traditional marriage?