Something isn’t passing the smell test. Is this going to be 2015 all over again?

If there’s a dangerous situation, and you need to get people to safety, who would you prioritize?

Is it the young men in their prime?

Or is it the women, children, aged and infirm?

There was a time when chivalry — and masculinity — demanded that real men only tend to their own safety once they have made certain that the safety of those who depended upon their masculine strength and courage was secured.

After all, what’s the point of having nature’s masculine physical advantages if those advantages are not employed in the service of caring for their loved ones?

With that in mind, take a look at this photo: 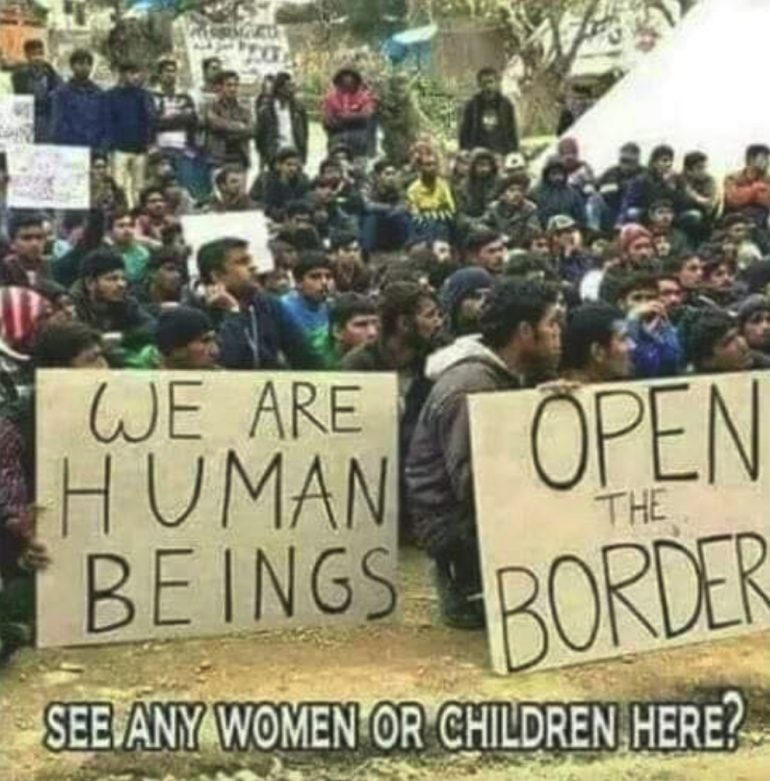 We have been told two conflicting stories.

And as if to prove that latter point we see this story:

An immigrant activist from Phoenix has been arrested in southern Mexico while taking part in a large caravan of several thousand migrants from Central America headed for the U.S. border.

Irineo Mujica was one of the main organizers of last spring’s migrant caravan that prompted President Donald Trump to order the deployment of National Guard troops to the border.

Mujica was arrested Thursday in Ciudad Hidalgo, a town in the southern Mexican state of Chiapas, after the latest caravan made up of at least 5,000 migrants from Central America illegally crossed into Mexico from Tecun Umam, Guatemala.
Soure: AZCentral

Surely we’re not the only ones to see a parallel to stories like these:

‘Sweet Migrants’ Threaten To Kill The Crew That Rescued Them

The similarities go right down to the hostility to their would-be rescuers.

But we’re supposed to take their claims of seeking asylum at face value?

Call me skeptical, but…

HEY, FBI: What’s This About You Investigating Journalists For The ‘Sin’ Of Exposing Pfizer? (Video)
January 22nd, 2022 Conservative Firing Line