Sorry, Social Justice ‘Warriors’ you can cancel the protests… it’s not what you think.

Before anyone had ever heard of the ‘Cola Wars’ there were battle lines over drinks of a stronger variety.

There are places where bragging about the superiority of the ‘wrong’ brand of Whisky (or whiskey, depending on where it was made) could well lead to an impassioned fistfight.

That’s a long way from what’s happening with the latest offering by Johnnie Walker, though.

Snowflakes are sure to hit the panic button over this one.

It’s not some super-secret nod to the Hitler Youth.

It’s a promotion playing off of one of the biggest shows ever to hit TV.

Does the phrase ‘Winter Is Coming’ Ring any bells? Here’s the commercial:

Jonnie Walker is making the brilliant marketing play of linking their brand to the ‘White Walkers’ that catchphrase warns us about.

And it fits perfectly with the cliffhanger the last season ended with.

That enormous wall holding the show’s icy undead at bay in the Frozen North got knocked down, an army of ‘White Walkers’ were spilling out into the settled land to the south, lead by their undead general riding a recently-killed-and-turned dragon. 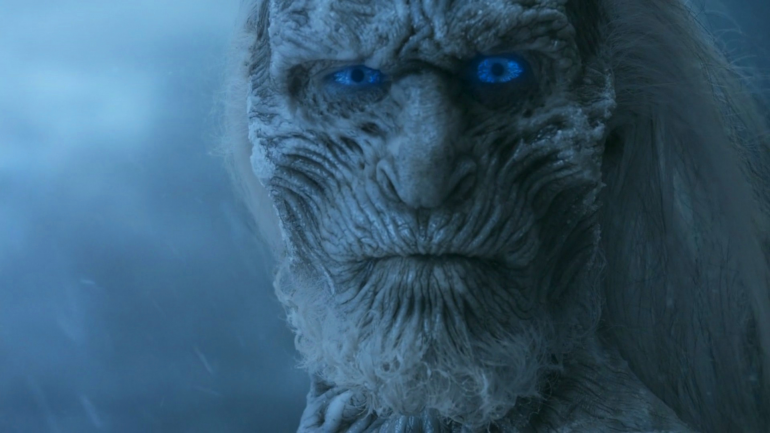 The White Walker whisky, a blend from two single malt scotches from Cardhu and Clynelish distilleries in northern Scotland, is meant to be served freezing cold.

When put in a freezer, the iconic 750ml bottle’s white and blue thermochromic pigmented ink will glow, a nod to the colours emitted by the eyes of the show’s wicked white walkers.

According to AdAge, the drink, attached to the show’s frosty undead, will soon hit stores and airports as result of a new deal between DIAGEO and HBO’s licensing division, which has existing deals for Game of Thrones beers and wine.

Face it – and especially if you’re the sort of person who likes to get everyone’s presents from the airport on the way home – this covers pretty much everyone for Christmas, doesn’t it? Saving time, saving energy and saving lives – we’re a huge fan of this.
Source: LadBible

Why WOULDN’T Jonnie Walker jump at the opportunity?