That Kavanaugh fight gave our Republican Senators something we’ve not seen from them in a long time… Heart. Guts. And would you believe … balls.

They’ve had themselves a personality transplant.

They’re not shrinking back in fear of what polls or public opinion might say about them.

Why would they? They’ve got a human lightning rod running the show. Not only has Trump been able to survive the media onslaught, but our President is also leading by example. He has taught them how to (successfully!) go on the offensive.

And this week’s DNA gong show was too perfect a pitch for our Senators not to take a swing at.

After hearing the ridiculous percentage of “Indian Pedigree” that supposedly ‘proved’ Elizabeth Warren was right about that ‘high cheekbones’ and ‘pow-wow chow’ traditional recipes lifted word-for-word from a cookbook, she claims something in the order of 1/1024 Native Indian heritage… Graham couldn’t help himself.

Senator Lindsey ‘Grahambo’ Graham (R-SC) said, ‘I think I can beat her.’

He calls it his ‘Trump Moment’.

Why does flyover country love Trump? Because he does not cave to the pressure or gaslighting of anyone from the Blue Bubbles on the Left Coast, New York and the Beltway.

He’s exactly the kind of leader the Right needs when facing off against emotional, riotous, shrill Anti-American opponents. He’s a ‘happy warrior’.

Graham said “I’ve been told that my grandmother was part Cherokee Indian. It may all be just talk. But you’re gonna find out in a couple of weeks, cause I’m gonna take this test. I’m taking it, and the results are gonna be revealed here. This is my Trump moment. This is reality TV.
[Q: Why are you going to take, why would you want to do this?]
I’m dying to know. I didn’t really think much about it, but she’s less than one tenth of one percent. I think I can beat her, I think I can beat her.

Can you imagine if he actually DID ‘beat her’?

She’d NEVER live it down.

The next recipe she submits to Pow Wow Chow would have to look something like this: 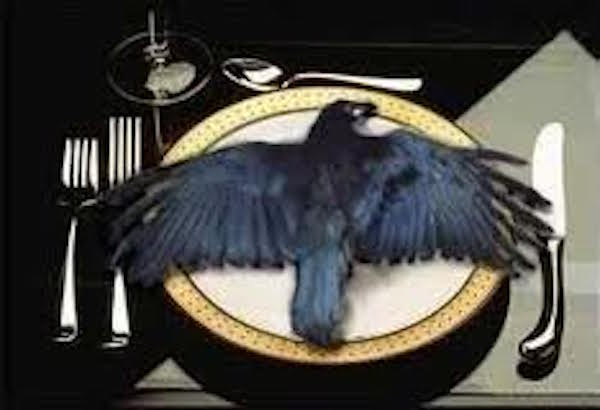 And unlike her, he did it right. He managed expectations. Maybe there’s truth to it. Maybe it’s just talk. But ‘I’m dying to know’!

The fact that they’re willing to troll the people (and topics) around which they used to walk on eggshells is a fantastic sign.