In yet another an example of leftist ‘Hate Trumping Love’, one city has taken aim at… a children’s charity.

Chick-Fil-A had stepped up to use some of their significant corporate wealth to sponsor a Children’s Charity. They’re now being actively opposed by a unanimous city council.

America’s most successful Christian food chain may be driven out of a children’s community event in Pittsburgh over the owners’ Christian-based view of marriage and homosexuality, if the Pittsburgh City Council has its way.

The Chick-fil-A Pittsburgh Kids Marathon is a one-mile run slated for May 2019. The event is for children and their families participating in the annual DICK’S Sporting Goods Pittsburgh Marathon. It’s affiliated with the Kids of STEEL physical activity and nutrition program.
Source: Lifesite

Let’s keep this in context.

Never at any time has Chick-Fil-A been accused of treating employees, applicants or customers — of any sexual persuasion — badly. They were not militant advocates in the marriage question. The owner was asked in a fairly innocuous interview about his views on marriage, years before the Obergefell decision was handed down. “Shockingly”, the guy who’s restaurants remain closed on Sundays believes in traditional marriage. He puts his convictions before what’s merely convenient… including that increasingly-rare conviction of Sabbath-keeping.

The LGBT crowd has identified them as the enemy from that day forward. Although, since they are unapologetically Christian, their open contempt may have less to do with that interview and more to do with the Christian faith of the owner.

Ever since that day, there has been irrationally-passionate resistance to the Chicken franchise. These are the folks who open their restaurant on a Sunday if there’s a regional need or emergency where providing food is an act of compassion.

Chick-Fil-A’s sponsoring of a kids’ charity became a test of one city’s priorities.

Do they bend the knee to interest groups fuelled by past resentments and partisan hatred?

Or do they prioritize the ‘big picture’ of helping kids?

Their vote was unanimous.

All nine members of the Pittsburgh City Council have a problem with Chick-fil-A’s sponsorship of the event, however, and have signed a letter pressuring marathon organizers to drop the company, The Blaze reports.

“The leadership of Chick-Fil-A has openly and passionately promulgated hateful beliefs against the LGBTQIA+ community,” the letter reads. “Additionally, the company has financed organizations staunchly opposed to same-sex marriage and non-discrimination laws and other groups that equate ‘homosexual behavior and lifestyle’ with lawlessness and in opposition to the ‘the [sic] foundation of the family and the basic structure of human society.”

It claims the company’s “sponsorship of an event designed to encourage healthy living represents a significant setback” for Pittsburgh’s efforts to be a “more progressive and welcoming city,” and that it “sends the wrong message” to LGBT children or families who have experienced bullying.
Source: Lifesite

School boards chimed in, too. 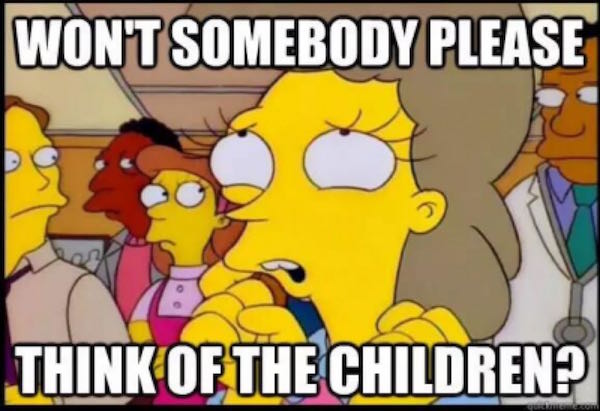 The school board passed a motion forbidding any formal participation with the charity event if Chick-Fil-A remains affiliated with it.

Public School just picked an allegiance to the rainbow flag over helping children.

Judging by this headline: Pittsburgh Public Schools Not Among Pennsylvania’s Best, Study Says maybe they should be focussed less on politicizing the classroom, and more on EDUCATING their students.

You’ll notice that we’re not suggesting that Chick-Fil-A should have nothing to do with a charity event run by Dick’s Sporting Goods.

Many of us will never shop there again because of their position on the Second Amendment. But we won’t object to them raising money for children.

That would be beneath us.

Besides, it would make us as petty as these dopes, and who wants that?