YAWN. How predictable. This is your brain on Hollywood, kiddies.

Seriously, though, why are so many child stars so incredibly messed up?

It couldn’t be that Hollywood is a toxic environment for normalcy, could it?

Alyssa Milano is trying to make Democrats go out and vote and she’s doing it by showing off her very revealing Halloween costume.

You’d think that a #MeToo activist would be concerned about the overt sexualization of ALL OF THE THINGS — but, nope.

She just wants to get out the blue vote. She also wants you to know that she loves America.

On my way to a #TrickorVote party!!

Not doing anything for #Halloween? Have a #TrickorVote party! You can door knock, phone bank, and raise funds for your favorite candidates throughout the country. pic.twitter.com/6RzKwWeGVU

Complete with a tutu, kid-sized shield, and a blue mask à la Fifty Shades of Grey: 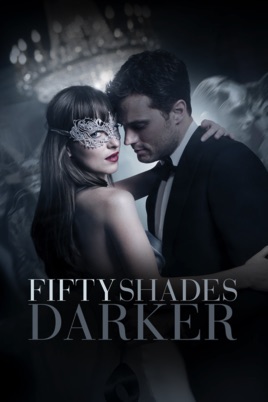 This particular tweet doesn’t mention her overt partisanship, but I think she’s implying it.

Why would anyone want to be a Regressive?

Progressive politicians want you to be inspired to dream big.

Regressive politicians want to roll back your rights through hurtful policy to appease the special interest groups that own them.

Yep, ‘Progressives’ are for progress, just as ‘Antifa’ is anti-fascist.

By the way, I thought that she was going as a ‘Sexy Sunmaid Raisin Girl’ from what I had assumed was the preview of her costume in July when Brett Kavanaugh was named as the Supreme Court nominee. 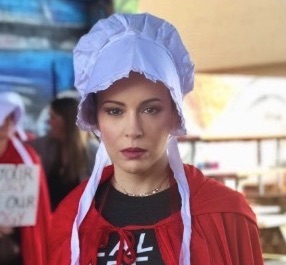 That must’ve been something else.

Milano’s Captain America post got slightly creepy in an exchange with a Republican.

You’re way too handsome to be a republican. But I respect your right to align yourself with a party that puts forth repressive and hurtful policy. Nevertheless, be well and may god bless you and yours.

See, now you’re just trying to tug at my heartstrings because I had posters of you all over my walls when I was a kid!

But, the internets did have a lot of fun with her appeal — and with her choice of costume.

Shouldn’t you be dressed in a commie flag, you sure in the hell don’t like America.

How cute she dressed up as Capt. Puerto Rico.

You are so on the wrong side of the New York Gubernatorial issue. It is very upsetting to sexual assault victims like myself that you would promote Cuomo. You know nothing about the politics here in NY.

I thought it was Leena Dunham at first. Sorry.

I’ve got a garden hose for any socialist loving door knockers. Stay off my lawn.

Isn’t Halloween about the children?

Oh yeah, because that’s what families want to do with their children on Halloween. ????????

You guys are hilarious!