It’s fine when she lets one rip, but God forbid anyone say something about it!

Welcome to Broward County, Florida. Where we’ve got yet another weird story. On the upside, this one doesn’t feature gators or corrupt government officials.

It does, however, involve a Dollar Store.

One guy — John Walker — was standing in line at the checkout, as people normally do, when things got ugly in a hurry.

First off, the woman (we’ll not call her a ‘lady’) let rip with a noisy fart, and John ‘rudely’ said something about it. It led to an argument.

Frankly, if you drop a bomb like that in close proximity to someone who can’t just walk away, you should almost expect to hear some complain about it.

But 37-year-old Shanetta Yvette Wilson didn’t appreciate having her honor impugned by someone stating the obvious, and she got loud.

That’s just the ‘nasty’ part. It got worse.

She pulled a knife.

No, really. The woman who farted in line and got called out for it pulled out a knife right there in the Dollar General.

Wilson allegedly pulled a small “lock back knife” from her purse, “opened the knife and told the victim she was going to ‘gut’ him,” the police report said.

While doing so, she pulled back her right hand with the knife as if she was going to attack the victim with it, the report read.

Walker was “in fear that he was going to be stabbed by the defendant,” the affidavit read.

After police were called, Wilson was found by deputies in the area of 45 NW 5th Ave. and identified by Walker.

Wilson was arrested and taken to the Paul Rein Detention Facility in Pompano Beach. Her bail was set at $2,500.
Source: MiamiHerald 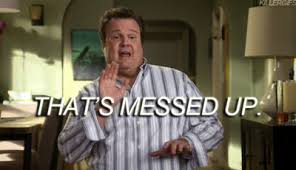 For those keeping score at home, Dania Beach is somewhere between Miami and Ft Lauderdale, in the same county that gave us the never-ending Midterm Election recount.