People have been scrutinizing that border-crossing photo with the mom and two kids in the foreground… and the reactions are mixed.

What do YOU think about the photo?

Is it legit or staged?

Was that emotional border photo real or staged?

We know how the media loves to use a compelling photo to really drive a story.

One photo of a drowned toddler in 2015 played a huge part in initiating Europe’s Immigration Crisis.

You may remember it: 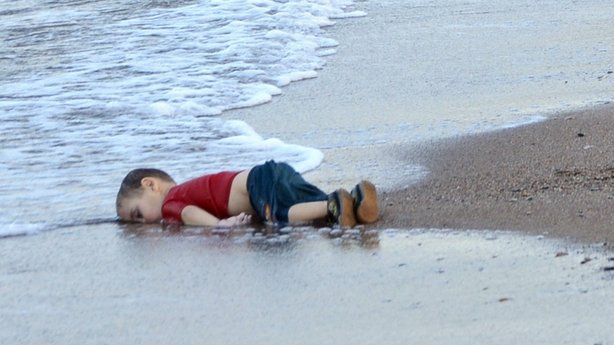 It was only much later that we learned that key aspects of the sob story we were told didn’t exactly check out.

Closer to home, we saw a photo that was so compelling it was Photoshopped next to the President on the cover of Time Magazine to send a particular (hostile) message about the border policy. 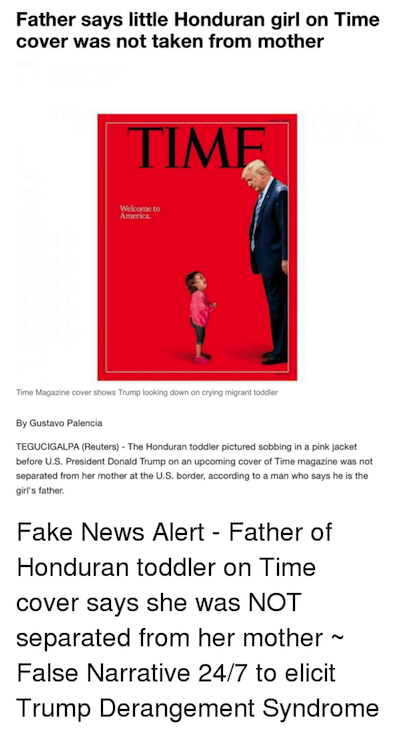 The toddler’s own dad called Bullsh-t on the story, but of course, the damage was already done.

The photo pushing a lie about kids being “ripped out of” mom’s arms had been unleashed. Truth be damned.

Now we’re looking at another potentially ‘iconic’ photo. We’ve been burned before by the vaunted ‘Free Press’. Should we trust it?

Some have already begun pointing out elements of the photo that make them say … ‘hold on a minute’.

The narrative is that they are fleeing tear gas.

Was the widely-shared photo of a migrant mother 'fleeing tear gas' with children at the U.S. border… staged? https://t.co/xNUS0TyHzK pic.twitter.com/bVH0vaXXbG

This sums up the problem succinctly:

But one observant Twitterer found some unusual things in the very same picture posted above. In the background, it appears as if many people are not fleeing anything, and a photographer with a camera on a tripod appears to be taking pictures of a child running as another photographer shoots people “posing as if fleeing.”
Source: DailyWire

It wasn’t just him.

Look at the high resolution picture of the guys in the back holding each other for the photographer to make it look like they are running. They know how naive & foolish the liberal/Progressive/normal viewer brainwash gang is. https://t.co/cgOkTkdoZF

Real or staged? What do you think?