The accusation is that the Harts were ‘culturally insensitive’ to Native Americans.

Kevin and Eniko Hart threw a themed birthday party for their son, Kenzo who turned 1.

It was held on Thanksgiving, and they chose a ‘Cowboys and Indians’ theme.

In 2018 where everything is offensive, that was a bad choice.

Turning to one of America’s most popular time periods, Kevin Hart, 39, and his wife Eniko chose a ‘cowboys & indians’ motif to lend some cohesiveness to the fun-filled evening.

The couple, however, may now be regretting their decision as they are catching some serious flack for the culturally insensitive subject matter.

The Daily Mail’s article includes that Native American history is a ‘controversial and difficult topic’ and that the subject is ‘rubbed rather raw’ between Columbus Day and Thanksgiving.

Of course, there were certainly injustices committed against Native Americans a long time ago, but that wasn’t just one-sided. You’re not allowed to say that, though. Nor are you permitted to say that some Native tribes were absolutely atrocious to neighboring tribes. That’s not to diminish the treatment of Natives by European settlers, but there’s enough good that occurred because of the interactions that get ignored, and enough horrific stuff that everyone can be tarred as awful. So there, I’ve said it.

Besides, this is a birthday party for a one-year-old, not an assessment of the plight and injustices felt by indigenous peoples throughout American history.

Get a grip, people!

But Eniko didn’t have any problem with the theme (or at least didn’t see it initially) when she shared photos from the event to her Instagram, and captioned them ‘Zos cowboys & indians party was nothing but amazing! Thanks to everyone for coming.. we love you guys!’

The image showed various family members and friends dressed in what is often put forward as traditional Native American regalia.

The birthday boy was dressed as an adorable cowboy. 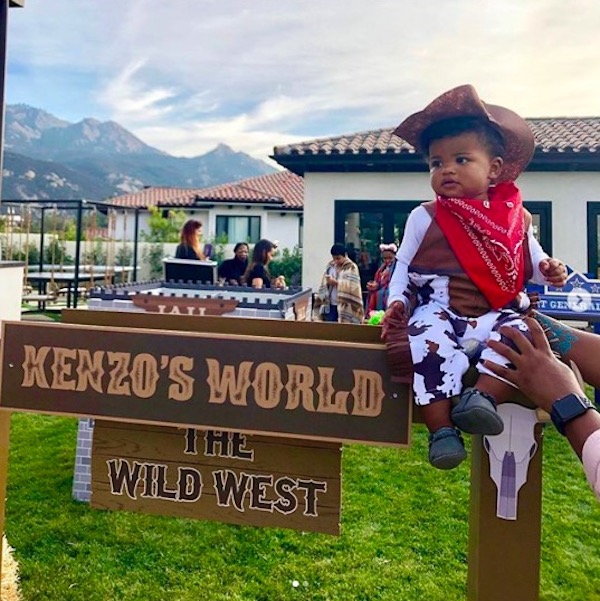 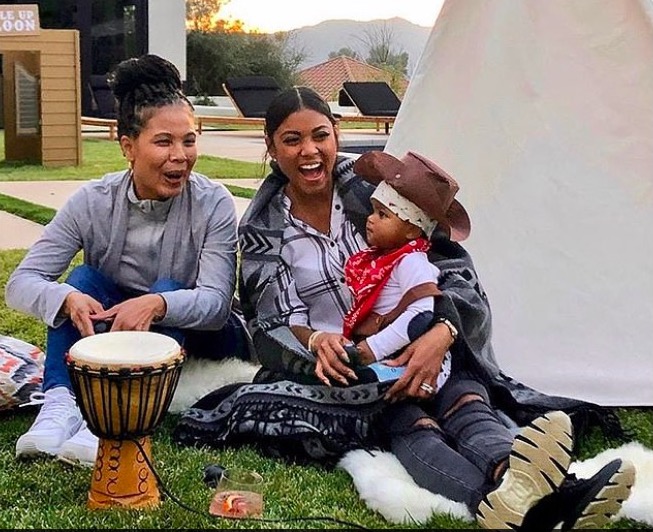 While several attendees wrapped up in colorful Navajo-style blankets for a couple of photos: 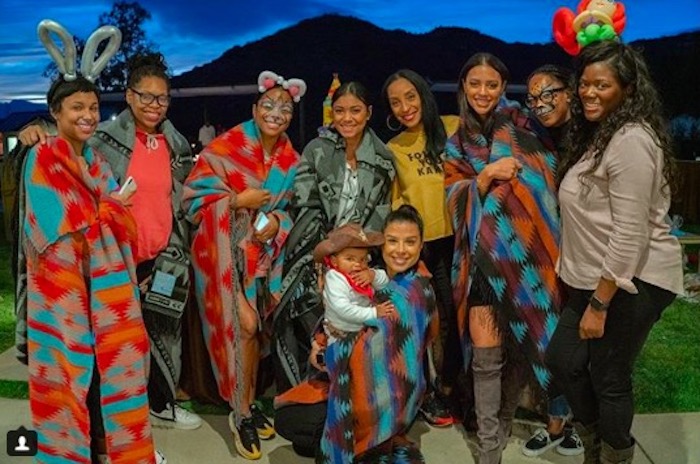 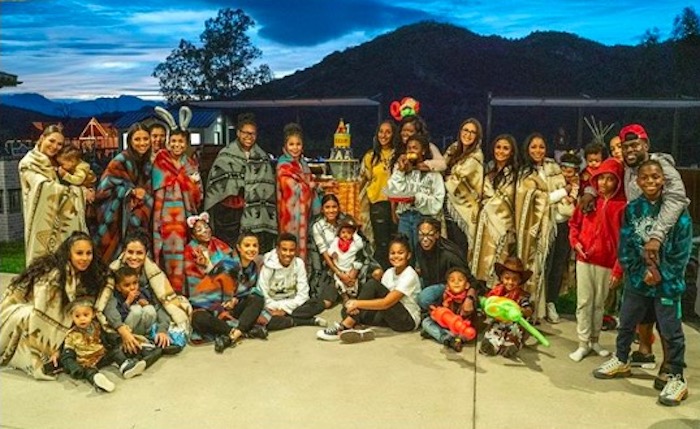 Is that appropriation or appreciation?

I think those blankets are gorgeous, does that make me a bigot? I seriously don’t even know anymore.

Imagine the outrage if they had used this antique Navajo blanket with a swastika on it. 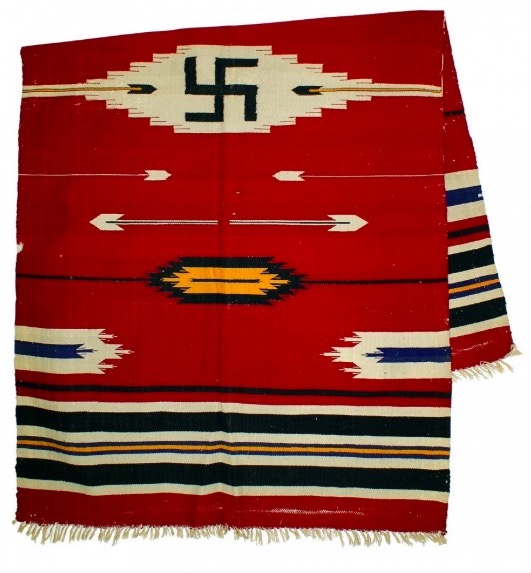 Yes, that is indeed a black swastika on a white background on a field of red.

Nevertheless, people were offended by much less offensive blankets.

Eniko’s Instagram users quickly let her know their feelings about the theme she chose.

‘I’m sure your intentions were innocent but as an American “Indian” I thought we have gotten passed this level of ignorance. No disrespect to you and yours but geeez!,’ wrote user so_ono.

While running_esquire@ky_12 commented, ‘pure f***ing TRASH. I am amazed at the level of ignorance displayed in this picture.’

So… lemme get this straight…

The couple that is of African American heritage — a group that historically suffered from slavery, racism, and oppressive Jim Crow laws — should be more culturally sensitive to Native Americans because they’re offended at a birthday party theme for a toddler?

Watch the Hart family feeding the birthday boy cake featuring teepees on it:

I long for the day when people aren’t offended at every single thing.

Fortunately, there were many comments on Eniko’s Instagram pics telling them to just ignore the haters.

If You Are In The Market For A Good .44 Magnum…Then Check These Babies Out
Great American Outdoors