The next time the ‘resist’ dopes start in with their ‘literally Hitler’ rants… show them this.

If you’re going to compare a duly-elected president to one of history’s more notorious villains, you will need to offer some evidence to support your view.

As it is, we’ve got people in black masks saying that anyone they don’t like is ‘a Nazi’ that they have some sacrosanct right to beat the hell out of… how do we know this thinking is ‘flawed’? Because we’ve seen videos of them mistaking one of their own group for the ‘hated enemy’ and they knocked the hell out of them, too.

They aren’t the righteous crusaders they paint themselves to be. They’re petty thugs.

So the Nazi claim needs some backing up. For example:

Oh look — he’s not very Nazi-like at all? Especially with Israel now naming buildings after him.

The old ‘literally Hitler’ game is not a new one.

The left has been playing it for a long time, even though the only one who is ‘literally Hitler’ died along with his Third Reich.

Remember Dubya, the Never Trumper loved by the left for hanging out with Michelle Obama and shares his candy? 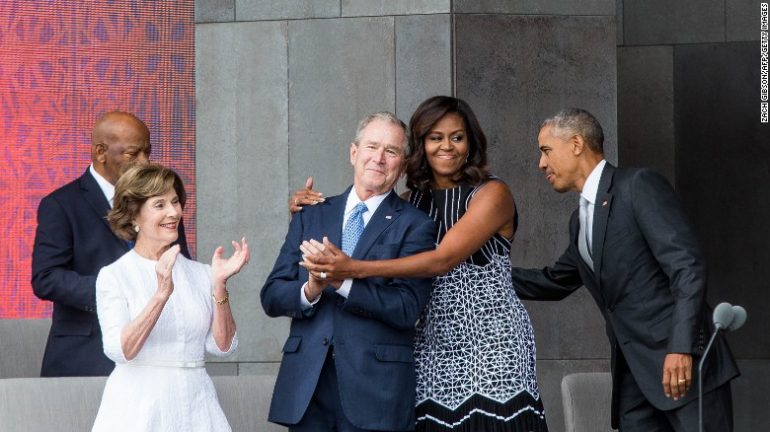 It might surprise some younger readers that Dubya wasn’t always so loved by the media: 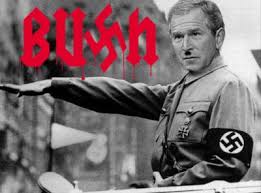 In fact, pretty much anyone to the Right of Lenin gets tagged as Hitler.

So it shouldn’t surprise anyone that President Trump is compared to Hitler by leftists. It’s pretty much a knee-jerk reaction for them now.