Typical, they see phantom ‘racism’ everywhere else, while the real thing was sitting right under their nose.

It’s enough to make you wonder what else the Media(D) have been missing. (NBC, for instance, is taking heat for doing practically nothing about the general conditions that led to Matt Lauer’s firing.)

CNN’s Mark Lamont Hill went to a UN event as an activist and had some things to say about Israel, Palestine (not to mention some unflattering views of the NYPD) that raised more than a few eyebrows. He spoke about the Black Activists he took with him to ‘Palestine’.

The straw that broke the camel’s back, however, was how he chose to end this clip. See if you can spot it:

We have an opportunity to not just offer solidarity in words, but to commit to political action, grassroots action, local action, and international action, that will give us what justice requires and that is a free Palestine, from the River to the Sea.

Jewish viewers immediately recognized that language as being lifted directly from Hamas Propaganda.

What do you think he means by the phrase ‘From the River To The Sea’? If you’re going to use that as the closing argument, the exclamation point, even, of a speech to the UN, shouldn’t you at least KNOW what that means?

Here’s a map of Israel for a point of reference. 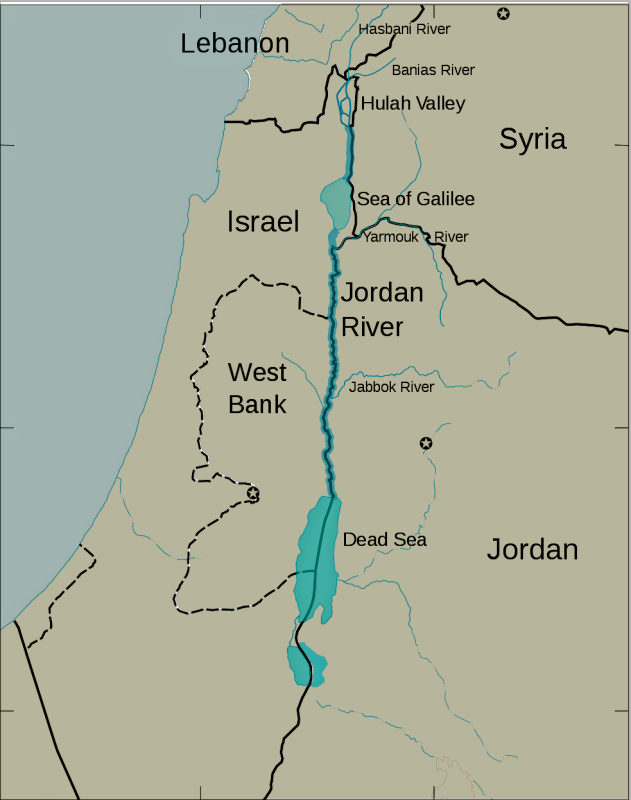 Notice the Mediterranian on the far left, and the Jordan River along Israel’s Eastern Border.

What could ‘Palestine’, run by their duly-elected Terrorist affiliated Hamas *possibly* mean by the phrase ‘from the River to the Sea’? Let’s pull up an article by no less than CNN itself from 2017:

He added: “Hamas does not wage a struggle against the Jews because they are Jewish but wages a struggle against the Zionists who occupy Palestine.”
The new document also drops specific reference to Hamas’s own religious roots in the Muslim Brotherhood. That’s something likely designed to appeal to a number of Arab states, in particular Egypt.
And even though the new document accepts the idea of a Palestinian state on 1967 lines, this does not mean it foresees “any alternative to the full and complete liberation of Palestine, from the river to the sea.” And it defends armed resistance, stating, “The resistance to occupation, by all means and methods, is a legitimate right guaranteed by divine laws, customs and international laws.”
Source: CNN

It’s the elimination of Israel. Hamas’s own charter calls for driving Israel into the sea.

Critics have pointed out that the CNN personality has had a history of Anti-Semetic statements. 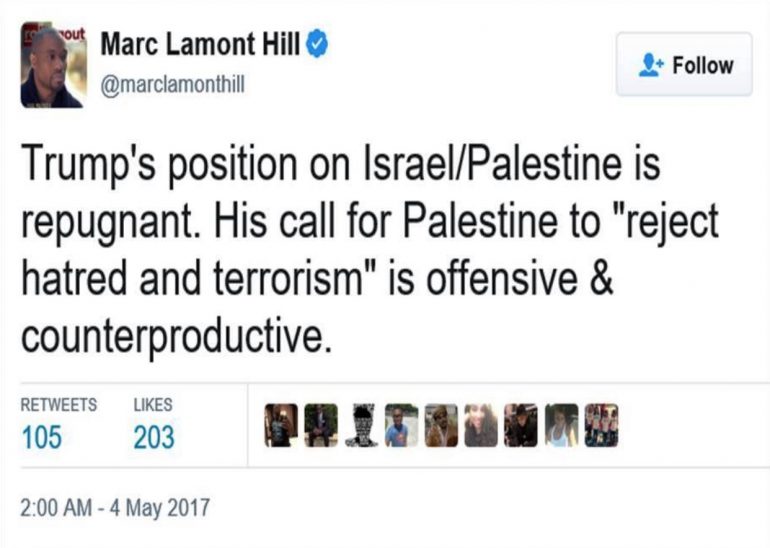 Heh. After all of CNN’s Trump-bashing, how satisfying is it to see that clip?