If this was supposed to hurt Dan Crenshaw’s election chances, it backfired horribly.

By now you’ve heard about SNL’s “Weekend Update” where Pete Davidson made fun of the former Navy Seal who lost an eye and wears an eyepatch. (His amazing story, including how he was deployed again, twice, AFTER losing his eye can be found here.)

Totally cheap, disgusting and classless of SNL to have Pete Davidson mock Dan Crenshaw for wearing an eye patch…then giggle that he was injured in the line of duty.@DanCrenshawTX is a Navy SEAL and hero who lost his eye in an IED attack in Afghanistan. pic.twitter.com/7VbMohQ3t2

Way to keep it classy, SNL.

But if it was meant to hurt the GOP, it did anything but. First, Crenshaw’s reply was nothing but class.

He said they probably should apologize, but he’s not going to ask for them to for one. He knows that these apologies are meaningless empty ritual anyway.

An admirer of comedy, he dismissed the potential offense, instead pointing out that the joke just wasn’t funny. He elaborated to T.M.Z., “Veterans across the country probably don’t feel as though their wounds they received in battle should be the subject of a bad punch line for a bad joke. And here’s the real atrocity in all this: It wasn’t even funny. It was not original, it was not funny. It was just mean-spirited.”
Source: The Federalist

But just like Mitch McConnell turned his opponent’s insult into his own advantage with that ‘Cocaine Mitch’ rebranding, there’s endless upside for Crenshaw here.

Yes, the bump in polls is part of it…

The war vet Pete Davidson disrespected on ‘SNL’ concedes there may be a silver lining … he’s now a stand-out in Tuesday’s midterm election.

Texas congressional candidate Dan Crenshaw told us on “TMZ Live” … this could turn into a Beyonce moment … turning the ‘SNL’ lemons he’s been given into sweet, sweet lemonade … which could translate into a win for him when the polls close on Tuesday night.
Source: TMZ

But that’s not all…

People have begun to notice that he’s a good looking guy too. You don’t have to take my word for it, here’s The Federalist’s Ellie Bufkin: 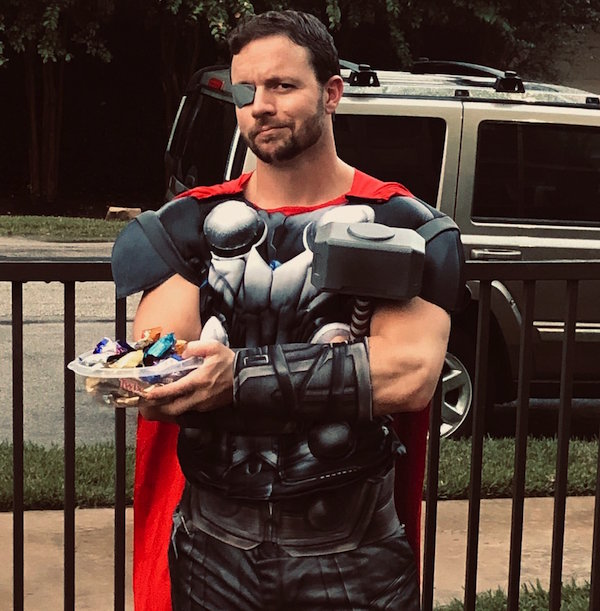 Crenshaw is the sexy congressman America needs right now. He is a man who defines himself by standing firm on his issues, doing anything in his power to defend his home, and dedicating his life in service of a country he loves. He also dresses like Thor to hand out candy on Halloween.

He brushed off an offensive swipe at his conservative politics because he knows that “Saturday Night Live” is not a worthy adversary. Perhaps Davidson thought he would get a laugh making fun of a man missing an eye, but what he did was put an American hero into a spotlight that has too long been crowded with men of weak character and bad jokes.

If SNL was trying to derail Crenshaw’s political aspirations, they have failed. America is ready for candidates like him to represent our value in freedom, and our appreciation for those that risk everything to defend it. Thank you, SNL, for bringing such a wonderful, ruggedly good-looking man to our attention.
Source: The Federalist

And in case anyone was wondering… sorry, ladies. He’s already married.

Crenshaw also has a fantastic sense of humor: