She filmed this. Maybe she thought jumping into a frozen lake would get some social media attention… a trip to the hospital was NOT part of the plan.

The unnamed girl could never have dreamed this little stunt would make her wind up as an international headline.

A cute blond girl in skimpy bikini jumping into a frozen lake would have all the requisite ingredients for a viral post.

She was not expecting to add ‘spectacular fail’ to that recipe.

Hold my beer while I jump in this frozen lake. pic.twitter.com/98GndquwaA

What happened next could have been avoided had she tested the thickness of the ice on the lake.

The slim young woman was nowhere near heavy enough to punch through the ice on the lake.

The ice didn’t break. But her ankle sure did. 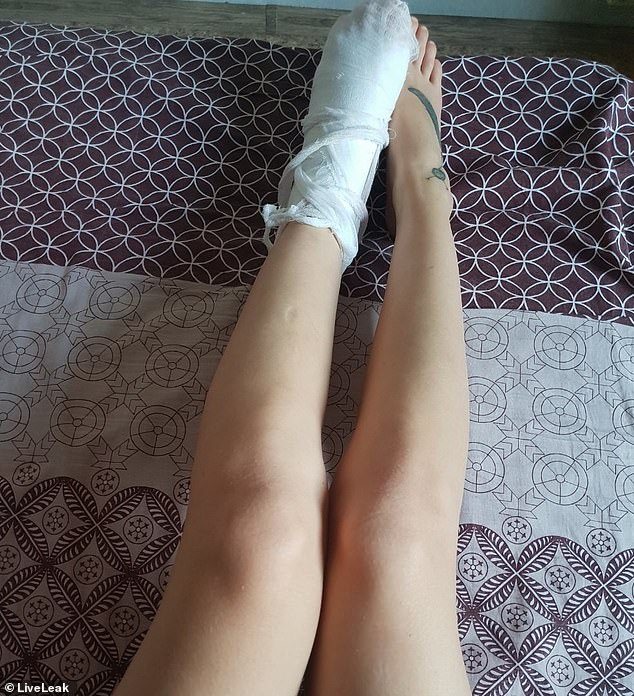 Live in learn, I guess.

Here’s 20+ Reasons Why Christians Should Vote For Trump

Fleeing Babylon: Here’s Why You Should Leave Big Democratic Cities

Louisville Braces For Riots As Only 1 Officer Involved in Breonna Taylor Killing Is Charged
September 23rd, 2020 Sons of Liberty Media