Al Gore is basically the Bernie Madoff of Environmental Science … and he’s made himself a tidy sum while doing it.

Al Gore has made some very — Bold — predictions in his day. Predictions that haven’t exactly worked out the way he said they would.

The 2008 video has been deleted (surprise, surprise) but he said it again in Copenhagen in 2009:

He didn’t just repeat it there, he doubled down. The climate change crowd still hails him as a hero for helping to mainstream his pet political issue. And they get really prickly if you start poking around at any of their sacred cows.

Headlines get packed with trendy buzzwords like ‘settled science’, ‘scientific consensus’, or ‘climate change deniers’. You can’t tackle the Al Gore issue without addressing those too, so let’s deal with that first.

None of those phrases are actually “science”. They’re marketing and framing of an issue. They have nothing to do with science itself. A historical example can help show what we mean.

Back in the 1980s there was a ‘HUGE’ news story about a breakthrough discovery. Scientists had discovered “Cold fusion” — or so they claimed. There was only one problem — their model turned out to be unrepeatable and was eventually proven to be bogus.

That’s the cool thing about true science. Either it is true, or it is false. If it is false, all the pretty words in the world cannot force it to be true.

Which takes us back to Al Gore. First, he lose a court battle over ‘Nine Critical Errors’ he made in his movie ironically named: “Inconvenient Truth”.

In September, he spouted propaganda that got him publicly slapped down by a PHD grounded in actual facts:

Al Gore just (fraudulently) claimed without any evidence that we've never had hurricanes in both the Atlantic and Pacific making landfall at same time. #GCAS2018

Even Nature seemed to celebrate the anniversary by mocking him with a dump of snow in Africa:

But now, we have all lived long enough to put Gore’s original claims to the test. Either the polar ice cap is gone, or it isn’t.

… here’s a Post-summer image with what looks like quite a lot of ice still there. 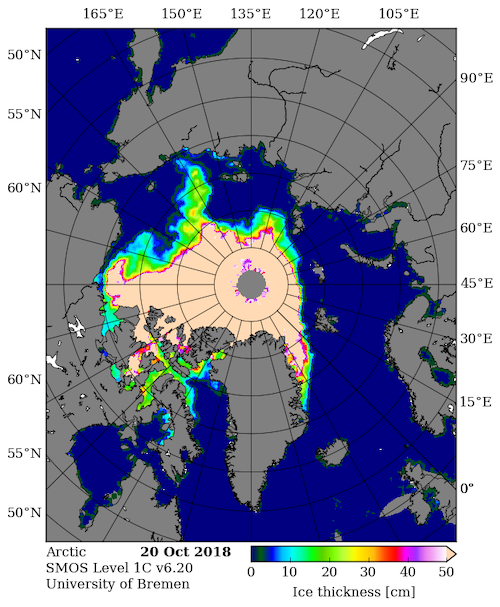 Why the hell should we believe a guy who claims that he ‘invented the internet’?

If you want to go past the climate cult’s official talking points, you may enjoy this clip:

Of course, the cultists won’t like it at all. But don’t bother arguing with them, which is pointless. Instead, try asking for an honest answer to just one question.

If Al Gore is so very certain that the world faces imminent danger from rising oceans (and let’s even forget the carbon footprint for the moment)… why did he buy his $8.9 Million mansion in the coastal community of Montecito?