Well, that seems like a reasonable start, don’t you think?

Christina Hoff Sommers is known as the Factual Feminist on YouTube or, affectionately called ‘Based Mom‘ by the GamerGate crowd after her video refuting feminist Anita Sarkeesian titled, ‘Are Video Games Sexist?‘

She is now a co-host of Femsplaining, a gossipy, fun, entertaining podcast, which deals with contemporary issues with a cocktail in hand and some fantastic experts in their fields.

Sommers is a former Philosophy professor, a resident scholar of the American Enterprise Institute, an advocate for contemporary feminism, and an author of such humdingers as ‘The War Against Boys‘ and ‘Who Stole Feminism? How Women Have Betrayed Women‘.

Yes, I am fangirling right now.

But she’s not well-liked by the feminist crowd.

Here’s a perfect example of why that is.  Her tweet from 2015 is still resonating with the conservative crowd.

Your income is based on your career choices? The hell you say?

Based Mom has been tackling the ‘Gender Wage Gap’ constantly and it was #5 in her list of 6 Feminist Myths That Will Not Die that was published by Time Magazine.

Here’s why she says that the claim that women make 77 cents for each dollar that a man makes is bunk:

No matter how many times this wage gap claim is decisively refuted by economists, it always comes back. The bottom line: the 23-cent gender pay gap is simply the difference between the average earnings of all men and women working full-time. It does not account for differences in occupations, positions, education, job tenure or hours worked per week. When such relevant factorsare considered, the wage gap narrows to the point of vanishing.

Wage gap activists say women with identical backgrounds and jobs as men still earn less. But they always fail to take into account critical variables. Activist groups like the National Organization for Women have a fallback position: that women’s education and career choices are not truly free—they are driven by powerful sexist stereotypes. In this view, women’s tendency to retreat from the workplace to raise children or to enter fields like early childhood education and psychology, rather than better paying professions like petroleum engineering, is evidence of continued social coercion. Here is the problem: American women are among the best informed and most self-determining human beings in the world. To say that they are manipulated into their life choices by forces beyond their control is divorced from reality and demeaning, to boot.

Sommers has been critiqued and labeled ‘right wing’ but…

In 2014, she critiqued President Obama’s State of the Union address for repeating the ‘massively discredited factoid’ about the income disparity between men and women and challenged him to do something about his own White House’s ‘War On Women’ for their 88-cent on the dollar gender pay gap.

This juggling of statistics isn’t helping to dispell this persistent myth that there is a Gender Wage Gap. The fact is that men and women are different and have different priorities. Many women want to be able to care for children and have flexible hours, men are more willing to make sacrifices in their personal lives in order to achieve their work goals, or to provide for their families.

I know that’s a huge generalization, but by and large, it’s true. 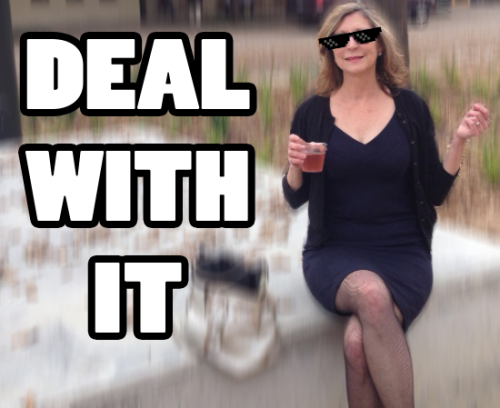 Professor says Civics out, Anti-Americanism IN!
May 16th, 2021 The Joe Messina Show