Hey mom and dad — in some places, the GOVERNMENT are the REAL ‘parents’ of your children. Parental wishes be damned.

The most extreme example of this was seen in situations like little Charlie Gard, where the British Government went to court to prevent parents from seeking life-saving health care options beyond the watchful eye of the ‘benevolent’ Government Health Care system.

For the ‘greater good’ of course.

Does it really surprise anyone that the same government that believes it has a right to overrule parental wishes about their children’s health care options shouldn’t similarly believe they should tell parents exactly what they are allowed to teach their precious darlings? 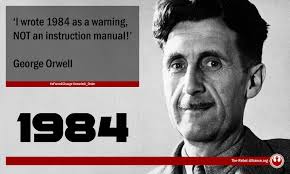 A Christian parent objected to the mandatory “Pride Celebration” her young child was expected to attend, and went to the school’s administrators with her concerns.

The child in question is FIVE years old. As a result of the parent’s objections, the five-year-old received FOUR HOURS of DETENTION, and the parent was barred from entering the school to challenge that punishment. Punished for the PARENT’s ‘bad’ behavior.

How Machiavellian is that?

Think back to that argument of how harmless the agenda truly was going to be when same-sex ‘marriage’ was the national conversation. How could this possibly hurt anyone who isn’t gay?

Here’s your answer. The end game wasn’t mere acceptance, but cultural conquest. The blew right past that goal, and moved on to claiming the right to redefine language however they saw fit, and punish anyone who doesn’t agree with it.

Look at Kevin Hart’s opportunity to be an Oscar host. Look at the social campaign against Chick Fil A. Look at the firing of Mozilla’s CEO for giving a campaign donation to the ‘wrong’ cause.

Look at how some troglodyte reporter from USA Today ruined the big day of a Heisman Trophy winner because he dug up some tweets from when the rising star was too young to shave.

CLC’s Robert Kiska told LifeSiteNews that when Adhedo met with Susan Papas, the principal, or “headteacher,” on September 19 to discuss her concerns, she was confronted by a teacher – the principal’s daughter – wearing an aggressively pro-LGBT T-shirt.

The t-shirt asked, “‘Why be racist, sexist, homophobic or transphobic, when you can just be quiet?’” 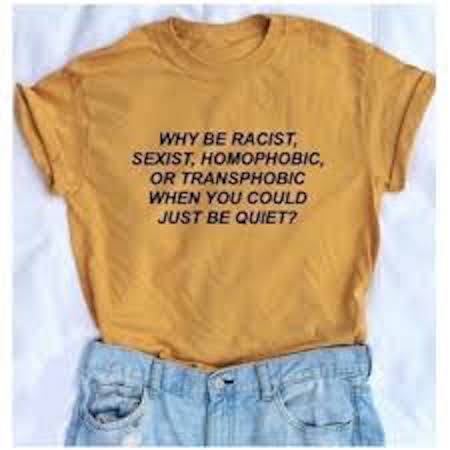 On October 8, the school sent Adhedo a letter “which basically dismisses her complaint,” Kiska said, arguing that since corporate Pride events are deemed acceptable, they are acceptable in schools.

On the same day, Adhedo’s five-year-old son was “for the first time in his life” given a detention – for three hours. The next day he was put in detention for one hour.

On October 12, Adhedo came to the school to discuss her son’s treatment, but she was barred from the building.

…“After I complained about my young child being forced to take place in an event that goes against our Christian beliefs, the school’s attitude towards me changed completely. I know other parents who are afraid to speak up because of how the school has treated me,” she said.

“It was like being bullied. They stopped treating me like any other parent but were antagonistic towards me. I believe that they retaliated against me by unreasonably excluding me from the premises, victimising my child and not taking my safeguarding concerns seriously,” she continued.

“I wasn’t even trying to stop the Pride event. I just wanted my child to receive an education, rather than indoctrination.”

…“It goes beyond a parade, including children being read to from certain books and posters being put on walls,” he said. “When you start making that the enterprise of education it becomes proselytizing.”
Source: Lifesite

In the words of Pink Floyd…

Mao… Stalin… That German guy with the funny mustache from the 1930s and 40s.

It tends to end badly.

VIDEO: Conservative Icon Tears Through 30 Pushups to Teach Reporter a Lesson
May 7th, 2021 Flag And Cross

“Biden” Admin Considering ONE BILLION in Humanitarian Aid To Terror Regime In Iran As a Show of Goodwill -CNN
May 7th, 2021 Sons of Liberty Media

WATCH: Democrat Congressman Says ‘The Border Is Not Under Control’ And It’s A ‘Shell Game’ For Optics
May 7th, 2021 Clash Daily

Presenting Irrefutable Proof That The Temple Mount Is Jewish
May 7th, 2021 The Lid