Yikes, what happened, are we SURE this is the same guy?

Remember back — Waaaaay back — during Bush 41’s First year as President? A scrappy up-and-comer from Michigan proved that you don’t have to be black to make a name for yourself while rapping?

Thirty years ago, that was a guy rapping under the name Eminem.

Some people that were famous back then still look pretty good — Bruce Willis, for example. Marshall Mathers (‘Eminem’) isn’t one of them.

He’s got more of a Sinead O’Connor, or Ellen Degeneres look about him.

Must have something to with his pseudo-masculinity. 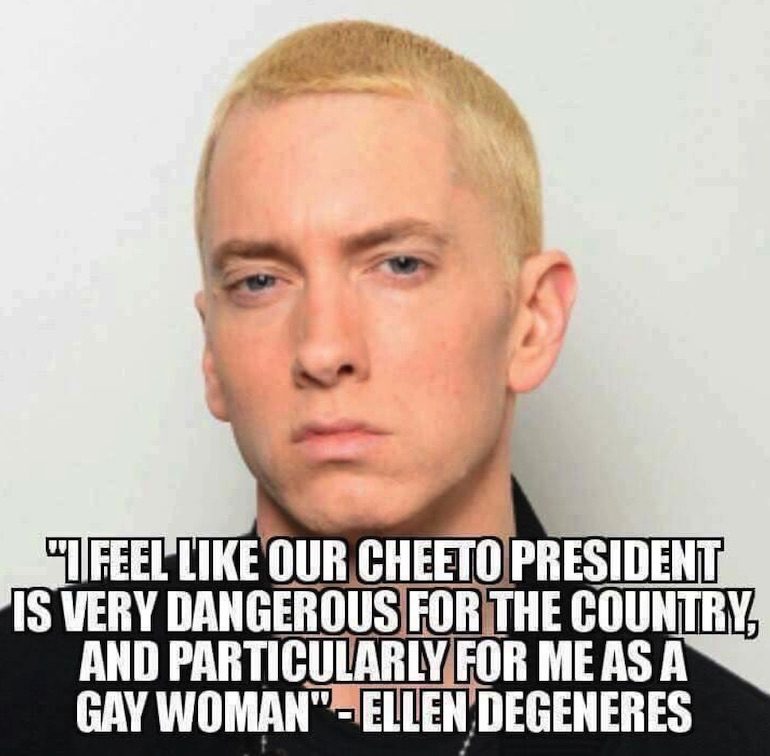 Whoops. That was a quote from Ellen?

Are you sure? Has anyone actually seen them in the same place at the same time?

Not that it really matters. They’re both rabidly anti-Trump in spectacularly stupid ways.

Ellen for one made the quote in the picture, without any evidence whatsoever that he’s done a single thing to “infringe upon” the rights of anyone at all.

He’s not playing along with intersectional politics, sure… but that’s because he’s pushing for maximum individual rights and minimal government hassle for ALL people, regardless of race, gender, or even who you prefer to ‘hook up’ with.

Even the hard-left Daily Beast made fun of Eminem’s slams on Trump:

The resurgence of the reclusive, real Slim Shady was accompanied by a link to the rapper’s newest song, “Campaign Speech.” As far as we can tell, “Campaign Speech” is a diss track against the misogynistic, homophobic Trump, as well as the haters who malign Eminem for being a misogynistic homophobe.

Yeah. Remember how he was desperate for Trump to engage him on his Twitter account… but ended up being ignored by the President? That must have eaten him alive.

As for the ‘accusations’ either one of them have made against Trump?

Well, you know how people say to take something ‘with a grain of salt’? 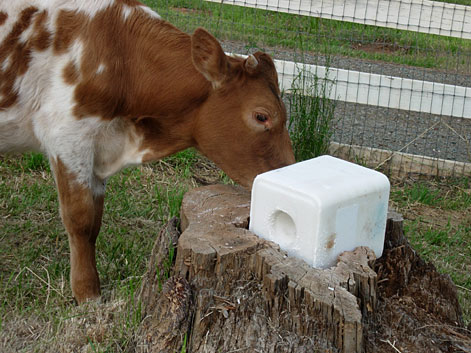 In their case — as with most Leftists — we’ll need to go a little bigger.