If Shifty Schiff is musing about Trump facing jail time over those payments to ‘Stormy’… just wait until he sees what the DNC was up to that same year!

He’ll be leading his own ‘Lock Her Up’ chant. Or he’ll at least be calling for an independent investigation into the DNC next, right? In the interests of preserving the integrity of our Democratic process — naturally.

It’ll never happen. He’s a hopeless flunkie, and nothing more.

But if he HAD any integrity, after seeing him get incensed over Trump/Cohen, you’d think the $84 Million in DNC campaign money being scrutinized would send him absolutely nuclear.

Yet the mainstream media took no notice of last week’s federal court filing that exposes an $84 million money-laundering conspiracy the Democratic National Committee and the Hillary Clinton campaign executed during the 2016 presidential election in violation of federal campaign-finance law.

The cited article goes into some detail about the who and the how. 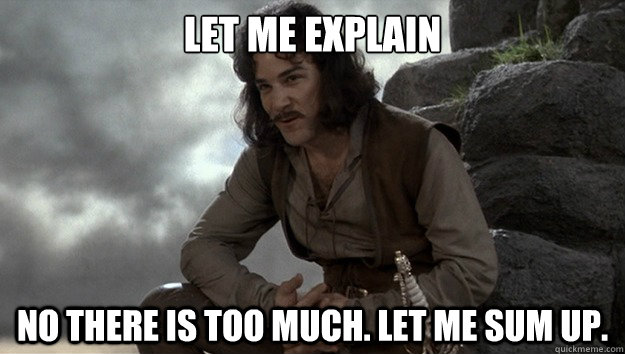 Federal laws have separate limits for how much can be donated to a person, a state party committee, or a national party’s account. ‘Bundlers’ can take in as much as $400k at a shot from wealthy donors, and filter that among the various lawful recipients according to those lawful limits. Both parties do this. But…

Suspecting the DNC had exceeded those limits, a client of Backer’s, the Committee to Defend the President, began reviewing FEC filings to determine whether there was excessive coordination between the DNC and Clinton. What Backer discovered, as he explained in an interview, was much worse. There was “extensive evidence in the Democrats’ own FEC reports, when coupled with their own public statements that demonstrated massive straw man contributions papered through the state parties, to the DNC, and then directly to Clinton’s campaign—in clear violation of federal campaign-finance law.”

On behalf of his clients, on December 15, 2017 Backer filed an 86-page complaint with the FEC, asking the FEC to commence enforcement proceedings against Hillary Clinton, her campaign and its treasurer, the DNC and its treasurer, and the participating state Democratic committees. The complaint, and an attached exhibit consisting of nearly 20 pages of Excel spreadsheets, detailed the misconduct and provided concrete evidence supporting the allegations. In short, here’s what happened and what the evidence establishes.
Source: Federalist

Suddenly, the reluctance of Hillary and DWS (who had been head of the DNC during the primaries) to have anyone poking around their computers might make an awful lot of sense. You wouldn’t want anyone stumbling across anything incriminating, after all.

Would THIS be considered ‘incriminating’?

Over a 13-month period, FEC records show some 30 separate occasions when the HVF transferred contributions totaling more than $10 million to the DNC without any corresponding record of the receipt or disbursement from the state parties, thus illegally leap-frogging the state Democratic parties.

On the other hand, of the contributions state parties reported as received from the HVF, 99 percent wound up at the DNC. They were transferred immediately or within a day or two, raising questions of whether the state Democratic committees truly exercised control over the money—something necessary under campaign finance law to allow a later-legal transfer to the DNC.
Source: Federalist

Donna Brazile herself said Hillary was running the show:

But the Clinton campaign’s control of the contributions did not end once the funds reached the DNC, as the complaint filed with the FEC detailed. Rather, public statements by former DNC chairwoman Donna Brazile acknowledged that “[a]s Hillary’s campaign gained momentum, she resolved the party’s debt and put it on a starvation diet. It had become dependent on her campaign for survival, for which she expected to wield control of its operations.”

Gary Gensler, the chief financial officer of the Clinton campaign, which operated as Hillary For America “HFA,” out of Brooklyn, New York, likewise stated that the Democratic Party was “fully under the control of the Clinton campaign . . . . The campaign had the DNC on life support, giving it money every month to meet its basic expenses, while the campaign was using the party as a fund-raising clearinghouse.”
Source: Federalist

Is there anything wrong with that? You’d better believe it.

Margot Cleveland goes on to explain exactly HOW the Supreme Court — in 2014! — explicitly described this very situation as unequivocally illegal.

And what did the FEC do when this came to light?

Surely they did SOMETHING… right?

After all, the integrity of our elections has been THE big political football for going on two years now.

But in this case, the FEC did nothing, other than presumably notify the DNC and Clinton of the charges. Accordingly, last week Backer turned to federal court, seeking to force the FEC to fulfill its statutory duty, as provided by federal law.
Source: Federalist

And the Democrats have been stonewalling this process by not nominating their own FEC commissioner, in a place where they are (for obvious reasons) nominated in pairs. Only 4 of the 6 seats in the commission are filled.

Which is where the lawsuit comes in. Clinton and the DNC are being sued directly.

Congress provided for just such a contingency: “Fire alarms are sometimes housed in boxes labeled ‘Break glass in case of emergency.’ The Federal Election Campaign Act has such a box; it’s the provision that allows complainants to sue respondents directly when the Federal Election Commission fails to enforce the law itself (52 USC § 30109(a)(8)(C)). In the 44-year history of the FEC, this provision has never been fully utilized. Today, I’m breaking the glass.”

Weintraub then went on to say that she believed the complainant in that case should pursue litigation, “as Congress provided for under the Federal Election Campaign Act,” because by placing the matter in private hands, the goal of enforcing “America’s campaign-finance laws fairly and effectively” can be best achieved. Just yesterday, Citizens for Responsibility and Ethics in Washington took Weintraub’s hint and filed suit in federal court directly against the nonprofit group American Action Network, alleging violations of federal campaign-finance law.
Source: Federalist

That whole discovery process is going to be interesting indeed.