You can’t trust every photograph, expecially in a digital age. But could the claim actually be true?

An unidentified animal photographed by a farmer in a coastal town in Australia has people scratching their heads and wondering whether an animal once thought to be extinct might still be around after all.

That, or a case of mistaken identity. 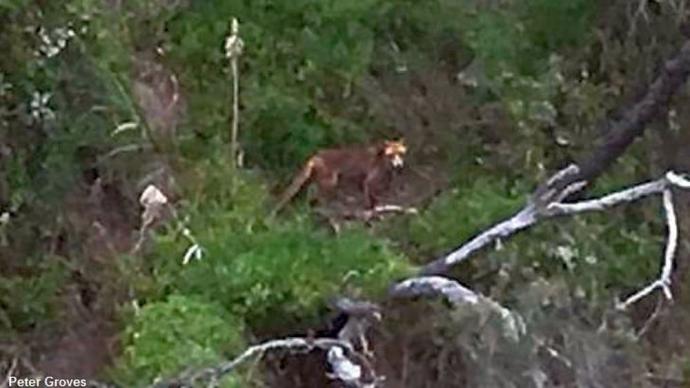 Here’s a picture of the presumed-extinct Tasmanian tiger suspected by some to be the mystery animal in the photo, above. 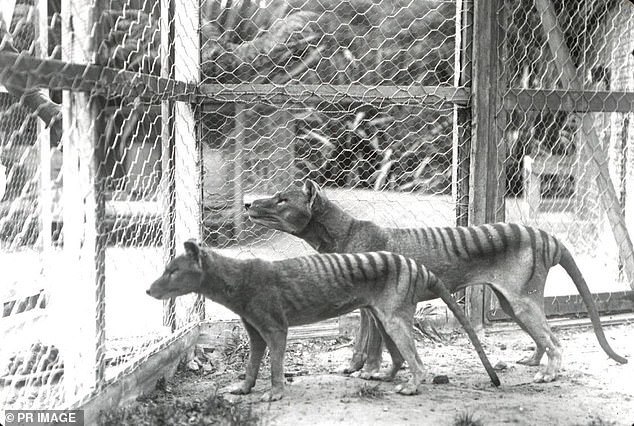 The last known Tasmanian tiger died in 1936 in Hobart Zoo. There has been no conclusive evidence that the tiger is still alive, despite hundreds of sightings being reported. The latest reported sighting came out of South Australia from the Thylacine Awareness Group.

They were the largest known carnivorous marsupials until they became extinct in the 20th century.

Mr. Groves stated that it could possibly be a mangy fox but it wasn’t afraid and it was a lot larger. He also said that it just stood there watching him intently for about five minutes until scarpering. There is a lot of bush and a lot of cover so it could possibly be living there peacefully and comfortably. He quite rightly says that even though it was only taken on a mobile phone, the image shows the animals’ features quite clearly. This was also his second sighting in just a matter of weeks.
Source: Disclose

Is it just a coincidence?

Or is this the real deal?