You might say it all began with somebody being ‘cheeky’.

Now the yearly event is billed as an “International Celebration of Silliness”, having now spread from where it began in New York way back in ’02 — to cities all around the world.

The improbable phenomenon was kicked off by an Improv Group. There’s something of a game to it.

Meanwhile, halfway around the world, someone else is doing the same thing for a more serious ’cause’.
WATCH: Pretty Girl Shows Her Panties In Public – ONLY A Lefty Will Understand ‘Why’

From the waist up, you’re supposed to wear your normal winter clothing – coat, scarf, hat, whatever you’d normally be wearing.

But from your waist to your ankles, you’ve got nothing but your underwear.

That’s not the game part. The game is to take your entire trip while keeping a straight face, as though nothing is out of the ordinary. 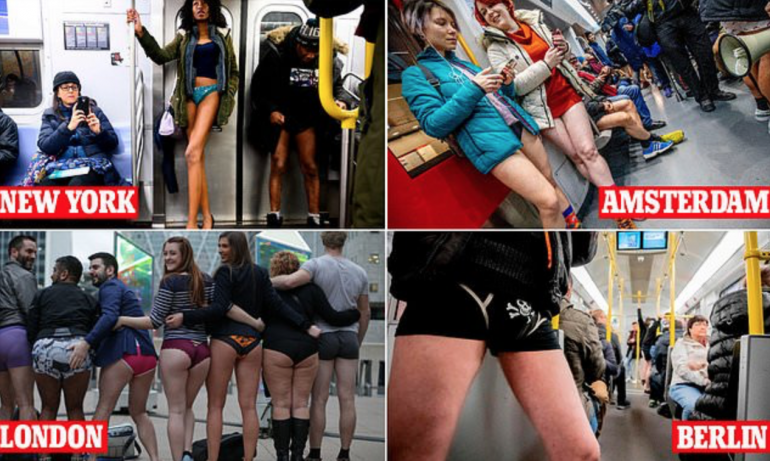 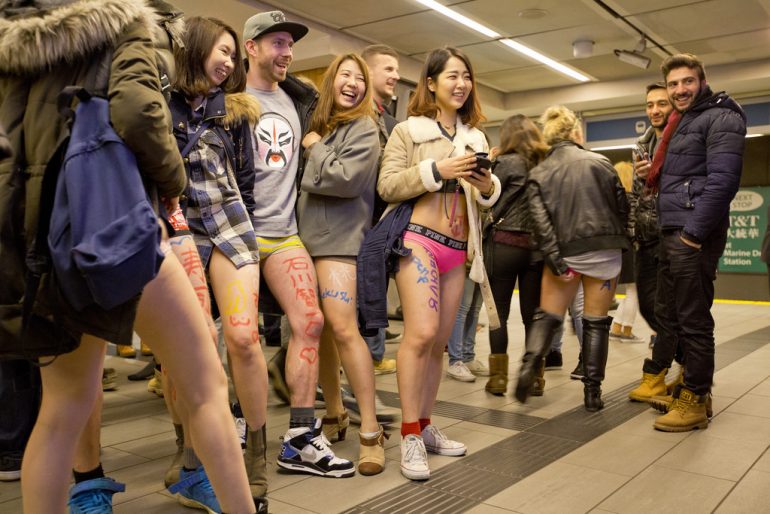 It’s across any number of American cities from San Francisco — where the weather wouldn’t pose much of a problem — to New York, where it would get more than a little nippy out. 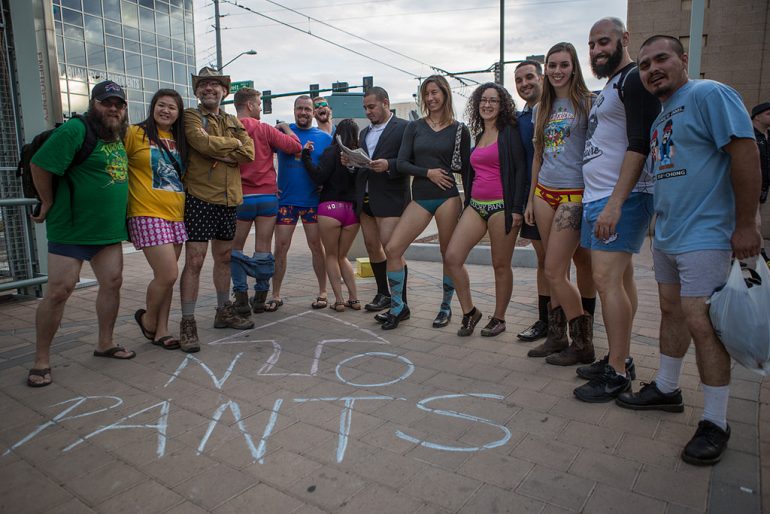 And before any young bucks think that’s a GREAT idea, remember one thing… this game is open to people of all ages. 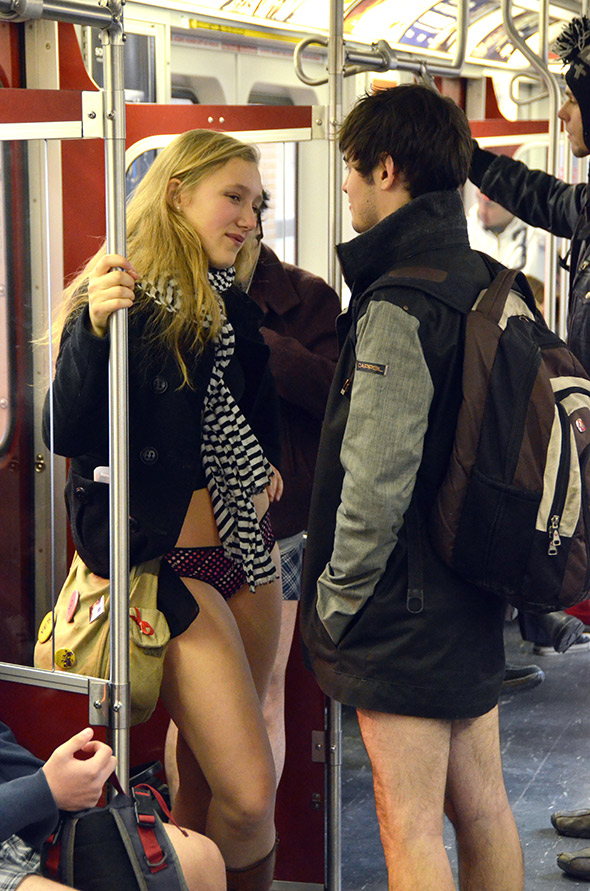 Of all fitness levels. 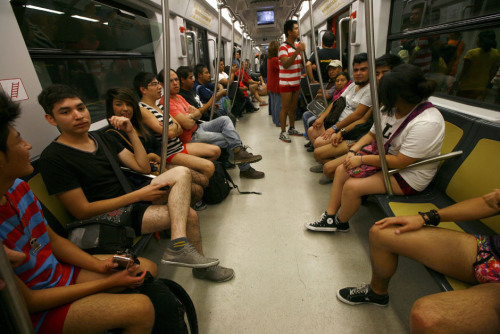 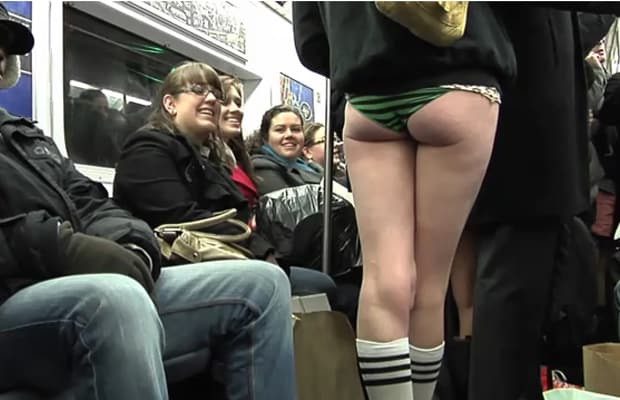 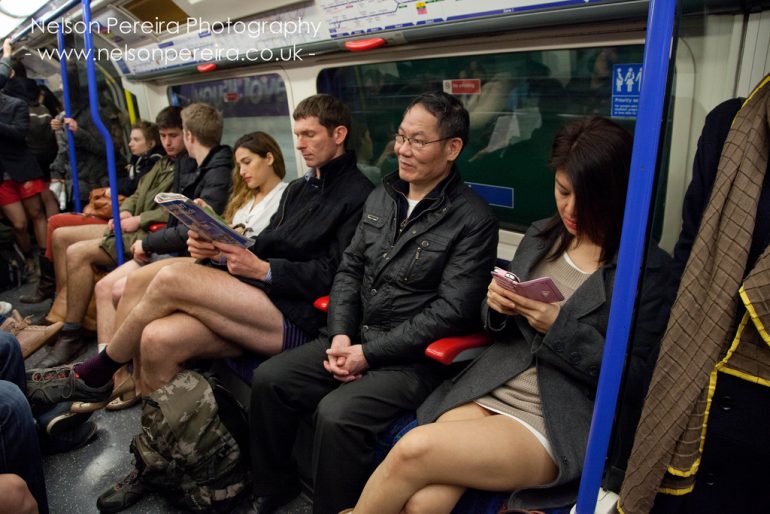 Mull over that idea for a minute or two. 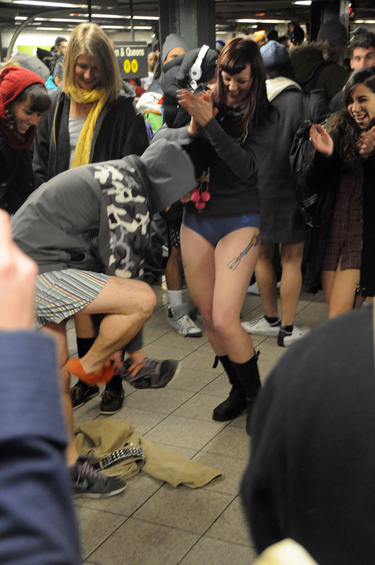 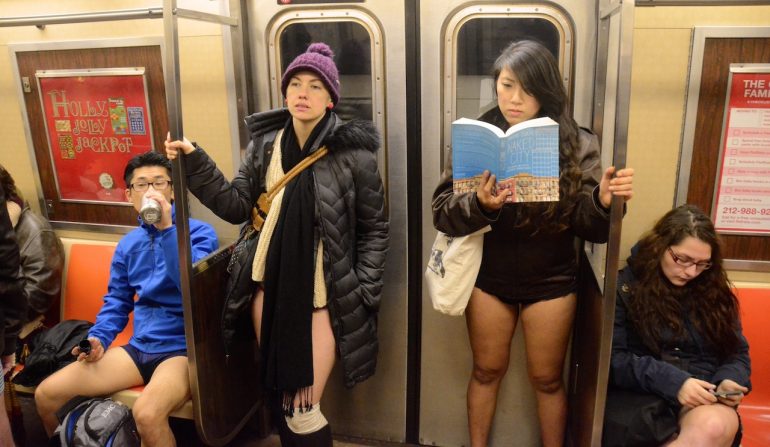 You’ll see some ‘Oh-la-la’ mixed in with some Oh My Eyes! 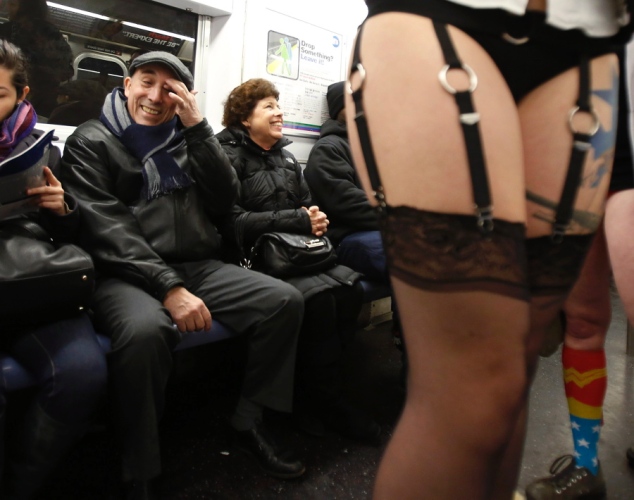 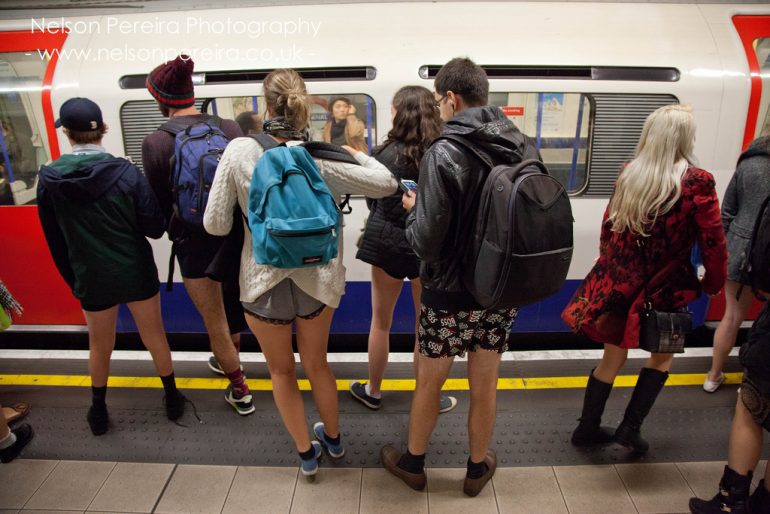 Love it or hate it, you can say one thing about it…

At least it’s not the naked bike ride.