What should have been a straightforward story about the horrific murder of a little girl quickly spun out of control into another needless episode of race grievances.

On Sunday, December 30th, a seven-year-old girl in Houston was shot dead.

Mom and her three daughters were making a coffee run when some guy in a red pick-up truck drove past them and shot Jazmine Barnes dead without warning. 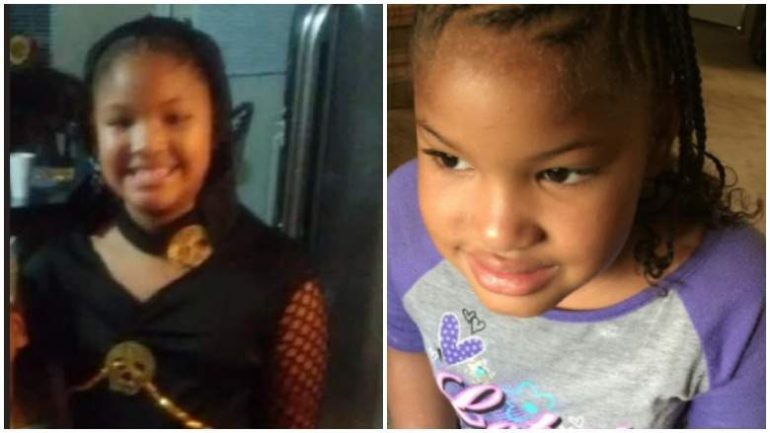 Early police reports gave a description of the shooter.

Authorities are still investigating a motive for the shooting, which happened in northeastern Harris County close to 7 a.m. Sunday. Washington and her daughters are black. The suspect is described as a bearded white male, possibly in his 40s.
“It’s our belief that it was totally unprovoked, whatever it was, and we’re leaving no stone unturned. We’re going to leave every motive out there as a possibility,” Harris County Sheriff Ed Gonzalez told reporters.
He added: “There was nothing to indicate that the family did anything wrong in any way. They were simply just driving along the service road when this happened to them.”
Source: CNN

That description was incorrect. They got the race wrong. He was NOT, in fact, a ‘bearded white male’. 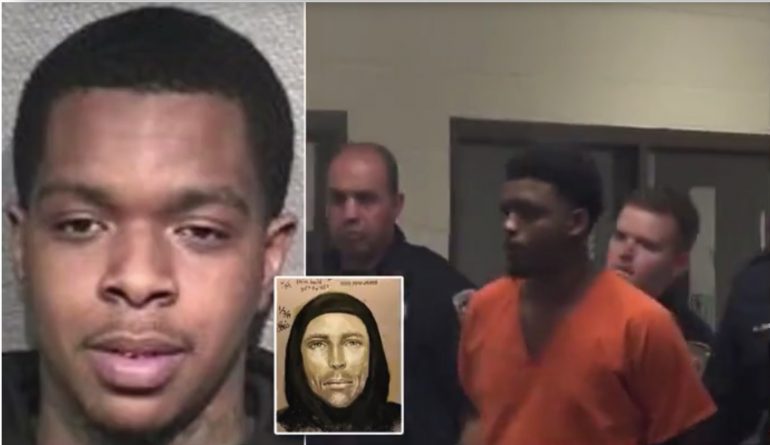 A suspect is now in custody, and a second arrest has been made.

Eric Black Junior is charged with capital murder. Deputies said they tracked him down based on a tip and while in custody he admitted to taking part in the shooting. Black appeared in Probable Cause Court Sunday morning. Prosecutors said he was driving the vehicle that pulled alongside the Barnes family car and that someone else shot into the car. Black is currently being held at the Harris County Jail without bond and is expected to be in court Monday morning.

Black said he thought it was a car he had seen the night before, he didn’t realize who was inside. Police believe there is another suspect involved.

It’s been a week since someone in a red pick-up truck opened fire on a vehicle in the Houston area. Jazmine was struck and killed by the gunfire. Her mother was also shot in the arm. The other two girls in the car were not harmed.
Source: Fox

People are stepping up in sympathy for the little girl. Shaq and a police officer have offered to pay for her funeral.

But that didn’t stop things from getting ugly.

This guy, @MeritLaw, along with complete fraud Shaun King, led the MSM into a frenzy of stories about Jazmine Barnes and how white men are just out there killing young black girls. A black man admitted to her murder.

How many people will go back and change their tweets now? pic.twitter.com/M1jZQjXn9G

A message to the white supremacist frauds like: #MeToo, #TimesUp & #blackfeminists.
This is Jazmine Barnes. She was murdered by a white supremacist in Houston. Her murderer is still at large.
Your silence says everything. So your #SurvivingRKellly hysteria isn't fooling anyone. pic.twitter.com/8rhYt0E1oW

And the Young Turks are backpedaling hard.

The Young Turks are quietly deleting their YouTube videos where they falsely claimed that a white man murdered 7-year-old Jazmine Barnes.https://t.co/g71cf9Yw5G pic.twitter.com/P76w0hHPqx

They didn’t rush to any conclusions pushing an unverified, and volatile false narrative, did they?

Here’s a ‘Bishop’ who told one guy who disagreed with his racism to go to hell. Even after his seething over the presumptive ‘white’ murderer was proven to have been misplaced, he still had plenty of hate left over for other white guys — he even occasionally took a tweet or two to mention the murdered girl and her family. How magnanimous of him.

WHITE MEN ARE THE BIGGEST TERRORIST THREAT IN AMERICA!

There, I said it again. Did I stutter? Does it look like I’m getting ready to equivocate? I said what I said. I meant what I said.

Got it? Or do I need to see it again?https://t.co/1j4EnkQzCw

How exactly does whipping up hatred bring one iota of peace to a community devastated by a senseless murder?

Especially by a ‘minister’ of the gospel?

Get some perspective, people. Maybe there’s still time for a belated New Year’s resolution — lay off the hate.

And if you’re thinking ‘yeah, yeah, THAT guy really needs to…’ then maybe — just maybe — you’ve already missed the point.

Florida Governor Offers Pardons to Anyone Convicted of COVID Infractions
May 13th, 2021 Flag And Cross