Stage a ‘serious’ photo like this and the Meme creators will jump on it like Rosie O’Donnell at an All You Can Eat buffet.

The Democrat Freshman Class of 2019 has a lot of female representation. As a woman, I’m supposed to care about that. I don’t. I prefer to examine the candidates and their ideas, rather than just voting for someone because they look like me. I’m just not a fan of identity politics. I believe that the best person for the job should be given the job, and I don’t care if it’s a left-handed, African American, lesbian quadriplegic or *gasp* a heterosexual white male.

And I’ll bet most of you don’t either.

The problem is with identity politics itself — if you’re a woman, you have to agree that abortion on demand is awesome, or you’re ‘anti-woman’. If you’re a ‘woman of color’, you have to support all women of color even if you’ve wiped things off your shoe that had more brains than the newly elected representatives. God help you if you dare criticize them for things like calling the President a ‘motherf**ker’, blatant anti-Semitic social media posts, dancing with the Palestinian flag, touting the joys of socialism and outrageously high taxation, or simply questioning if immigration fraud and student loan fraud had been committed by a sitting state representative.

I’m a conservative and I don’t apologize for it.

Besides, recent studies in neuroscience have revealed that much what governs our political views is biological.

That doesn’t mean that we can’t debate the issues, but it’s an important thing to keep in mind when you’re confronting your leftist aunt about why she thinks abolishing ICE is a fantastic idea.

We need to have those discussions.

And yet, the Left doesn’t seem to want to. Consider the stalemate over funding a portion of the border wall, something that many Democrats had believed was absolutely necessary right up until Donald J. Trump made it a key component of his platform. The left is so consumed with identity politics that they’re celebrating the diversity of the external while demanding that there is no divergence of opinion.

A recent photo of some Freshman Democrats being hailed as the ‘New Face’ of Congress was given the Meme Treatment. Check out what they did with the photo of Alexandria Ocasio-Cortez (D-NY), Ayanna Pressley (D-MA), Ilhan Omar (D-MN), Deb Haaland (D-NM), Sharice Davids (D-KS), and Veronica Escobar (D-TX). BlackPressUSA gave a handy intersectional guide so you know that:

But someone has made a fantastic meme: 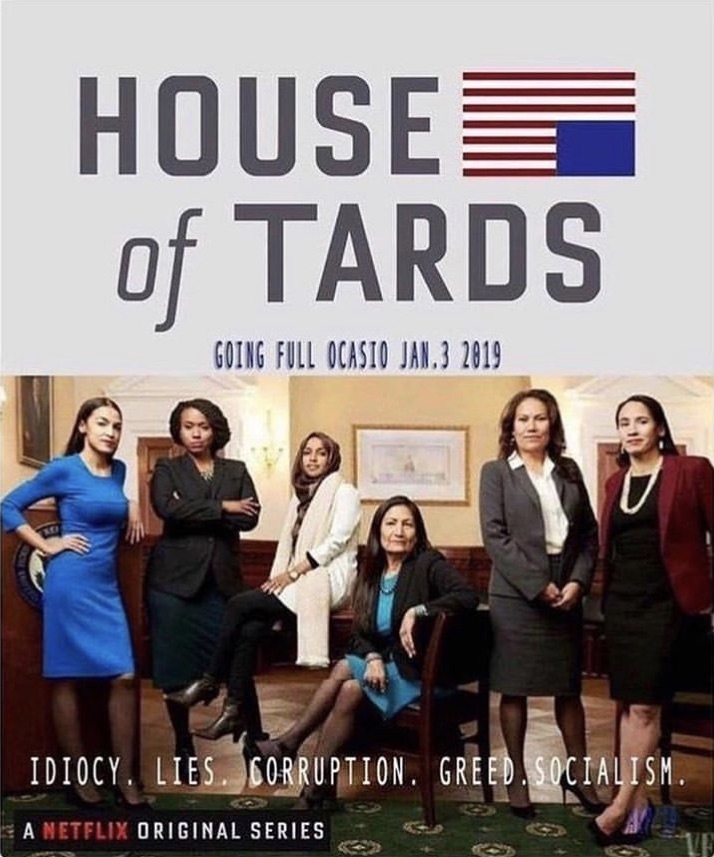 Virginia bill could release some murderers after less than one-fourth of their sentence
January 20th, 2022 Liberty Unyielding