Don’t try this at home, kiddies. Stupidity of THIS magnitude requires an expert.

The same people who tried to use science to push their social agendas just a few short years ago, have officially put it in the rear-view mirror.

When the world of self-perception is in conflict with the world as we live and breathe in it, we no longer try to realign perception with objective reality. We’ve officially flipped that script and reversed the process.

Reality is now being ‘forced’ to conform with perception.

Or at least they’re going to try. But sometimes it bumps up against difficult truths.

Difficult truths like cervical smears and prostate exams. Those are, for reasons that shouldn’t require explanation, should they? 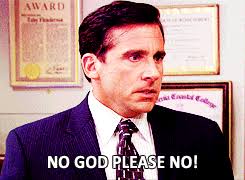 And yet here we are. Welcome to 2019, where what offends patients is more important to medical staff than what can kill them.

WOMEN who identify as male are not being offered vital routine breast screenings and cervical cancer checks in case it offends them.

But men identifying as women will be invited for cervical smear tests – even though they don’t have a cervix.

The PHE booklet explains “who we invite for screening”.

Transpeople who register with their GP as their birth sex will be invited to screenings appropriate to that, but if they register as they gender they identify as they will not be.

But it adds: ‘If you are a trans woman aged 65 who is registered with a GP as female, you won’t be invited for screening.”

How far are these people going to take this madness? Supposing a dude decides he’s really a chick and gets that cervical screening invite.

What happens if — to be authentically a woman — he actually takes them up on the invite, and asks for the procedure?

What — exactly — are you going to do with this piece of medical equipment?

(If you’re wondering what the hell this is, the web search term is ‘speculum’. Or you could ask one of the women in your life.)

Somebody is about to think long and hard about his life choices.

If he STILL wants to go through with it?

But the REAL medical problems that COULD be sneaking up on the trans (men or women) won’t be mentioned to them. Because science doesn’t really care if you THINK your body is male or female.

A real doctor will tell a morbidly obese patient about risks of diabetes and heart disease — who cares if the patient gets offended about it.

But ‘trans’ patients must not be warned about lethal cancers that might endanger their lives, for fear we disrupt their sexual self-image.

Gee, how ‘Progressive’ of them.

Are The Recent UFO Disclosures Setting Us Up For A Mass Deception Of Epic Proportions?
March 1st, 2021 DC Dirty Laundry

Hypocrisy: Under Trump, Attacks On Syria OK – Under Biden, Not OK – Both Lawless
March 1st, 2021 Sons of Liberty Media

McDonald’s has a secret intel team that spies on its own workers, report says
March 1st, 2021 DC Clothesline