The Democrat Belle of the Ball is adjusting nicely to swamp life. If these trends continue, she’ll soon be getting staffing advice from Debbie Wasserman Schultz.

Did we ever get to the bottom of that DWS IT-Tech scandal? Maybe someone could ask our new AG, once he untangles the mess Comey, McCabe & Co. (-conspirators) left behind.

The poor thing doesn’t realize that she’s getting hammered online because she keeps stepping on rakes. 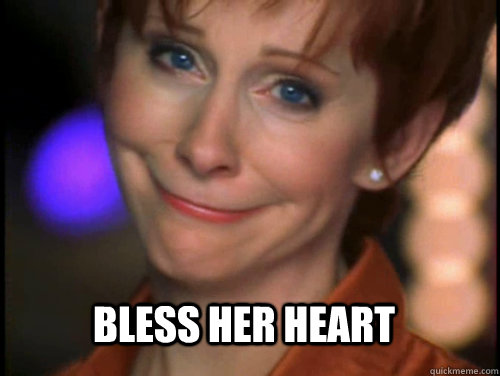 If she hadn’t gotten so self-righteous in defending her boyfriend’s right to have a Congressional email address, and if her staffer hadn’t pushed Twitter to suspend the pundit who discovered and reported that story, maybe the details about her campaign finance irregularities would have gone undiscovered.

As the ancient Greeks taught us, Hubris has a way of destroying those who hold to it. Too bad today’s ‘fresh faces’ dismiss such wisdom as more stuff ‘dead white guys’ said.

This could be bad for her branding. AOC has, after all, pitched herself as transparent, sincere, and built her campaign around the dangers of the corrupting power of financial influence.

Now her own financial dealings are putting that brand into question. Not even 2 months in office, and she’s looking just as cynical and shady as any of the barnacles who’ve been clinging to the bottom of the ship of state for generations.

Here is a breakdown of the new scandal:

Per the House Admin office, a family member can, in special circumstances, get a house.gov email address. But Roberts is not a family member, and although AOC referred to him as her partner in November of last year, she omitted him from her mandatory candidate financial disclosures for 2017 and 2018. Perhaps they’ve gotten married since. If so — if he is her spouse now — we should see his finances disclosed along with hers in her 2019 disclosure form due in May. But to be clear, AOC did not disclose Roberts’s finances as a spouse during her campaign.

Regardless, absent a waiver from House Ethics, family members have to be volunteers. AOC’s office apparently doesn’t believe in having unpaid workers, as according to Chakrabarti they have no volunteers in the office.

So Roberts is designated as staff but also isn’t on AOC’s staff, even though he showed up Friday morning in the House directory as processing into her personal office as a staffer. In other words his staff status, like his spouse status, is akin to Schrodinger’s cat.

This ought to have been enough to make it clear that AOC’s story didn’t add up. More importantly, I’d clearly hit a nerve. Chakrabarti spent much of the day in my mentions insisting that everything was on the up-and-up with Roberts.

If you want to get a journalist digging, insist that inconsistencies are imagined and that really, there’s nothing to see.

Keep in mind, AOC went viral not long ago in a video where she railed against the power of money influencing politicians. She used the term ‘bad guy’ politicians to describe them.

Didn’t @AOC just give a dissertation in front of the House Oversight Committee the other week about flaws in Campaign Finance Law and how “bad guy” politicians can take advantage of it to get elected?https://t.co/dpffwGdx5W

Back to Luke’s story:

In the original back-and-forth, one observant commenter had noticed that AOC’s campaign had paid Roberts $1750. That was a helpful clue that led him to look elsewhere. It could have been ‘nothing’, or… it could lead to other interesting tidbits. Which it did.

It led him to look into ‘Brand New Congress’ an organization (actually TWO organizations) set up by the same Chakrabarti mentioned above. Now one of AOC’s staffers. It has some interesting qualities. 1) it operates lawfully in a legal grey area. (2) its role as a ‘clearinghouse’ of consulting services makes campaign finance contributions murky. (3) it operates as both types of legal entities… One part is a PAC AND the other is a LLC.

This becomes relevant because LLCs need not disclose or itemize spending.

He goes into a long and detailed explanation of how he drew his conclusions, the entirety of which you can find here, but here’s the too-long-didn’t-read-summary.

Regardless of whether or not Roberts was officially AOC’s spouse at that time, it seems probable Chakrabarti was reimbursing her for her campaign expenses off-books. Brand New Congress PAC simply served as a pass-through to do so.

When AOC won, she then hired Chakrabarti, her strategist/patron, as her Chief of Staff. Taking money from a rich guy, trying to hide it by passing it through a PAC, and then giving her benefactor a government job.

That’s definitely unethical and potentially illegal. Chakrabarti may have made an illegal campaign contribution in excess of federal limits. Regardless, it raises questions about Chakrabarti’s hiring as AOC’s Chief of Staff after her election. Maybe add that to your next lightning round, Congresswoman.

Finally, all of the above is based on public information. It took me a couple of hours to pull it all together and write it up. I suppose this could be called muckraking, but it’s really just minimal reporting that nobody in the press decided to do. I can’t emphasize enough how easy it was to find all of this information. It’s literally just sitting there. But no reporter bothered to read it. Democracy dies in darkness? Nah. Reporters are just lazy.
Source: Medium

The Left thought they were getting an altruistic young firebrand to carry their cause.

Is she really the crusader whose coattails they thought they were riding? Or is she just another… 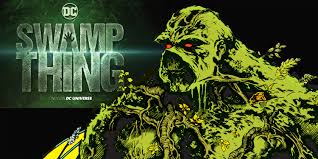