Can we just stop claiming that everything is offensive?

Recently, Mary Poppins was deemed offensive because of her ‘blackface’ in the Chimney Sweep scene.

Lately, in our highly racialized culture, fashion has been caught up in the fight against ‘systemic racism’.

First, New York City’s Commission on Human Rights launched a probe into a line of Prada accessories after complaints of ‘racist blackface merchandise’ on display.

I’ll be honest — when I saw a photo of that Prada character, I saw a badly fabricated robot-monkey. It didn’t occur to me that it could be perceived as racist imagery, and I’m a ‘woman of color’ as the left likes to say.

Then, Gucci was blasted for a $900 black knit top that has an oversized pair of red lips on a neckline that can be pulled over the bottom half of the face.

Now, I’m not quick to call things racist, but I really have to question how on earth that sweater made it onto the production line. There wasn’t one person to say, ‘Gee, this seems a bit racist to me, what do you guys think?‘

Maybe they were just trying to reach a new demographic — like high-ranking Democrats in Virginia. Their marketing slogan might have been, ‘Is shoe polish too hard to remove? We’ve got you covered!’ It could be from their ‘Racist Casual’ line or ‘Casually Racist’ — whichever.

Outrage has erupted over a line of shoes by Katy Perry. She has shoes available in mules and sandals with a face on them. TMZ reports that Walmart and Dillards are pulling the ‘offensive’ shoes, but not the entire line. in question are the ‘Rue Face Slip-On Loafers’ and the ‘Ora Face Block-Heel Sandal’.

Perry was shocked at the accusation of blackface because the shoes were available in many different colors, including a neutral beige.

Katy Perry and her brand management group, Global Brands Group, have responded to the backlash, stating that the shoe collection was released in 9 different colors and “envisioned as a nod to modern art and surrealism.”

They continue, “I was saddened when it was brought to my attention that it was being compared to painful images reminiscent of blackface. Our intention was never to inflict any pain. We have immediately removed them.” 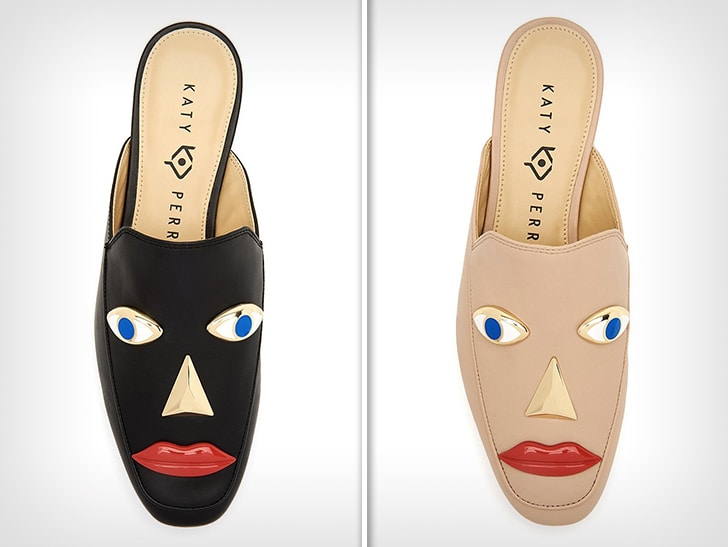 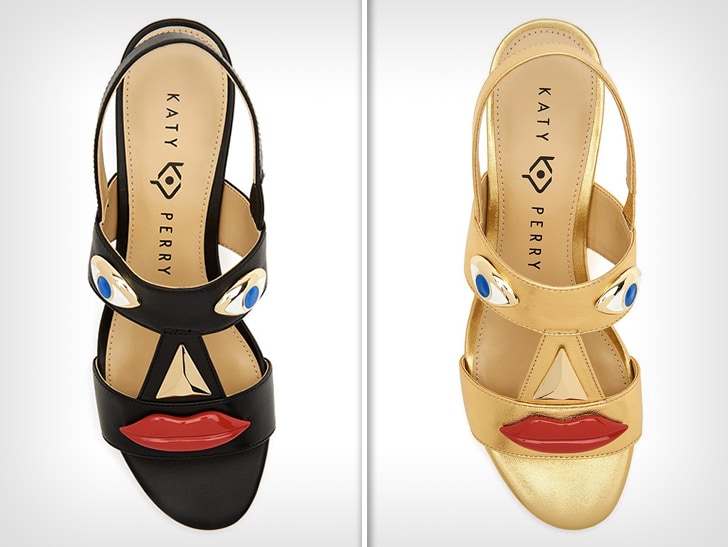 This leaves me with one glaring question:

People are trusting this woman to decide what is and is not fashionable?

She literally wore cans of whipped cream on her ta-tas. Do I want ashion advice from this chick? No, thanks.

The shoes themselves are just — fugly. I don’t care which color they are. You couldn’t pay me to wear a pair of shoes like that. How creepy to have something that would make you feel like your shoes are looking up your skirt.

Katy Perry’s taste in fashion is questionable at best. She was roasted over what she wore to the Grammys on Sunday night:

Why is Katy Perry’s dress making me hungry #GRAMMYs pic.twitter.com/ox7w3UNRNH

Can I ask a rather uncomfortable question regarding blackface…

Is every character with big, red lips now racist?

Isn’t that standard racist in and of itself? If you see racism everywhere in innocuous things… maybe it’s you.

Critics will say that my own blindness to blackface is a prime example of how ‘problematic’ and systemic racism is. And I’d counter that they’re trying to find racism around every corner when in real life, most people are accepting and embracing of racial differences. Mixed-race marriages are not unusual and are on the rise in America. The vast majority of people don’t have problems with co-workers with different skin color, their kids play with kids of all different races. All out racism is just not a thing anymore. But the critics will point to Katy Perry’s shoes as an example of racism, and round and round and round we go.

The left is married to identity politics and that means that it’s a hill they’re willing to die on. They’ll take down as many with them as possible.

Do You Want To See Where This Is Going If Not Stopped? Employees Chase Down & Assault Customer Without A Mask…
February 27th, 2021 Sons of Liberty Media