This video of Jennifer Buscemi or Stennifer Lawrscemi or whatever you want to call it is the stuff of nightmares.

A Reddit user, VillainGuy, posted the video of J-Law’s speech backstage at the 2016 Golden Globes with the face of actor Steve Buscemi, and it’s horrifying.

Over the last year, deepfakes videos have become a growing concern.

Deepfakes are digitally-altered videos that use sophisticated machine learning algorithms to create human masks that are then overlaid on top of real footage.

As a refresher, here’s the amazing actor, Steve Buscemi. 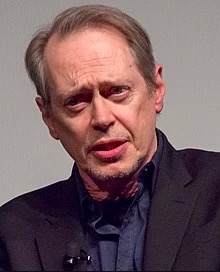 As talented as he is, even he couldn’t pull off a Jennifer Lawerence impersonation that accurately!

It’s amazing that there is technology that can do that so well. You can still tell that it’s fake — there’s still something that’s unnatural about it. You know, other than the fact that it’s Steve Buscemi’s face on Jennifer Lawrence’s body. It’s the lighting or the shadow or something. It looks kind of… plastic or something. Still, it’s pretty damned close to the real thing.

We’ve seen how the Media(D) is quick to believe a video with zero context and construct a narrative — as they did with the Covington High School kids — so DeepFakes can pose a real problem in our digital age.

Experts have increasingly warned that the technique could soon fuel the spread of misinformation.

Some experts have said the videos could be realistic enough to manipulate future elections and global political as soon as 2020.

Well, it looks like they’re already laying the groundwork for ‘What Happened 2’.