What does it take to upstage a $30 Million Diamond worn by Audrey Hepburn? In Hollywood, that’s easy. Wear something that gives Trump the finger.

Lady Gaga made a huge splash at the Oscars when she wore the Tiffany diamond, won an oscar and sang her duet. 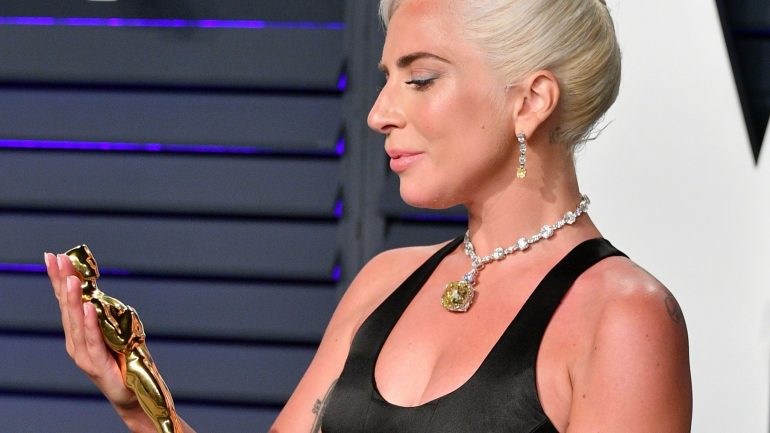 What does it take to upstage something like that?

In a sane world, the reappearance of that famous rock itself would be the talk of the show. But Hollyweird has long since cut its tether to the sane world.

In la-la-land, all it takes to upstage that rock is a dude in a dress that looks like a tux. 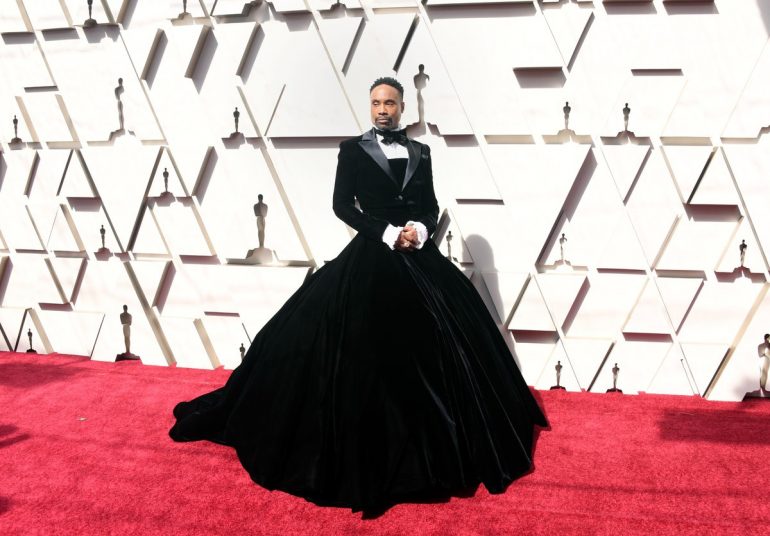 Naturally… Billy Porter’s whole look is a response to Trump. Isn’t it amazing to watch how the president lives rent-free in these peoples’ heads?

Billy scored himself a lot of attention in January by ‘sticking it’ to Trump.

“Like when he started wearing dresses recently, that was very specific because of all the stuff that was going on in the White House regarding transgender rights. We started talking about it and we’re like, we have to start representing these people because you have to normalize that somehow publicly. There has to be visibility.”
Source: PageSix

For many people, attention is a drug. Chances are, he’s going to keep this going as long as it gets him noticed.

At tonight’s 91st Academy Awards in Los Angeles, California, Pose star Billy Porter defied fashion norms by stepping out onto the red carpet in an unapologetically fabulous gown. The custom creation by designer Christian Siriano included a sharply tailored tuxedo jacket overtop a full-skirted strapless velvet gown. A play on masculinity and femininity, the look challenged the rigid Hollywood dress code and was boundary-pushing in all the right ways.

For the actor and singer, the fashion choice was deeply personal. Below, Porter reflects on coming to terms with his queer identity and how his fashion choices have became a powerful tool for self-expression and representation.

…Now I’m in a space where, being on Pose, I’m invited to red carpets and I have something to say through clothes. My goal is to be a walking piece of political art every time I show up. To challenge expectations. What is masculinity? What does that mean? Women show up every day in pants, but the minute a man wears a dress, the seas part. It happened to me at the Golden Globes [when I wore a pink cape], and I was like, really? Y’all trippin’? I stopped traffic! That Globes outfit changed everything for me. I had the courage to push the status quo.

…We wanted to play between the masculine and the feminine. This look was interesting because it’s not drag. I’m not a drag queen, I’m a man in a dress.
Source: Vogue

We all know, that in the Hollywood crowd doing ANYTHING with a “F*** Trump” theme is the quickest way to get attention. He fits in perfectly.

Hey Hollywood, we get it.

You hate Trump — and you hate everyone who elected him.

That’s ok, though. The feeling’s mutual.

You’re killing your own industry and the dirtly little secret is, most of us won’t miss you when you’re gone.

Just turned on the #Oscars for exactly one minute. Caught the tail-end of a speech about “menstruation equality” and feminism.

And this is why Trump won.