Picking the worst of this lot is harder than it looks.

Each of them is a loser in their own particular way.

Since Mueller was good enough to give us his report right in the middle of March Madness, that gave someone over at the New York Post the idea to set up brackets for the worst fake news offenders in the whole RussiaGate fairytale.

Love it. Now we can all play along. 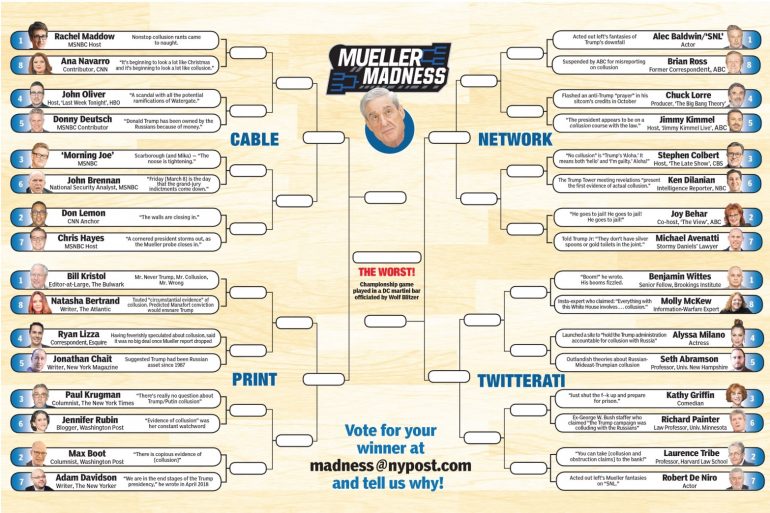 I notice Keith Olberman didn’t stick around for the playoffs… poor guy, Trump broke him a long time ago. Keith’s been reduced to tweeting about dog rescues.

On Cable, you’ve got Maddow, Morning Joe, and Don Lemon (although Lemon is a one-trick phony — not a typo — for whom everything comes back to ‘racism’). 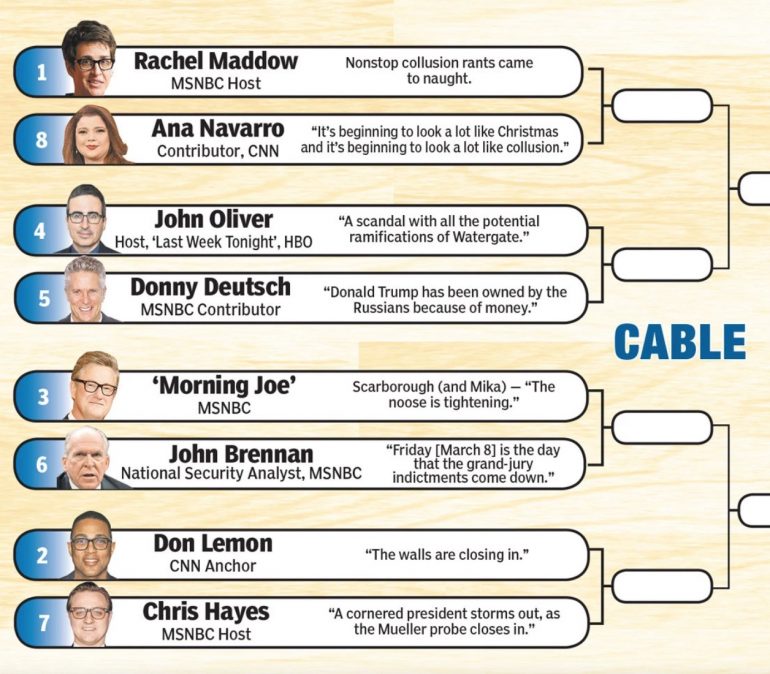 In Print, you’ve got Bill Kristol, Paul Krugman and Jonathan Chait — who floated the story that Trump was a ‘Russian asset’ since 1987. 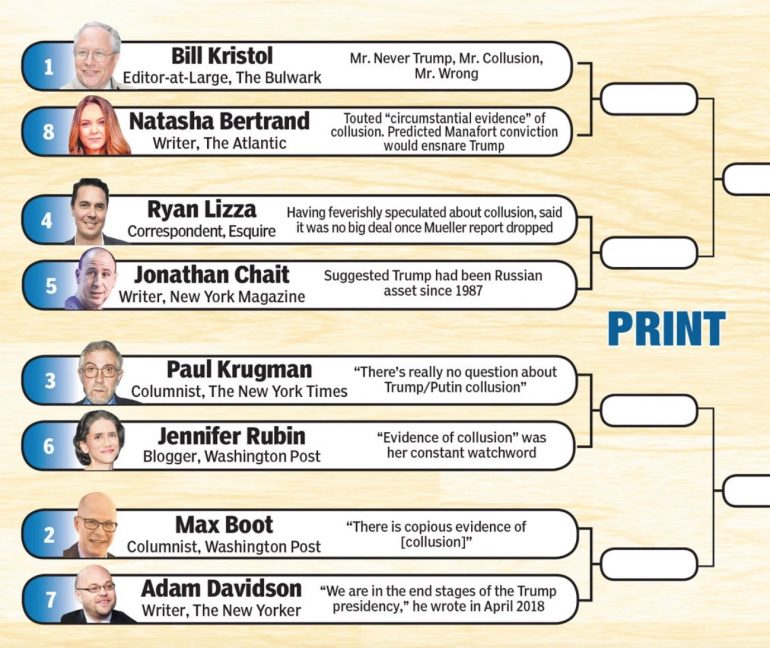 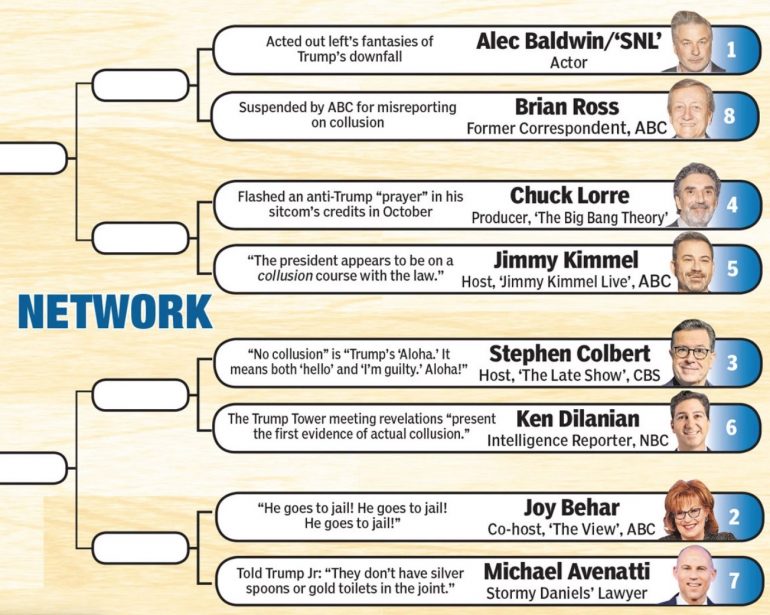 Twitterati could have been opened to any number of other competitors. 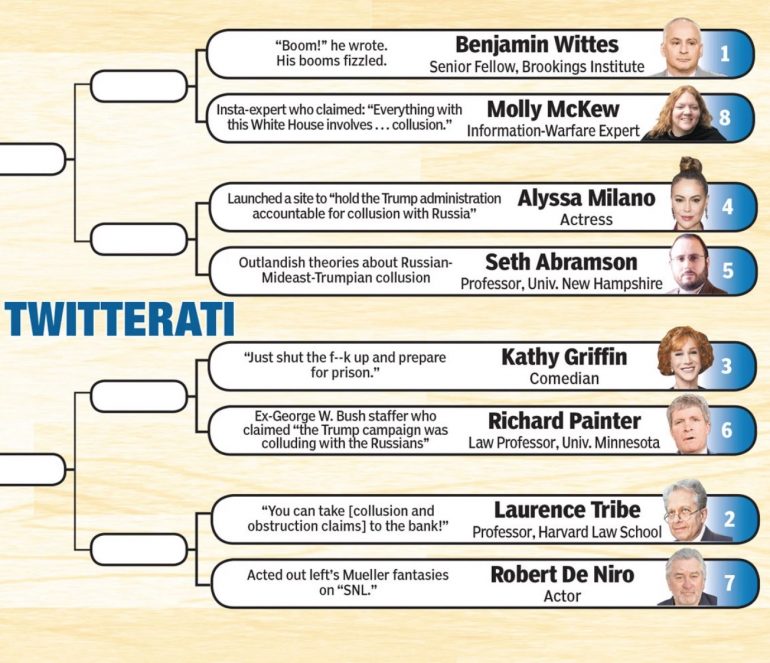 Notable in their absence are @rosie… and @MichaelMoore, either of whom would have had a pretty good shot at this particular brand of stupid. Of the list provided, probably Milano or Laurence Tribe.

If someone put a gun to my head and said ‘choose’ an overall winner/loser I’d have to go with Brian Ross, simply because he managed to blow up the Stock Market (350 point crash) AND get himself fired over his particular strain of Trump Derangement Syndrome.

To get fired — for incompetence — in a news network is no easy feat these days.

Even in this demented bunch, that’s a high bar to beat.

Only Brian Stelter, ‘Media Watchdog’ — had he been on this list — would have been serious competition for the likes of Ross.

How about you? Do you have any favorites of your own?