Scientists studying the intensity of solar activity have declared that the earth is heading towards a very cold climate phase, akin to the Little Ice Age of the 17th century, or worse.

In a newly published paper in Astrophysics and Space Science, scientists have analyzed historic solar activity and have predicted that the next two solar cycles—25 and 26—will be weaker than all of the previous 24.

But aren’t we supposed to be headed towards a warming apocalypse?

I’ve not met a single climate scientist who denies global warming. The warming trend of the last 150 years or so is universally accepted and documented. However, climate scientists disagree on details, like when the warming began and what caused it.

Contrary to public perception, global warming did not begin with the industrialization of our society, a period during which there was an exponential increase in carbon dioxide (CO2) emissions from anthropogenic sources.

The current warming trend began in the 19th century when the Little Ice Age—which had prevailed for at least two centuries—came to an end. No significant anthropogenic CO2 emissions brought the Little Ice Age to its end. The warming appears to have been purely natural.

And the most likely cause is the sun.

Earth’s temperature levels are regulated primarily by changes in the sun’s activity. The intensity of solar activity influences changes in our climatic system.

Each solar cycle lasts roughly 10 to 11 years and usually correlates closely with temperature on earth.

Such was the case with the Little Ice Age, when solar cycles were weaker than any since then. Climatologists refer to the extremely low periods as the “Maunder Minimum” (~1645–1715) and the “Dalton Minimum” (~1790–1830).

Solar activity in the past 60 years has been higher than average for the 1150-year period for which we have data. This is the primary reason for the rise in temperatures in the 1970s through 1990s.

Satellite temperature measurements show no significant warming since then. For the past 19 years, temperatures levels have remained largely stable. Unsurprisingly, this lack of warming coincides with a decline in solar activity.

Alarm bells went off in recent years when scientists began predicting that we might be headed for a solar minimum. The recent paper on solar cycles 24 and 25 validates their concern and warns that the upcoming solar minimum could be more severe than the brutal Maunder Minimum.

The effects of efforts to reduce CO2 emissions, regardless of whether we succeed, will be miniscule compared with the impact of a solar minimum.

Any true climate enthusiast will respect the well-established and well-understood role of solar activity as the most significant drivers of climate on earth and warn people about the imminent cooling.

But political leaders’ obsession with global warming could leave us susceptible to the greater dangers of cooling. 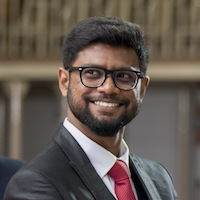 Vijay Jayaraj (M.Sc., Environmental Science, University of East Anglia, England), a Contributor for the Cornwall Alliance for the Stewardship of Creation, lives in Chennai, India.

*NEW* BREAKING: Biden ADMITS He Raised The Gas Prices ON PURPOSE So He Can Do This [VIDEO]
America's Freedom Fighters