The wild, partying ‘bad boy’ Prince has become the ‘woke’, lecturing, and hypocritical Duke of Sussex. How utterly boring.

There are some tinfoil hat theories out there that the Duchess of Sussex, Meghan Markle, is an American plant to destroy the monarchy. Personally, I think that’s absolutely ridiculous. Prince Harry is well down the line of succession for the throne now that Prince William and Kate have had three children.

However, Markle is doing a fine job of destroying Prince Harry as a man.

Here are a handful of ways that she has done that: 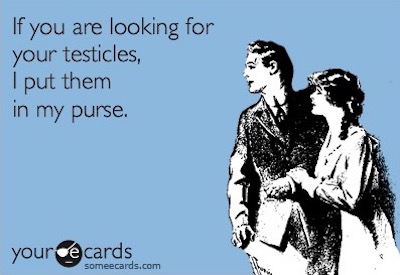 Harry wasn’t exactly a perfect example of the monarchy, but he was perhaps the most relatable. We watched him as a young boy walk in the funeral procession of his mother. It’s no wonder he struggled growing up in a family that was scrutinized. He didn’t have the squeaky-clean image carefully cultivated to avoid negative media attention. On the contrary, in his late teens and early twenties, Prince Harry was a wild-child doing whatever he wanted and landing on the cover of tabloids much to the chagrin of the House of Windsor.

Harry was a heavy drinker, was sent to rehab because he smoked weed, kissed beautiful women that he barely knew like the busty bartender in Canada, (and, according to Piers Morgan’s sources, at least one man as a joke,) he played billiards naked in Las Vegas while racking up a $38.000 bill, and palled around with some of the biggest stars of the day like Kanye West and P. Diddy. He also got into a heckuva lot of trouble by wearing a Nazi uniform to a costume party when he was 20 and using a racial slur as a term of endearment for his Pakistani buddy while serving in the military.

Harry was no fan of the paparazzi, likely due in part to his own negative press, but also because of the nature of tragic death of his mother, Princess Diana. He even got into a scuffle with a photographer back in 2004.

Oddly, it was these foibles that made him likable. He wasn’t perfect and he screwed up regularly. Like many young men, he drank a lot. He spent time in clubs, he liked beautiful women, he hunted. He was a normal guy, who happened to be the third in line to the throne.

As he matured, he settled into both his royal and his military role. He supports a number of charities, several of which are for military families and underprivileged children. In short, he grew up.

Piers Morgan noted that Prince Harry has changed into someone unrecognizable since his marriage. From his piece in the Daily Mail, Morgan writes:

Since meeting his American actress wife Meghan Markle, he seems to have renounced his devilishly playful side and morphed into a squeaky-clean, teetotal, kale munching fitness freak.

He also appears to be suffering from a severe infection of ‘wokeness’.

This is the dreadful politically correct disease prevalent among young millennials which turns them into preposterously worthy, do-gooding, virtue-signalling fun-slayers intent on lecturing the rest of us on how to save the world and how we should lead our lives.

Harry’s illness manifested itself in spectacularly public fashion last week when he spoke to thousands of equally woke young people at an event in London organised by the charity WE.

The totally boring Prince began his speech by lauding the ‘progressive, open-minded’ crowd before him as the ‘change-makers’ that give him hope for the future. He said that the current generation is the ‘most engaged’ generation that there is and he’s so happy that they don’t judge people based on ‘how they look, where they’re from, or how they identify!’ It was a prime example of chronological snobbery.

Ironically, he then segued into a discussion about mental health and ‘mindfulness’ — if only he had been mindful about disparaging the generation that fought the Nazis and all previous generations as bigoted and racist.

He then spoke about the urgent need to address climate change because it’s a pressing ‘humanitarian issue’.

‘You know that if you don’t stand for something, you’ll fall for anything. So let that be your true north, let that be your call to action. Be Braver, be stronger, be kind to each other, be kind to yourselves, exceed expectations, eliminate plastics, conserve water, protect wildlife, keep empathy alive, be honest, change your thoughts and change the world, dare to be the greatest generation of all time! I am with you, we are with you!’

Piers Morgan claims that the entire speech sounds as though it was written by Meghan Markle and not Harry at all.

Watch the Duke of Sussex’s speech (if you can bear it):

Morgan then lambasts Prince Harry for his apparent hypocrisy:

He bangs on about protecting wildlife but has himself been a notorious trophy-hunter – posing gleefully for photos with animals he has killed.

This is first statement is an example of Morgan’s anti-gun and anti-hunting bias. I actually think that hunters are some of the best people to discuss conservation with. So did Interior Secretary Ryan Zinke.

He demands we conserve water but lives in vast palaces that guzzle enough water on a weekly basis to sustain whole African villages for a year.

He wants to ‘keep empathy alive’ but that doesn’t seem to extend to people like his broken-hearted father-in-law Thomas Markle, who’s been left to swing in the wind of media scrutiny, and been ghosted by his daughter, without Harry even bothering to meet him.

As for the Prince’s rally-cry to save the planet, how does that sit with the revelation that just two days before his speech, Harry got a $10,000 helicopter ride to Birmingham from London, when a train could have got him there in just over an hour?

Or with the fact his wife borrowed George Clooney’s private jet to speed across the Atlantic after her ludicrously extravagant $500,000 baby shower?

It’s a sad thing to watch a man unravel like this — especially because he just wants to please his wife. 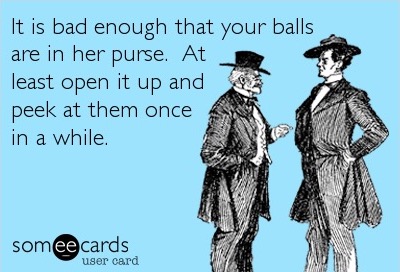