This psycho chick is cray-cray. There’s so much wrong with this video it’s hard to know where to start.

What kind of a bizzaro-world mindset does it take to call a Mexican woman who supports Trump and the wall a ‘racist’?

And why do so many of these angry leftist chicks have the same heavy-set figure, ill-fitting clothes and butch haircut?

Is there some kind of club with a mandatory dress code?

Is it like a biker gang for obnoxious leftists, minus the cool jackets and badass reputation?

See how many different strains of stupid you can count with this chick.

We start with the bitching and moaning about some stranger’s hat in a public place — it would have cost her nothing to ignore it and carry on with her life. But everyone is entitled to her fetid opinion… whether they want it or not.

Then she tells the woman filming to stop, that it’s against the law. (It isn’t. Is she too thick to realize the post office is probably filming her too?)

She calls for the manager to complain that she’s being ‘illegally recorded’ while in a public place.

She calls the Mexican woman a ‘racist’ for liking Trump and the wall. Mexican woman. Take a moment and think about the kind of mind that can sling that kind of an insult unironically. (Is it any wonder that people are starting to think Trump Derangement Syndrome is a legitimate problem?)

Miss snowflake slaps at the Mexican lady’s phone and then immediately complains ‘she hit me’.

She is exceptionally rude to everyone around her.

The MAGA fan who’s proud of her President keeps her cool, even laughing at how the angry chick is trembling as she tries to take her phone out and film her.

The snotty chick snaps at the teller for her receipt.

Then she takes a photo of the letters in Ms MAGA’s hand to ‘get her address’… is this crazy woman seriously going to planning to Dox a stranger over the offence of wearing a hat in public?

Has she taken a look at the dog’s breakfast she chose to wear out of the house this morning? Nobody’s called the fashion police on her. Those socks alone! 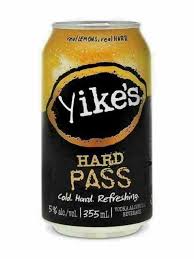 She should have just taken that as a win and carried on with her life.

But no, the angry manatee got offended, and she had to have a public tantrum.

They still haven’t figured it out yet, have they? That stupidity like this is part of how Trump won in the first place.