Hey AOC: when you have to keep changing your story how can anyone take you seriously?

Occasional Cortex caught heat for switching to an ‘ethnic’ accent that everyone called out as fake and ‘put on’ when she was speaking to a Sharpton crowd.

How bad was it? She was being compared to Hillary’s ‘I ain’t in no ways tired’ line. She was being called out by people of every racial background for race-faking.

Some of the go-for-the-jugglar tweets were along the lines of ‘this is what blackface sounds like’.

She played out her already-well-worn victim card…

Any kid who grew up in a distinct linguistic culture & had to learn to navigate class enviros at school/work knows what’s up.

My Spanish is the same way.

Oops. The claim that she used the ‘same accent’ in those other places was proven to be a lie.

Next time you‘re told straight hair is “unprofessional” & that speaking like your parents do is “uneducated,” then you can complain about code-switching.

Assuming a different speech because of people who don’t speak the same as you is just suggesting they’re not intelligent enough to understand you.

We see the perceived “costs” to not code-switching all the time.

Can’t tell you how many young people in our community don’t have the confidence they should bc they didn’t grow up learning secondary speech.

Their talents get stifled by “respectability,” despite enormous gifts.

So you grew up learning how to talk black so you could make blacks feel more comfortable when you spoke to them?

This blame-shifting isn’t going so well for her.

And there’s more where that came from.

Anything from matter-of-fact logical responses to her complaining…

To some more pointed responses…

Ouch! But she had that coming with her ‘how ’bout that’ line when she called herself the boss.

Here’s someone on Twitter who not only thinks Occasional Cortex’s story is a load of crap, but is really offended by the CONTENT of the ideas she delivered in her ‘ethinic’ voice.

[The language gets spicy, so if that offends you, skip over the first part.] 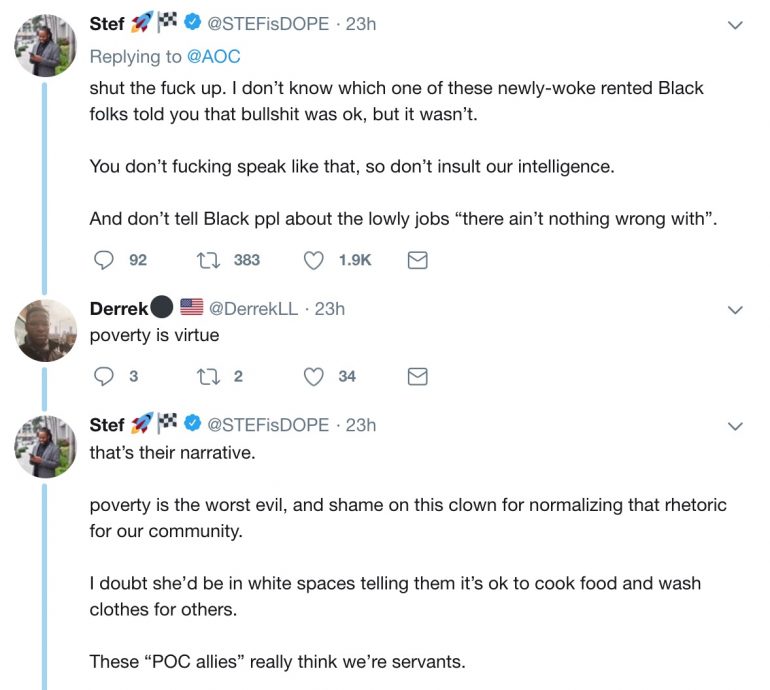 No wonder he’s pissed. He’s a successful guy, and he probably worked damn hard to get that way. 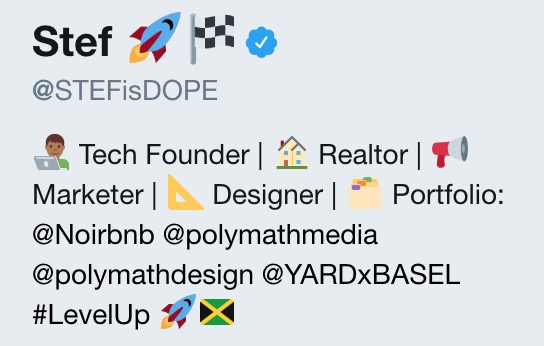 This whole ‘intersectional coalition’ strategy doesn’t seem to be going as well as they’d hoped, does it?