Remember when Senator Bernie ‘The Bolshevik’ Sanders praised Venezuela as being the REAL example of the American Dream? We’re not going to let him forget it:

These days, the American dream is more apt to be realized in South America, in places such as Ecuador, Venezuela and Argentina, where incomes are actually more equal today than they are in the land of Horatio Alger. Who’s the banana republic now? — Source: Bernie Sanders Official Senate Page 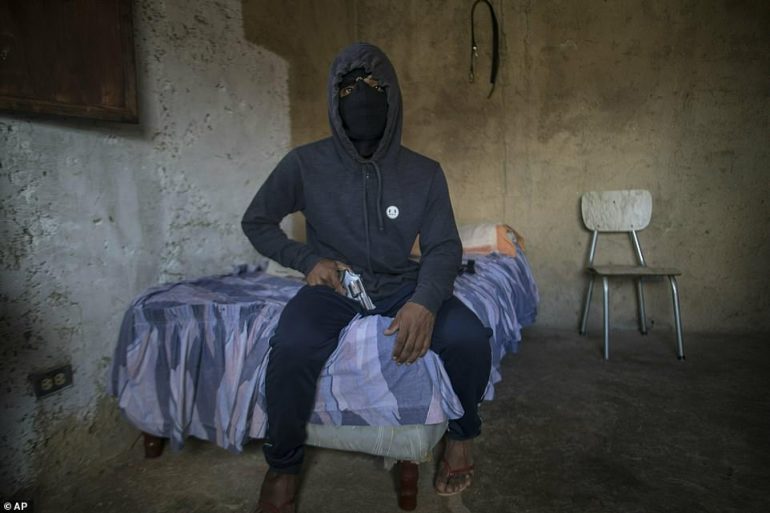 When everyone except Hugo Chavez’s multi-billionaire daughter has ZERO dollars, I suppose he is right to say they are all equal. But is that really a good goal?

Meanwhile, in Venezuela, Caracas is now one of the most violent cities in the world.

Imagine that — life becoming cheap in a Socialist Paradise. Do you suppose that has EVER happened before in history? Hmmmmm…

What is Caracas seeing that makes it worse than other craptastic hellholes?

The gangsters make money by kidnapping ordinary citizens off the streets and demanding ransoms that can be as little as a car or fancy watch, but such meagre items still represent a tidy profit in the impoverished nation.

Venezuela has been ruled by Russian-backed Nicolás Maduro for five years, and the country was at the centre of a stand off between Vladimir Putin and Donald Trump this year as the White House tried to support Juan Guadio who claimed to have won an election.

However Maduro clung to power and socialist rule continues in the nation amid soaring hyper inflation that is making many of Caracas’ hardened criminals consider leaving the country.

Feared Caracas street gangster El Negrito, 24, sleeps with a silver revolver under his pillow and says he’s lost track of his murder count.

El Negrito says the hyperinflation has disrupted his bloody track record and firing his gun has become an expensive luxury. Ten bolivars – now worth just $1 – used to get you a gun, now that doesn’t even get you a pack of cigarettes.

‘If you empty your clip, you’re shooting off $15,’ said El Negrito, speaking to The Associated Press on the condition he be identified only by his street name and photographed wearing a hoodie and face mask to avoid attracting unwelcome attention. ‘You lose your pistol or the police take it and you’re throwing away $800.’

He leads for-hire hoodlums called the Crazy Boys, a band that forms part of an intricate criminal network in Petare, one of Latin America’s largest and most feared slums.
Source: DailyMail

Did you catch that? It’s gotten so bad that even some of the criminals are leaving.

Lost track of his murder count, he says. Try to imagine the enormity of that statement. How many people does someone have to murder before you no longer know how many corpses you’ve left in your wake?

The gangster, who agreed to an interview with two associates at their hillside hideout in Caracas, said his group now carries out roughly five kidnappings a year, down considerably from years past.

Such express abductions are big business. Typically, a victim is nabbed and held hostage for up to 48 hours while loved ones scramble to gather as much cash as they can find, with kidnappers focused on speed and a quick return rather than on the size of the payout.

El Negrito said the ransom they set depends on what a victim’s car costs, and a deal can turn deadly if demands aren’t met.

But like many of his associates, he has considered leaving the trade in Venezuela and emigrating.
Source: DailyMail

Where do you suppose he’d want to go next?

Some country with an insecure border, perhaps? Where he can avoid that whole issue of customs?

Actually, the thing he says next makes a strong argument for the debate over the Rule of Law we have been having here in the States.

He said some people have quit the world of crime and sought more honest work abroad, fearing stiff penalties in other countries where laws are more enforced.
Source: DailyMail

People are more inclined to honest work in environments where there is a meaningful deterrence to crime?

You know, wouldn’t want someone like that guy to slip through and be tempted by the prospect of giving up a life of crime.

Nah, much better to keep the laws (and the deterrence) lax like they are in Venezuela. Because, obviously, that’s working out so very well for the good people of Venezuela.