Was this suicide? A political protest? A stunt gone wrong? It’s hard to say.

If you’re the kind of news hound who reads international stories (like yours truly) you might already be familiar with the concept of ‘protest by self-immolation’.

If it was a protest, full credit for commitment to the cause, but it’s kind of a short-sighted method, don’t you think?

Here’s the catch, though.

Normally you see it in countries that have a strong belief in reincarnation. You know, somewhere that there’s not QUITE so much at stake if you can just get a do-over in the next life.

Although to be fair, his name WAS (yes, WAS) Arnav Gupta, so maybe that still had something to do with it here.

He had been reported missing by his family around the time that he was seen setting himself on fire on a lawn at Ellipse Park near the White House.

Gupta was from Bethesda, Maryland. His motive for the deadly stunt remains unclear.

He was reported missing by his family after leaving his home at 9.20am. Three hours later, he was filmed setting himself on fire.
Source: DailyMail 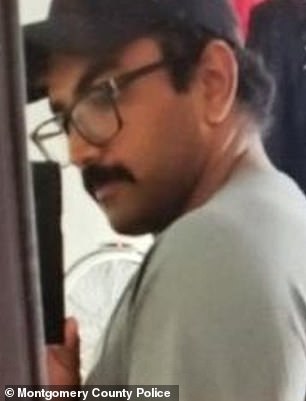 Not far from the White House, Mr. Gupta doused himself in gasoline and set himself alight. 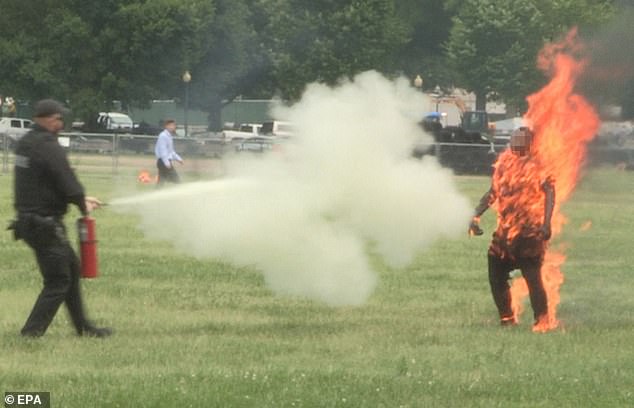 That went about as well as one might expect:

@FoxNews Video of the person that was literally engulfed in flames on the #WhiteHouse lawn. Unbelievable pic.twitter.com/4IS37Rndme

Do NOT try this at home, kids.

Authorities were there in seconds, putting out the flames, but the damage was done.

Several seconds later, U.S. Secret Service staff could be seen towards him with a fire extinguisher to put out the blaze.

It occurred less than a mile from the White House.

He managed to stand upright before officials got to him, amid reports that he was wearing a protective suit which would have given him some protection from the flames.

Gupta suffered burns on 85 percent of his body and there was a suspicious package on fire near him which was also extinguished, according to TMZ.

He was later transported to a nearby hospital with ‘life threatening’ injuries.Source: DailyMail

Unsurprisingly, he succumbed to his injuries.

Whatever it was that drove him to take such an irrevocable step, it wasn’t one that was looking out for his own well-being — or that of the relatives he was leaving behind.

As we can see, the core ideas that we anchor our life and thoughts into really DO matter, sometimes in some really unexpected ways.