Do NOT try this at home kids. It doesn’t end well.

What, was racing a train across an intersection too ‘pedestrian’ for this guy?

Did he just finish a marathon of car-racing flicks like Fast and Furious or The Transporter, and the driver felt a need to show off like he could do it too?

Was he just so damned impatient that he figured this dumb stunt was worth the risk?

Or did he just look at the bridge and say to himself, ‘Doesn’t look so tough. I could probably make it’. 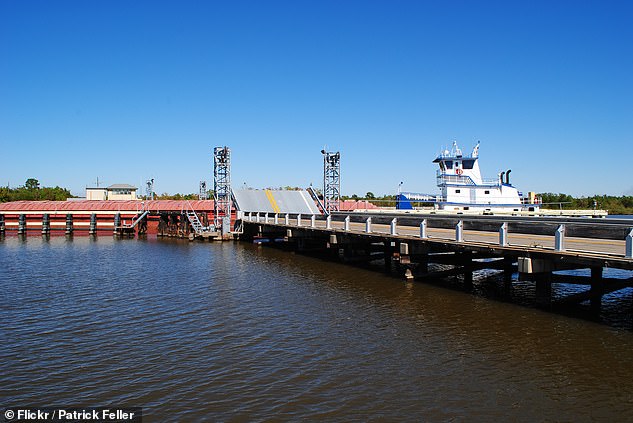 [Narrator: His Chevy Cruze was NOT able to ‘make it’.]

Of course, we’ll never know why he did something so reckless. Because we can’t ask him. 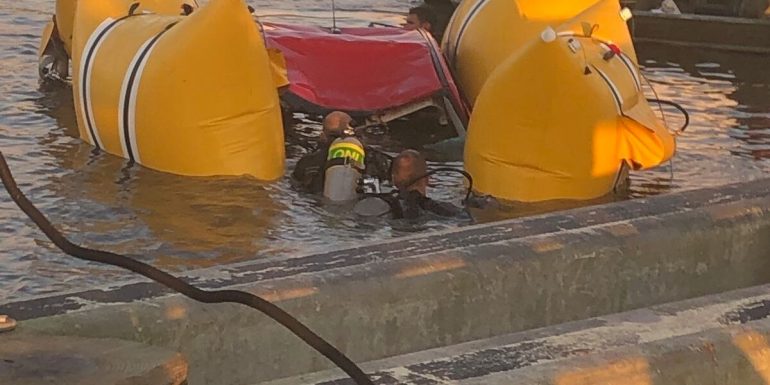 Alejandro Cazares, 23, of McAllen, Texas, and Roberto Alejandro Moreno, 32, of Edinburg, Texas, were both pronounced dead at the scene.

Trooper Derek Senegal, spokesperson for Troop D, said the men were traveling south on La. 384 (Big Lake Road) in a 2016 Chevrolet Cruze, when they came to a pontoon bridge that was closed to vehicle traffic to allow a boat to pass on the Intracoastal Waterway. The bridge has a pontoon section that swings out to allow ships to pass and a ramp on each side that lifts up.

A witness told state police that Moreno, the passenger, got out of the vehicle and pushed the gate arm up, allowing Cazarez to drive under the arm and pick up the passenger.

Cazares proceeded toward the ramp at the end of the bridge, stopped briefly, placed the vehicle in reverse, then accelerated forward in an attempt to jump the waterway and land on the other side of the bridge.

The vehicle landed in the water and sank to the bottom of the waterway.

The driver was unable to get out of the vehicle and the passenger’s body was found outside the submerged vehicle.
Source: WAFB

Maybe if they knew the real story about the toll all the stunts the Duke Boys were known for took on the iconic Orange Dodge Charger, he would have thought twice about it.

In the beginning, a couple of cars were wrecked by flipping over during a jump until ballast, in the form of sand bags or concrete, was put in the trunk. It is believed, according to Road & Track, that more than 300 1969 Dodge Chargers were totaled during the run of the show, many because of bent frames from jumping.

If, by some chance, a stuntman actually lost control, the film of the accident was written into the show. Because of the number of cars that were destroyed, the producers had people going through parking lots and flying over residential homes offering to buy any 1969 Dodge Chargers that were found.
Source: VintageNews

There are better ways to make the news besides being a dumbass.

Sadly, the best they could now hope for (so to speak) is a Darwin Award nomination.

You can help make their untimely deaths still mean something. Help others learn from their mistakes.

Stupidity really can kill you — pass it on.

We Are Guinea Pigs in a World-Wide Life-Altering Experiment
May 11th, 2021 TCP News