Aside from Team Obama, Iran has been recognized as a rogue nation since the days of the Carter Administration.

This is the latest chapter in a long and sordid drama with crackpots from a rogue regime.

For a very long time, they have been actively destabilizing nations around the region by funding proxy wars with rival governments, including:

And who can forget this outrageous moment in our ‘relationship’ with Iran:

We are only NOW learning about a massive bomb plot Iran’s Hezbollah was caught orchestrating in London with Obama still in office — and yet Obama and Kerry STILL backed the Iran deal. Three tonnes of bomb-making materials. That’s significantly larger than the one that was unleashed on Oklahoma.

Iranian-linked terrorists were caught stashing three tonnes of bomb-making materials in London in 2015.

It was just months after the Iran nuclear deal was secured. But MPs + the public have never been told.

This is the same Hezbollah that flourished, and matured into a Billion-dollar crime cartel because Obama’s admin actively blocked Project Cassandra’s efforts to nab key leaders.

And now that the sanctions are starting to dry up Iran’s ‘Mad Money’ even WaPo is acknowledging the impact it’s having on Iran’s ability to sponsor state terror.

U.S. President Donald Trump blamed Iran on Friday for attacks on two oil tankers at the entrance to the Gulf despite Tehran’s denials, stoking fears of a confrontation in the vital oil shipping route.

Iran has dismissed earlier U.S. charges that it was behind Thursday’s attacks that crippled two tankers and has previously threatened to block the Strait of Hormuz, through which a fifth of globally consumed oil passes, if its oil exports were halted.

Here’s where we’re seeing that on a map: 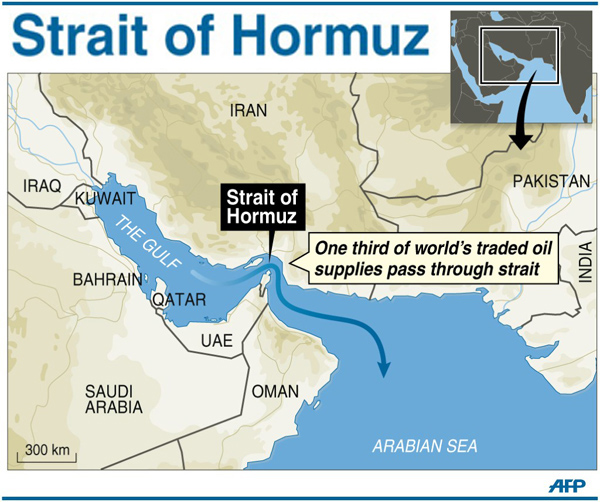 Iran denies responsibility, but it makes you wonder why this happened:

U.S. officials have told Fox News that the crew of one of the two stricken oil tankers damaged outside the Persian Gulf were detained by the Iranians Thursday after first being rescued by another merchant vessel.

The crew of the Front Altair was first rescued by the Hyundai Dubai, according to U.S. officials, but Iranian gunboats quickly surrounded the ship and demanded the crew be turned over. The captain ultimately relented and ordered his crew to surrender.

The 23 crew members are now being held in Iran. It’s not immediately clear what the next steps are.
Source: FoxNews

The U.S. military released a video Friday it said showed Iran’s Revolutionary Guard removing an unexploded limpet mine from one of the oil tankers targeted near the strategic Strait of Hormuz, suggesting Tehran wanted to hide evidence of its alleged involvement.

Iran denied any role in Thursday’s apparent attacks, which have again roiled the Persian Gulf amid heightened tensions between Tehran and Washington over the unraveling nuclear deal with world powers.

Four other oil tankers off the nearby Emirati port city of Fujairah suffered similar attacks in recent weeks, and Iranian-allied rebels from Yemen have struck U.S. ally Saudi Arabia with drones and missiles.

…The black-and-white U.S. video of the Iranians alongside the Japanese-owned tanker Kokuka Courageous came after its crew abandoned ship after seeing the undetonated explosive on its hull, said Capt. Bill Urban, a spokesman for the U.S. military’s Central Command. It separately shared photos of the vessel, which showed what appeared to be a conical limpet mine against its side.

In the video, the boat from Iran’s paramilitary Revolutionary Guard pulls alongside Kokuka Courageous at 4:10 p.m. Thursday. The Iranians reach up and grab along where the limpet mine could be seen in the photo. They then sail away.

Analysts say Iran, if involved, wouldn’t want investigators to find an unexploded mine because they could check its serial numbers and other attributes to trace it.

“The U.S. and the international community stand ready to defend our interests, including the freedom of navigation,” Urban said in a statement. “The United States has no interest in engaging in a new conflict in the Middle East. However, we will defend our interests.”
Source: WPRI