Alexandria Occasional-Cortex, we’ve called her. Mostly because that loud mouth of hers betrays a mind that’s shockingly short on facts.

For those who count on her to spout off stupidity as a source of derisive laughter, she’s more regular than Yellowstone’s “Old Faithful”.

Her latest stupidity was to compare the immigration detention centers on our Southern border (which can be avoided by simply NOT crossing into our country illegally), to the Nazi Holocaust.

Steve’s cartoon response gives her the mocking she rightly deserves: 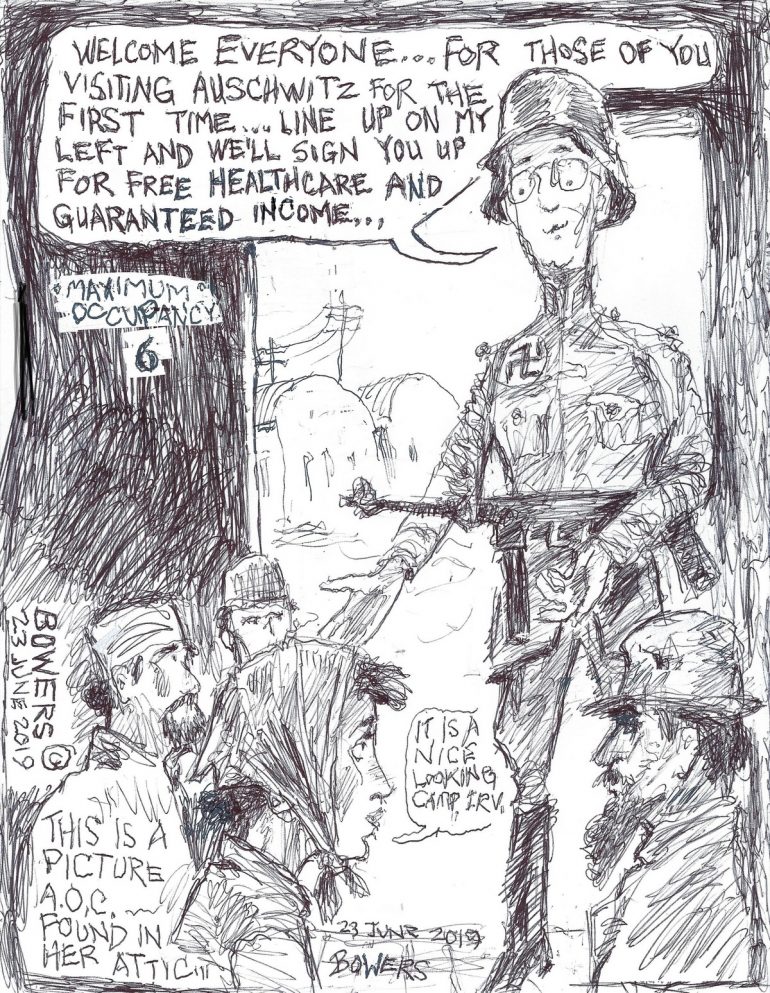 As the kids say these days, ‘Oof’.