For anyone intellectually honest, this will put REALLY New York’s ‘Third Trimester Abortions’ in a whole new light.

A (very) little girl named “Saybie” was never supposed to last more than an hour. That’s because she only weighed 8.6 OUNCES when she was born.

Why was she so small? That’s because she was born in December, only 23 weeks and 3 days into her mother’s pregnancy.

A baby born into this world at 23 weeks and 3 days has lived long enough to be released from the hospital into the care of her family.

Should that perhaps make us rethink our definitions of ‘viability‘?

Doctors told her distraught mum and dad after the birth that they would only have about an hour with their girl before she died.

The delighted new mother, who does not wish to be named, appeared in a video announcing the miraculous survival.
Source: Sun 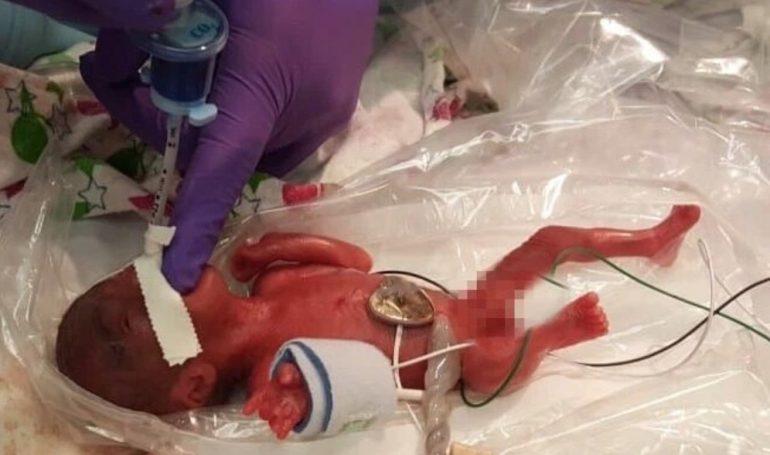 More than five months have passed since the birth – and little Saybie has gone home as a healthy 5lb infant.

The baby’s family gave permission to share the story but wanted to stay anonymous, the hospital said.

They allowed the girl to go by the name that nurses called her: “Saybie.”

Her ranking as the world’s smallest baby ever to survive is according to the Tiniest Baby Registry, maintained by the University of Iowa.
Source: Sun

When it was time to go home, the nurses had a ‘graduation ceremony’ for her 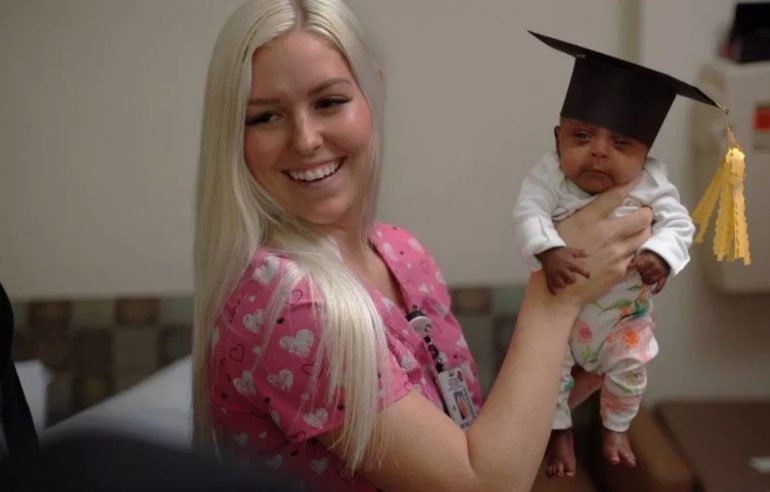 And if that story is not dramatic enough to convince the ‘clump of cells people’ that their worldview needs a re-think, let’s roll back the clock even earlier in the pregnancy for a family who didn’t have quite so joyous an ending.

Sharran Sutherland, 40, had a stillborn baby at 14 weeks.

The flint-hearted doctors who ‘cared’ for Sharran didn’t recognize that her unborn child was loved, wanted, and mourned for — they wanted to treat that stillborn child as ‘medical waste’.

Babies can’t legally be classified as a baby until they’re 20-weeks-old in certain states in the US – meaning that Miran would have been disposed of as medical waste by the hospital if his parent’s hadn’t intervened.

So mum-of-11 Sharran and her husband Michael, kept their baby in their fridge for a week before burying him in a flowerpot under a hydrangea bush.
Source: The Sun

Here is what ‘medical waste’ almost looked like in her home State of Missouri. 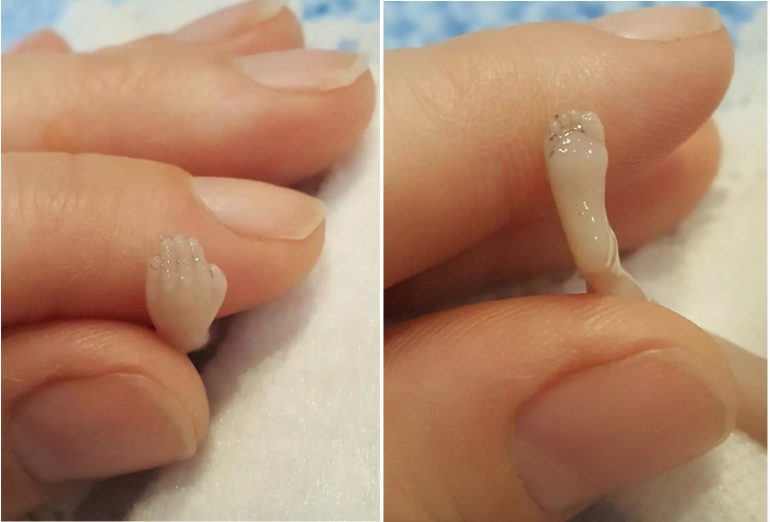 “You have those baby books that show you diagrams of a baby in utero but he didn’t look like anything I had ever seen. I was just filled with such awe and amazement with him.

“He just needed to continue maturing and growing and developing. It blew me away. It was an incredible feeling. It’s really hard to describe.

“Even though he had died, I was given that chance to hold my baby still. That longing was fulfilled. I was grateful for that. I couldn’t fathom it.”

She says that unborn babies are “dehumanised”, and that the way we see foetuses affects not only women who elect to have terminations but also mums who lose their wanted babies.
Source: The Sun

When we rob these little ones of their humanity, the babies aren’t the only ones who pay the price for it.

Even though that baby never saw the light of day, granting it the dignity of being thoroughly HUMAN was itself a comfort to the grieving mother. 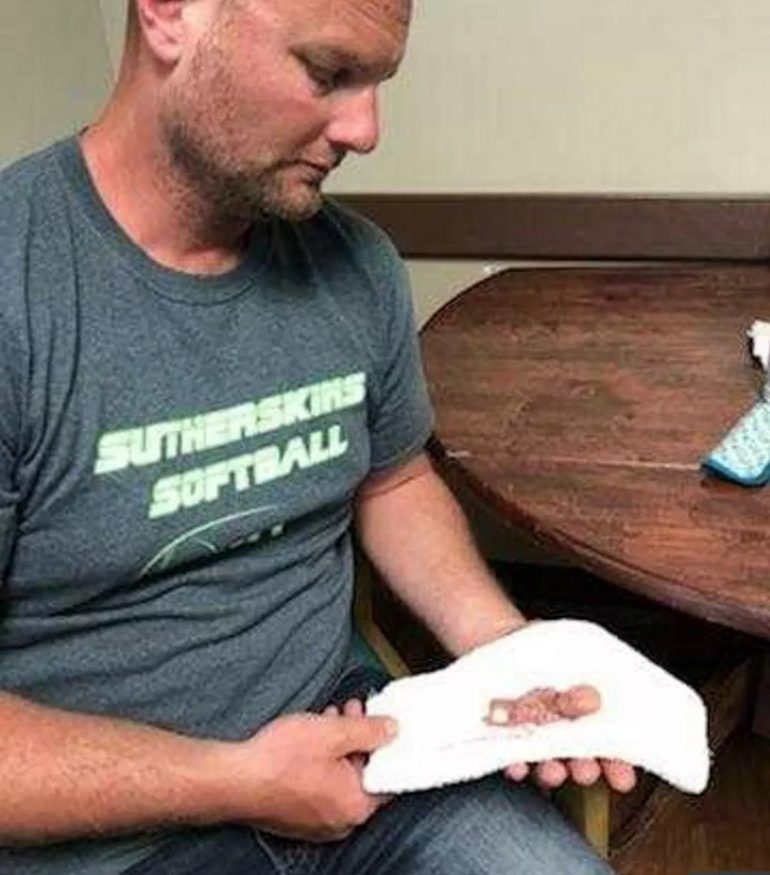 Parents Sent Their Kids’ Face Masks to a Lab, the Toxins They Found Will Horrify You
June 18th, 2021 Flag And Cross

Victoria’s Secret Is Ditching The Angels To Rebrand With Megan Rapinoe, A Transgender Model, And A Podcast
June 18th, 2021 Clash Daily