The Left no longer even pretends to support abortion that’s ‘safe, legal and rare’. It’s openly celebrated as almost a Secular Sacrament, and they used their Democratic super-majority to push it through.

This law will DEFINITELY be challenged in court — on the basis of religious freedom if for no other reason.

The ACLU is already planning to use this to shoot down any other law placing restrictions of any kind against abortion.

What does the new law in Illinois look like?

For one thing, there is ZERO interest in whether the baby in utero is viable to live outside the womb or not. The mother has full discretion to abort right up to the moment of birth.

In the words of Thomas Moore Society VP Peter Breen:

This act is barbarous. Its definition of ‘viability’ expressly excludes many babies who today live and thrive when born premature – these babies now have zero legal rights or protections, under this law.

What other surprises does it have in store?

Well, you no longer need a medical license to perform an abortion. (Which somehow ‘protects’ women’s health care rights???)

The bill also removes licensing requirements for medical professionals conducting abortions, mandates that all insurance providers within the state pay for abortions in full — even Christian health-share insurance options — and permanently repeals protections for doctors and other medical professionals who refuse to take part in performing abortions. It also strips away any remaining licensing and inspection requirements for abortion clinics in the state — even though several have been targeted for unsafe practices — and repeals penalties for providing abortion services without a license.

Worse, the bill changes the legal language of the state’s bevy of laws on “reproductive rights” in an effort to ensure that abortion is treated as a “fundamental right” by the Illinois constitution and legal code. Without any specifications on what constitutes a “fundamental right,” it is likely only a matter of time before the new law is used to challenge existing parental notification laws and mandatory reporting laws.
Source: DailyWire

So, basically, the state is demanding you obey IT rather than your conscience, and there is now officially greater State oversight over a child’s lemonade stand or a tattoo shop in Chicago than there is over the licencing and inspection of someone performing abortions. 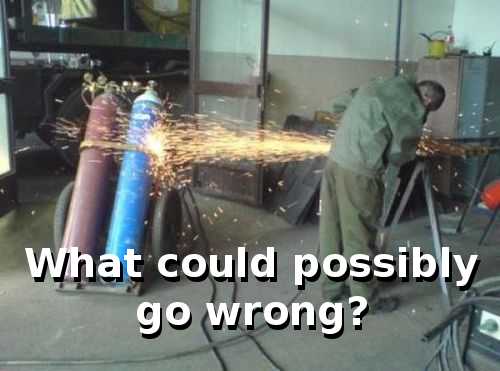 Gee, we’ve never seen THAT story end in tragedy before, have we?

Oh wait, we have — there was even a movie made about it. ‘Gosnell: The Trial of America’s Biggest Serial Killer’ Is About To Rock 750 Theaters

But it’s all done in the name of ‘women’s rights’. Be sure and explain that to the public if the time comes (as it probably will) when a story of some poor woman getting a serious infection — or perhaps even dying — in Gosnell-like filthy conditions somewhere in South-side Chicago makes the local news.

If the Federal government cuts back on the inspection of food, the Left freaks out. But let them argue for unlicenced ‘professionals’ to use the honor system in how they maintain their buildings and tools, and the Democrats are suddenly opposed to such ‘needless’ government intervention.

The millions of dollars Planned Parenthood dumps into political campaigns wouldn’t have anything to do with those ‘newfound convictions’, would it?