The ‘oldest’ profession. Teen Vogue is now telling its teen readers to think of sex work as valid. Of course they are.

So, what are they saying about this ‘completely valid’ career path?

It’s an op-ed that Teen Vogue editors thought was worth running:

Here’s who wrote it:

“In this op-ed, Tlaleng Mofokeng, MD, founder of Nalane for Reproductive Justice, explains why she believes sex work should be decriminalized across the globe.”

It was entitled: Why Sex Work Is Real Work

Objecting to Amsterdam’s push to end the guided tours of the seedy side streets in the Red light district, the author of the piece said:

This situation in Amsterdam, and the continued criminalization of sex workers around the world, is yet another example of how we disregard the needs and opinions of the people most impacted by policies. But even more so, it’s another example of how we misunderstand what sex work actually is. I am a doctor, an expert in sexual health, but when you think about it, aren’t I a sex worker? And in some ways, aren’t we all?

Nope. We’re not ‘all sex workers’, you ridiculous quack.

She goes down all the well-worn activist paths in framing her position.

Framing her position as ‘protection’ of the ‘worker’ and their dignity:

I find it interesting that as a medical doctor, I exchange payment in the form of money with people to provide them with advice and treatment for sex-related problems; therapy for sexual performance, counseling and therapy for relationship problems, and treatment of sexually transmitted infection. Isn’t this basically sex work? I do not believe it is right or just that people who exchange sexual services for money are criminalized and I am not for what I do. Is a medical degree really the right measure of who is deserving of dignity, autonomy, safety in the work place, fair trade and freedom of employment? No. This should not be so. Those who engage in sex work deserve those things, too.

She plays the ‘oppressor’ card, making the ‘repressive’ government the real villain in the story. She even played the ‘violence’ and ‘stigma’ cards:

Still, continued criminalization of sex work and sex workers is a form of violence by governments and contributes to the high level of stigma and discrimination. A systematic review and meta-analysis led by the London School of Hygiene and Tropical Medicine (LSHTM), for instance, has found that sex workers who have experienced “repressive policing” (including arrest, extortion, and violence from police) are three times more likely to experience sexual or physical violence.

You gotta hand it to her, she knows how to couch her arguments in the language of her audience.

How could a leftist zealot NOT find themselves nodding with something opposed to such a dangerous patriarchial structure as illegal prostitution?

She tries an economic argument talking about the financial dependents of these sex workers.

(Which presupposes they would not find some other means of support.) She unironically promoted her proposal at an AIDS conference in Amsterdam.

And of course, she played the women’s rights card.

Further, the impact of continued criminalization of the majority of sex workers, most of whom are cisgender women and transgender women, mean that sex worker rights are a feminist issue.

To support women’s rights presupposes you will join her in supporting the decriminalization of ‘sex-work’.

She lets the cat out of the bag with her concluding statements.

1) She wants funding to ‘decrease stigma’.

2) She objects to law reforms based on morality.

Here’s the problem. She can’t live up to her own standards: she has a particular view of transactional sex as acceptable, and she is pushing HER view of morality to advance legal changes.

Not everyone shares that view of transactional sex. What’s more, there are a great many people who find themselves in that position because they have been trafficked, hooked on substances, or otherwise coerced into joining that life.

Some of the pieces we’ve written by people who’ve ‘been there, done that’ do NOT line up with this op-ed at all.

This was written by someone who got out of ‘the business’:

She tried to ‘get out’. But the guy who recruited her shortly after her 18th birthday kept reeling her back in.

Already, she was having a hard time making ends meet. So I asked her if she understood that old religious men were the ones who had made up the moral rules prohibiting her from participating in her website. I began pointing out inconsistencies in the Bible. After having spent so much time with her – at one time she even lived with me – I knew how best to manipulate her into seeing things my way. She’d come back to the lifestyle every time.

And as time went on, things only got worse. I made her do things that she had refused to do at first. Sometimes Mindy would protest, but she knew she wouldn’t earn any money if she didn’t do it. She started identifying as a prostitute, and started taking drugs. I guess they made it easy to do what she was doing. She bounced from house to house, living with random older men who’d use her for a time and then send her on her way. One result of this is that she has no idea who her son’s father might be.

I wish there was a happy ending to Mindy’s story, but there’s not. Not many months ago, she called in tears, begging me to adopt her two kids. The state had taken them one too many times, and she was no longer eligible to have them returned to her. Her social worker had informed her that a close friend or family member could be given priority, and she wondered if I would be willing, as the rest of her family was not. I gave it thought and prayer, but realized I’m not equipped to take them on.
Source: ClashDaily

On paper, this was all done entirely with the woman’s consent. But, by design, it was an offer she was too conflicted to refuse.

What advice would the ‘good doctor’ have to offer THAT poor distraught woman? Just ’embrace’ the role of a prostitute? Tell her that being used as a commmodity by ‘men’ who don’t care about her physical or mental well-being is somehow ’empowering’?

Or telling her that there is a better way to live. One that offers her dignity and humanity? One that sees her as a whole person, and not just a reluctant receptacle for some stranger’s baser urges? 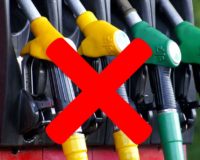 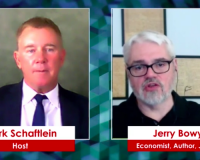 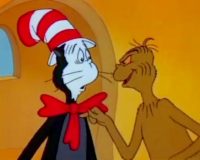