Mark Zuckerberg can’t be happy about this development.

The Federal Trade Commission has secured the rights to investigate Facebook Inc for possible “unlawful monopolistic behavior.” This is in addition to the current FTC investigation into possible privacy violations committed by Facebook Inc.

Facebook isn’t alone, though. The Justice Department would oversee an investigation into Google and Apple for “anti-competitive practices.”

The Federal Trade Commission (FTC) will lead an antitrust investigation into how Facebook Inc’s practices affect its digital competition as part of an arrangement that would give the Justice Department control over possible Google and Apple probes, news of which caused stock prices to tumble on Monday, wiping more than $149.4 billion off the value of some of America’s biggest technology firms.

The FTC and the Justice Department both oversee antitrust issues in the U.S. and must establish who will take the lead in different investigations into competitive practices.

On Monday, after news of the possible investigations was made known, stock prices dropped for Google’s parent company, Alphabet, as well as for Apple Inc, Amazon, and Facebook Inc, which took the biggest nosedive with shares dropping 9.3 percent throughout the day.

U.S. antitrust regulators have divided oversight of Amazon.com Inc and Google, putting Amazon under the watch of the FTC, led by Chairman Joseph Simons, and Google under the Justice Department, the Washington Post reported on Saturday.

The DOJ has also landed control over any potential review of Apple, which exerts considerable dominance in the app development space.

The FTC and DOJ dividing up responsibility for examination of the entities doesn’t guarantee investigation, but does set the stage should the government choose to proceed with a review.
Source: Daily Mail

It’s quite something that Sen. Elizabeth Warren is running on the “Break up Big Tech” platform while the FTC and DOJ of the current administration are paving the way for investigations to see if that does indeed need to be done.

Does "Big Tech" Need To Be Broken Up?

I am no fan of Facebook after seeing how the company has abused access to users’ private information for their own profit, continues to allow terrorist organizations to openly post on their platforms while censoring conservatives, and how they’ve bullied their way into cornering the market by buying out competitors. Not to mention the Jekyll/Hyde persona of wanting to be both a “neutral platform” and a publisher able to make editorial decisions.

I say break them up into a hundred million pieces.

Let us know what you think in the comments or on MeWe.

“Big Tech” might be squirming in 2020 just like any Democrat with the bad luck to have to run against President Trump.

“Republican Legion” is throwing the failed gotcha attack October surprise from 2016 right back in their faces. 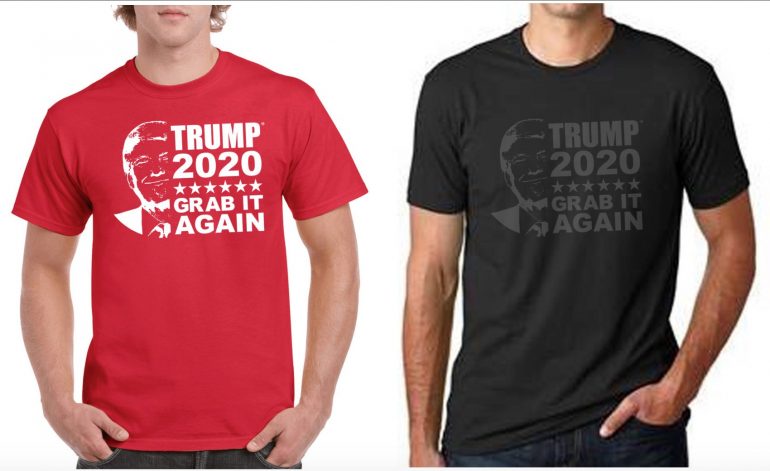 Trump was never supposed to be President, right? And the Billy Bush tape was supposed to torpedo his campaign, right?

It never happened. Hillary did a faceplant on Election Day and has been whining about it ever since.