This is a real change of pace from the guy who lit up the White House in rainbow colors, eh?

The Rainbow crowd will NOT be happy with this move. But it’s a sensible move.

Trump’s administration has been more aggressive than any other President in protecting the lives and freedom of people with non-traditional sexual preferences (whichever letter in the acronym that might be).

He is pressing that laws of countries around the world be amended to decriminalize it.

But that doesn’t mean that their ‘movement’ deserves any special recognition on an Embassy flag.

And why would it? The flag represents the nation’s GOVERNMENT.

What would the outrage have looked like had, say, Dubya been talked into flying this flag alongside the Stars and Stripes, in the support of Religious freedom.: 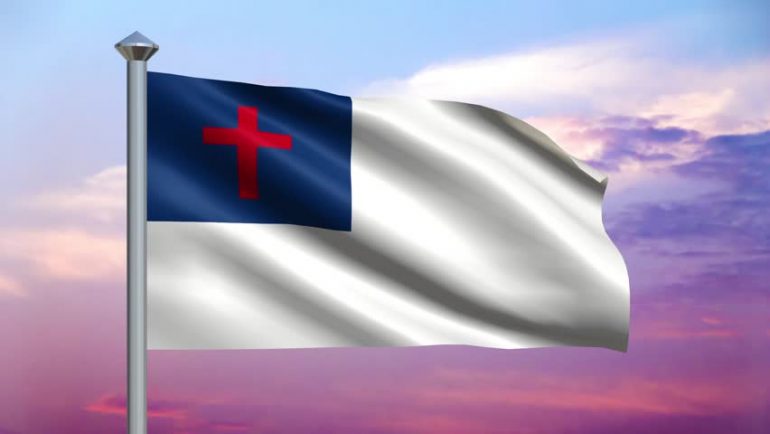 People would lose their minds, right? And they would be right to do so because the flagpole of a Nation was never supposed to be used in the support of a political movement. It’s intended to display the flag, the symbol of the entire nation.

So why does a ‘rainbow flag’ get special preference? 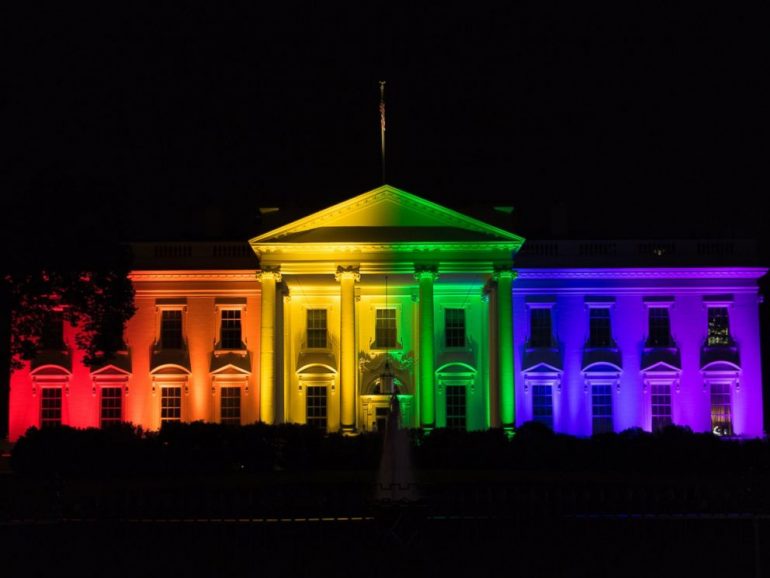 Answer: Because of political pressure from the woke activists, of course.

But Trump — for all of his rough and ready ways — is surprisingly traditional when it comes to things like national symbols. And he’s been holding the line on this front, too.

…Among the U.S. missions overseas that were denied are Brazil, Germany, Israel, and Latvia, one source told ABC News.

In years previous, Washington would give clear directions on how the embassies were to mark the occasion of the ‘Pride’ events. This year was different.

But this year, Pompeo did not approve the cable and instead, the department sent guidance to posts via email that noted it would not transmit an [an official cable for and International Day Against Homophobia and Transphobia] and LGBT Pride Month this year.”

That meant embassies and consulates could still mark both with whatever actions they wanted. But they were not given encouragement as in years past to engage in outreach with local LGBT communities, and they had to again get permission to fly the Pride flag on the official flagpole.

This time, those requests were denied, the sources said. The State Department has not responded to requests for comment.
Source: ABC

Before the activists get their panties in a twist and cry ‘phobia’… they are not forbidden to have events and post banners locally. In fact Grenel will be doing exactly that in Germany:

…”The President’s recognition of Pride Month and his tweet encouraging our decriminalization campaign gives me even more pride to once again march in the Berlin Pride parade, hang a huge banner on the side of the Embassy recognizing our pride, host multiple events at the Embassy and the residence, and fly the gay pride flag,” Grenell told NBC News, which was first to report on the denials.
Source: ABC

But the flag is for the Stars and Stripes.

Don’t worry, the activists will still find reasons to be offended by that.