Have these guys never heard of the Streisand Effect? Yeah, blacklist the whistleblower video — surely THAT will prove your innocence!

Project Veritas strikes again! This time, it’s a GOOGLE insider telling us what’s going on behind the curtain.

And they’ve even got a bigwig spilling the beans in her own words.

But don’t worry — they can silence YouTube, but they can’t stop a private platform they have no control over.

And it’s just a ‘coincidence’ that Google Executives suddenly shut down their social media accounts, right?

NEW: Google executive Jen Gennai @gennai_jen, who said Congress "can pressure us but we're not changing," has deleted her Twitter account. Her Instagram is private, too; it wasn’t before. Google engineer @GauravGite3 has deleted his Facebook. pic.twitter.com/24Qx78rpaZ

Where are CNN and their great ‘defenders of free speech’? Can Jim Acosta not tear himself away from the tens of fans he is ‘thronged’ by to rush to the defence of the First Amendment?

Oh, this story is about friends and political allies of the Democrats? Never mind. They’re not interested. 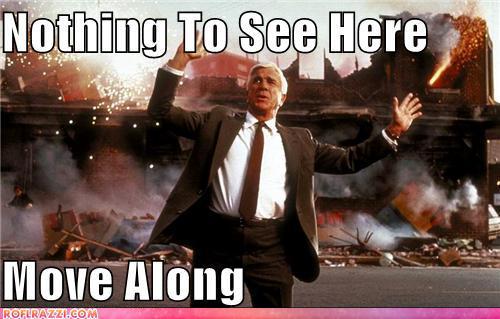 YouTube has axed the video — but you can see all 25 minutes of it here:

BREAKING: YOUTUBE/GOOGLE HAS REMOVED OUR GOOGLE INVESTIGATION as it was approaching 50K likes and a million views. IMPORTANT: Please download it on @bitchute and repost it. https://t.co/chDsGF0QCk

But with all their bleating about how our elections are endangered by a few Russian Facebook posts, and a Macedonian Meme farmer (or whatever the hell it was) pumping out bogus content, you’d think a multi-billion conglomerate that is literally the gatekeeper for most of our online interactions deliberately picking winners and losers, with a stated intent of preventing a repeat of the ‘Trump Situation’ of 2016.

Project Veritas has released a new report on Google which includes undercover video of a Senior Google Executive, leaked documents, and testimony from a Google insider. The report appears to show Google’s plans to affect the outcome of the 2020 elections and “prevent” the next “Trump situation.”

“Elizabeth Warren is saying we should break up Google. And like, I love her but she’s very misguided, like that will not make it better it will make it worse, because all these smaller companies who don’t have the same resources that we do will be charged with preventing the next Trump situation, it’s like a small company cannot do that.”

“This is the third tech insider who has bravely stepped forward to expose the secrets of Silicon Valley. These new documents, supported by undercover video, raise questions of Google’s neutrality and the role they see themselves fulfilling in the 2020 elections.”
Source: American Spectator

Do they think themselves above the law?

So with all those investigations into interference by Russians in the 2016 election — will there be a congressional investigation into Google? In fact, Google executive Gennai already has an answer on what happens when Congress requests Google execs to show up for a hearing:

We’ve long advocated that Tech Giants who play favorites should pay the price of accountability that every other Publisher with editorial control plays: that they become subject to the same laws and potential legal action that print and television media are constrained by.

What’s more, there is a pretty strong case for some illegal ‘in kind donations’ that Google has been providing one party to the exclusion of others.

Could it get worse? Of course it could.

But there's no political bias, honest!https://t.co/Y2afWgJ3tq

Not a good look calling Jews ‘Nazis’, there Google.

Not that any of this should really surprise us. They’ve been pretty open about their desire to force their own brand of politics dowm America’s collective throat, regardless of what individual voters in different parts of the country may personally want.

And we were documenting irregularities on Google searches even before the election… which ‘strangely’ corresponded with the party they supported:

BROWSER BIAS: This Explains Why GOOGLE Seems So Damned Political

And a couple of related stories:

So… what is there to be done if you’re getting that ‘torch and pitchfork’ urge when you read about a Conglomerate deciding that the democratic process isn’t a reliable way of getting the result THEY know is best for us?