It’s exactly the sort of inhuman reaction you’d expect from a group that has spent years demonizing anyone who disagrees with their politics as ‘evil’.

They’ve been conditioning themselves to excuse increasingly violent behavior in the name of ‘the cause’. It’s the danger of their ends-justify-the-means mentality.

If we’re all ‘Nazis’, who cares WHAT they do to us? Everything becomes ‘fair game’.

We see this story play out again and again with people attacked over their MAGA hats… and now, we see an older guy in a MAGA hat getting attacked by an angry mob.

This time, in England.

This is the horrifying moment an elderly fan of the President was assaulted and knocked to the ground during a horrifying scuffle at yesterday’s anti-Trump rally in London.

A mob in Parliament Square rounded on the the man and violently pushed him to the ground while yelling ‘Donald Trump not welcome here’.

It happened at the poorly-attended demonstration where Jeremy Corbyn gave a firebrand speech railing against President Trump and lecturing the crowd about creating a ‘better world’.

The video emerged after another Trump supporter was attacked with a milkshake by a mob chanting ‘Nazi scum’ at the same protest – that was attended by only around 10,000 people.

In the new video, the pensioner wearing a ‘Make America Great Again’ hat can be heard shouting ‘get off’ whilst the other men grab his jacket and pull him.

They then push him down onto the floor, leaving others around them outraged at the brutal forced used against the elderly man.
Source: DailyMail

It wasn’t an isolated incident, either. A day earlier, we saw this exchange:

A Trump supporter is milkshaked by a hostile crowd in Parliament Square.

And who was removed from that second demonstration by the police? The Trump supporter, NOT the guy chucking the milkshake.

Of course, the Left thinks chucking milkshakes at any anyone politically to the Right of Lenin is just hilarious. Not long ago Burger King (ironically) even tried to profit over it… 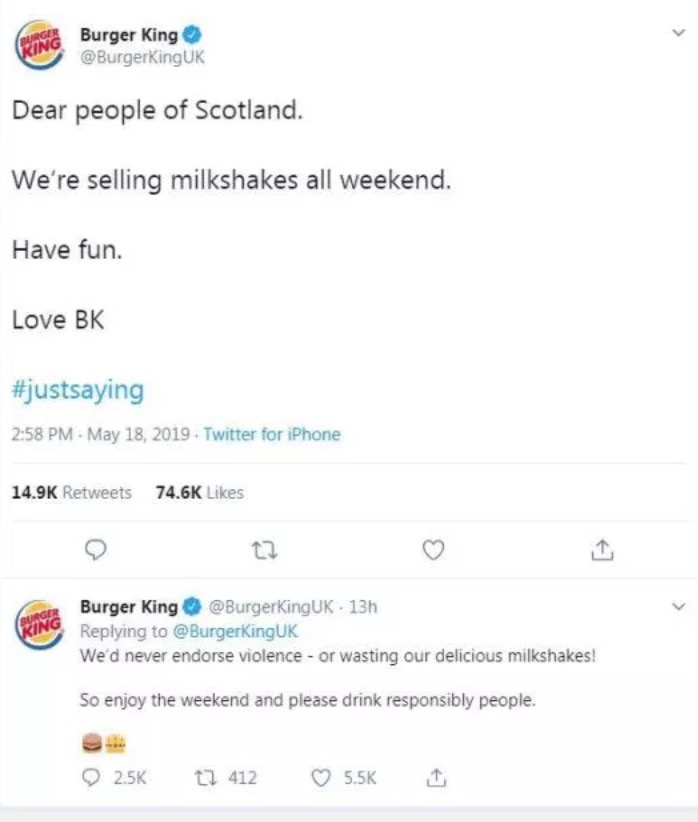 The same people who keep telling us that WORDS are VIOLENCE strangely don’t seem to have any problem with actually assaulting people, and damaging their property.

We keep sharing this video hoping somebody will eventually get the message. But realistically, we know, they won’t learn. They’re pseudo-religious zealots.

The more the authoritarian left shows their true faces, the more likely we are to see Trump re-elected.