It’s good to see somebody is taking this heinous offense seriously.

Now, this may not be exactly what you THINK we mean by ‘castration’. What the government is mandating is pharmaceutical in nature, curbing the sexual impulse.

What this editor would really WANT to see — supposing the death penalty is sadly not an option — would be a more permanent solution. Perhaps one implemented with the aid of a tree stump and the blunt end of an axe-head. 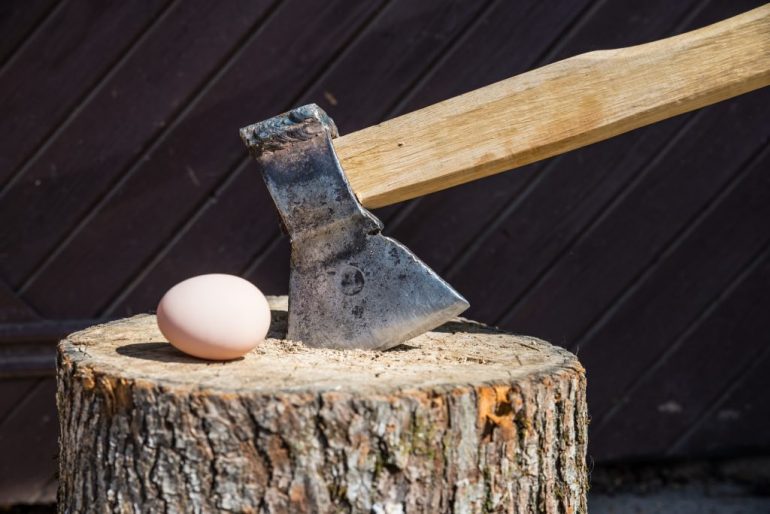 But hey, this is a start.

The bill, known as HB379, would make the measure a condition of parole. Convicted sex offenders would have to undergo chemical castration before leaving prison, both as a deterrent, a punishment and to prevent them from harming more children in the future, reported WIAT-TV, a CBS-affiliated station in Birmingham.

…The law would be used when the abuse victim was between age 7 and 13, according to Alabama Political Reporter. For children younger than 7, Hurst told the political website, there is already legislation in place barring those molesters from getting parole.

Attorney Raymond Johnson told WIAT the measure could be seen as a violation of the Eighth Amendment, which prohibits cruel and unusual punishment, and predicted it would be challenged in court.

“They’re going to claim that it is cruel and unusual punishment for someone who has served their time and for the rest of their life have to be castrated,” he told the station.
Source: Syracuse

Cruel and unusual punishment? That would suggest there is no direct correlation between the sentence and the punishment. The correlation seems quite obvious.

This is the first time Alabama has had such legislation pass both House and Senate… now it awaits the Governor’s signature to formalize it into law.