The President isn’t the only Trump who can troll chumps like a champ. Hey Nike, if the shoe fits…

If you missed the story, Colin Kaepernick is back in the news. Nike was just about to offer something like an olive branch to an America whose sense of patriotic pride they had offended. But then the professionally-offended washed-up athlete-turned-activist did his usual trick.

He protested. In this case, a call was placed to management and shoes that looked like this… 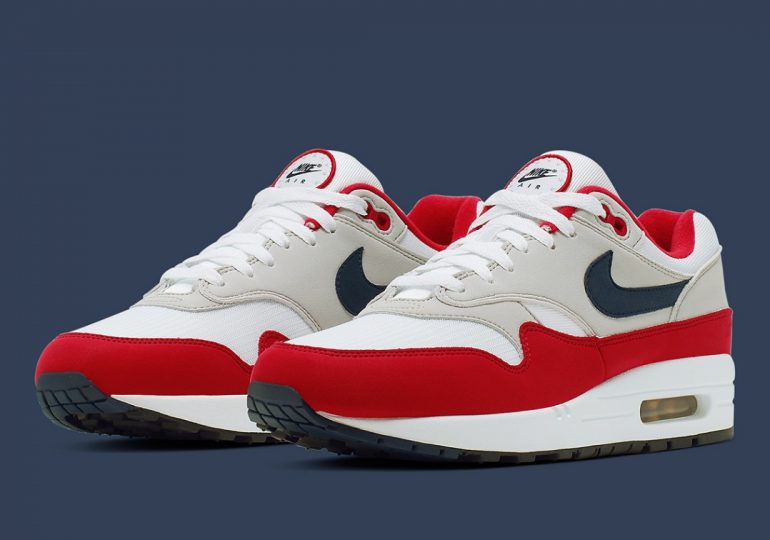 With the ‘Betsy Ross Flag’ here: 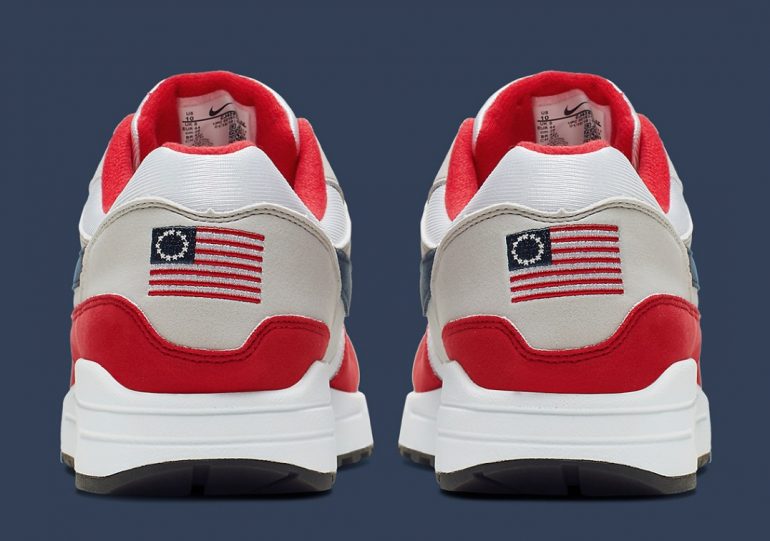 …were suddenly pulled as ‘offensive’ because (some people in some regions of) America owned slaves once upon a time, which makes America irredemably evil.

They caved to the demand and pulled the shoes. 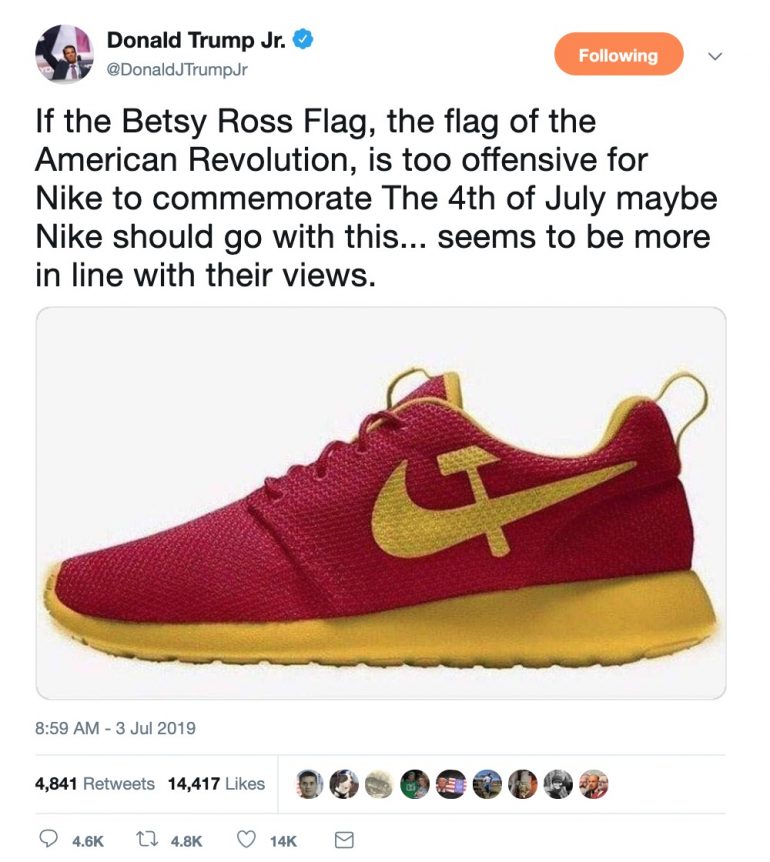 Well, something like 10,000 civilians killed in Tiananmen Square, China banned Winnie the Pooh because he was being used in memes mocking Xi.

China has also been bulldozing Churches, arresting pastors, cracking down on religious expression, and force-feeding pork to Uighur Muslims as part of religious deprogramming efforts in prison camps.

They’ve also been forcing citizens to have unwanted abortions, contributing to our opioid crisis by mailing Fentanyl to American distributors, and if Colin Kaepernick REALLY cares about slavery: China’s Detention Camps for Muslims Turn to Forced Labor

Does Nike object to China’s policies?

Now that we think of it, why is Colin Kaepernick accepting millions of dollars from a company operating in a country where slaves are literally working in factories.

Why does he care about American victims from hundreds of years ago, but turn a blind eye to an existing problem in a country his employers actually manufacture their products in?

He’s an opportunistic fraud piggybacking on social issues for his own glory.

Maybe it’s time the LEFT started calling him out on it.