Elected officials are now making the case NOT to remove human feces from the sidewalks? Because 2019 wasn’t already weird enough.

Are rats, hepatitis and cholera now officially less offensive to the uber-woke left than basic sanitation?

The left’s ‘safe spaces’ are getting more dangerous all the time.

What did you really expect from Seattle, anyway? The NorthWest is working overtime in their efforts to overtake California’s reputation of being the ‘crazy’ part of the Left Coast.

Meet Larry Gossett. He’s a Seattle Councilman. And he objects to how Seattle is dealing with the effect of its homeless problem.

Namely, power washing human waste (the excrement, not the people) from the sidewalks outside of the courthouse.

The crime and smell of urine and excrement have gotten so bad outside a King County courthouse that two judges are scrambling to find ways to fix the situation, reports the Seattle Times.

King County councilmember Larry Gossett isn’t a fan of one solution to power wash the feces from the sidewalks to tamp down on the smell. Power washing the sidewalks is too reminiscent of civil rights activists being hosed down, he said.

The area around the courthouse is surrounded by a homeless shelter and other social service organizations. Multiple assaults, harassment and drugs have been reported to the police in the area near the courthouse. Jurors have taken to asking judges to release them from jury duty and two jurors have been assaulted over the past two months.

“When they come to this courthouse they’re afraid to come in,” said King County Sheriff John Urquhart. “They’re afraid to walk down Third Avenue because what they see.”
Source: DailyCaller

Ok… lemme see if I’ve got this right.

Vagrants actually attacking jurors arriving at the Courthouse — not a priority issue worth tackling.

Potentially hurting the feelings of those same vagrants by triggering ‘memories’ of events that happened long before most of them were even born — THAT’s a problem?

Is he actually afraid that THIS: 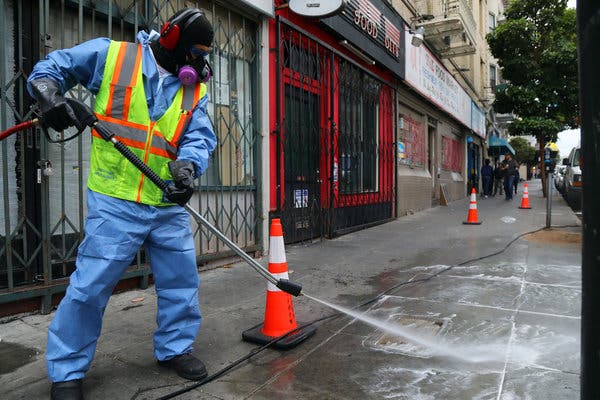 Will somehow be confused with THIS: 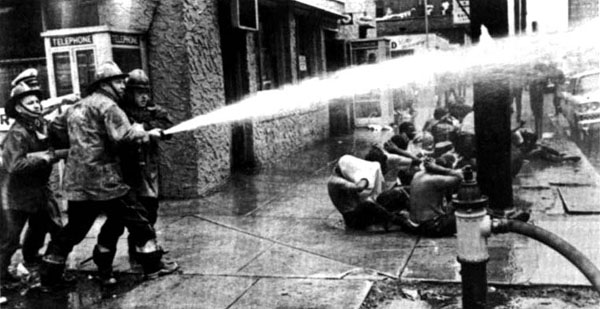 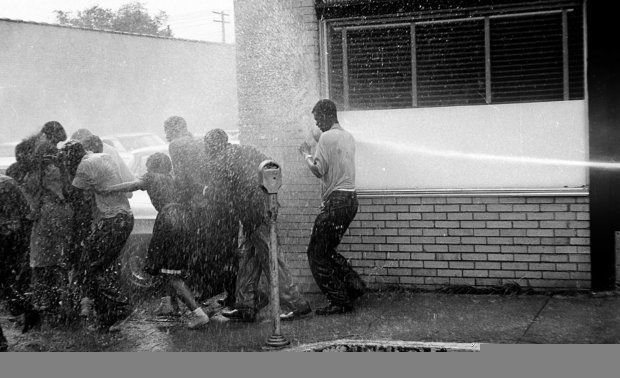 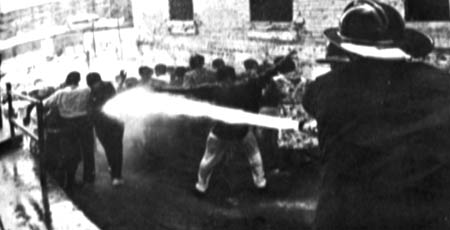 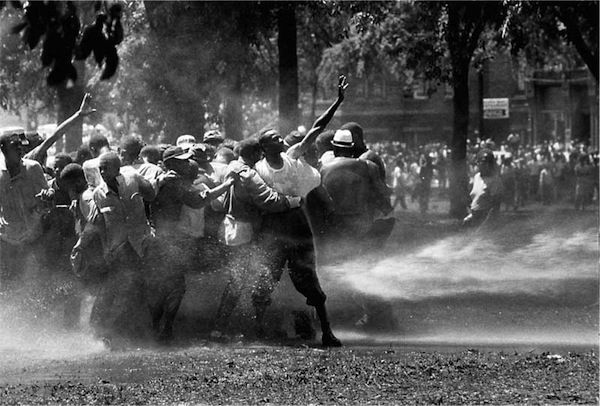 Is that really your final answer?

If the hose solution is so ‘offensive’, how about we nominate Larry to personally go out there every morning with a bucket and a brush, until a more suitable solution can be found. It wouldn’t be long before he changes his tune, I’d wager.

You can do better Seattle.

You can at least TRY.

After all, there’s gotta be someone with half a brain left in your city that’s willing and able to fix what’s wrong it… right?